crankandpiston grabs a quick word with former Formula 1 driver Jan Magnussen to discuss a troublesome (and brief) career with Stewart Grand Prix, a second and successful career in GT racing, why NASCARs are among the most hilarious machines on the planet to drive, and why Jan’s son Kevin will do just fine when he debuts in F1 this season. 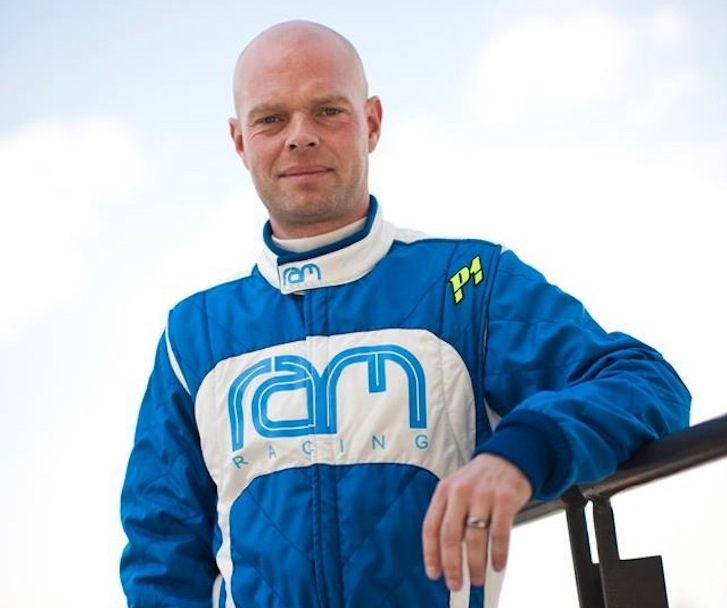 We’re no strangers to fast Danes. Last year, crankandpiston.com grabbed a few words with nine-time 24 Hours of Le Mans winner Tom Kristensen. Countryman Jan Magnussen though is no stranger to victory road at La Sarthe either. Between 2003 and 2009, Jan finished either first or second in-class at the 24 Hours of Le Mans, taking three wins on the bounce from 2004-06. And that’s just one phase of a long and varied career.

In 1994, Jan took an unprecedented 14 wins from 18 races in the highly-respected British Formula 3 Championship, beating a record set by one Aryton Senna. Between 1995 and 1996, as well as a handful of CART races in America, Jan took on – and regularly beat – Dario Franchitti, Giancarlo Fisichella and Bernd Schneider among other legendary names in the International Touring Car Championship (now the DTM). And in 1997, Jan spent his first – and, as it turned out, only – full season in Formula 1.

As you can imagine, Jan Magnussen has one or two opinions to share when we grab some time with him at the 2014 Dubai 24 Hours. 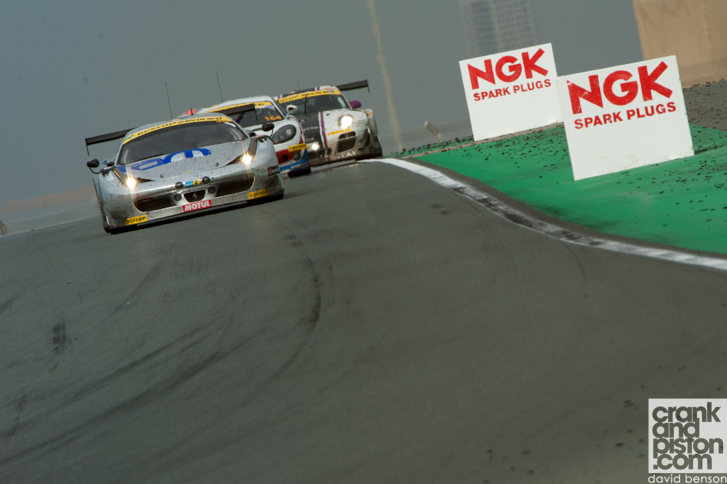 Jan, a busy career has taken you all over the world but this is your first time racing in the Dubai 24 Hours I believe

“First time at this event, yeah. I’ve been to this track before in 2003 with the… I believe it was the final year of the ETCC [European Touring Car Championship] before it became WTCC [World Touring Car Championship]. And actually the last time I was here I rolled the car! That was a 2.0-litre car with front-wheel drive, so it’s much more fun this time.

“The RAM Racing team are a good bunch of guys, and I’d completely forgotten how it is working in a British team with the humour. It brought me right back to my old Prodrive days, so that was pretty cool.”

Does it feel strange racing a Ferrari 458 Italia despite extending your contract with Corvette Racing?

“It’s not just the difference in machinery, it’s also a different category. But they are two quite different cars to drive. They’re built to two completely separate rules: one has the engine in the front, the other is mid-engined. But I’ve done some races in the 458 GT3 in [International] GT Open, so I’ve driven the Ferrari before.

“But during the Dubai 24 Hours, you’ve gotta really restrain yourself and not go for every gap. 80 percent of the gaps close, even the ones that look safe. Especially in the dark, some of the guys lose where they are. So you’ve just got to be really careful. I’ve had so many close calls, and I was being cautious!” 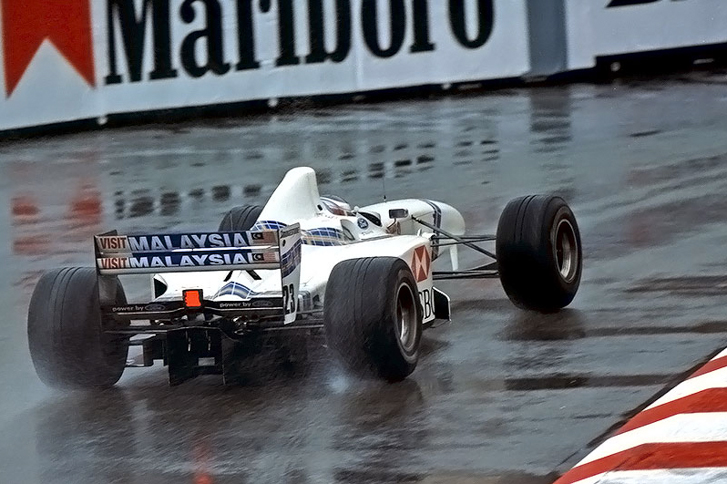 There’s an elephant in the room, so let’s just dive in: Formula 1. You enjoyed only one full season in 1997 with the new Stewart Grand Prix team before being dropped halfway through 1998. Do you feel that in that short period you were treated properly?

“No. I also had one race in 1995 with McLaren” – at the 1995 Pacific Grand Prix when Jan stood in for the ill Mika Hakkinen – “At that point, I was test driver for McLaren and I hadn’t had that many laps in the car. But when I jumped in for that one race, it was a well-organised team that knew what it was doing and the pressure on me was not that high. When I came to Stewart GP, the car was super unreliable so I never got any testing miles: I think I got less than 300km in the car before the first race [1997 Australian Grand Prix]. That wasn’t through lack of trying. The car just blew up all the time.

Not the greatest of preparation for a F1 debutant then…

“I wasn’t prepared at all: it took me half a year just to get my eye in, because all my practice runs were now during the races. And they all ended prematurely because the Ford engine kept blowing up. The deal I had with Jackie and Paul [Stewart, father and son] was originally a four-year deal, and being naïve and not really knowing how F1 really worked and how cut throat it could be, I think I kind of relied on that four-year deal: ‘okay, I’m moving along, I’m steadily improving, etc’. But I did not improve at all at the right pace. And when the team was under pressure from Ford, they had to make some big changes and I was the first of them.” Jan lost his drive to Dutchman Jos Verstappen after the 1998 Canadian Grand Prix, ironically after scoring his first championship point with sixth place. 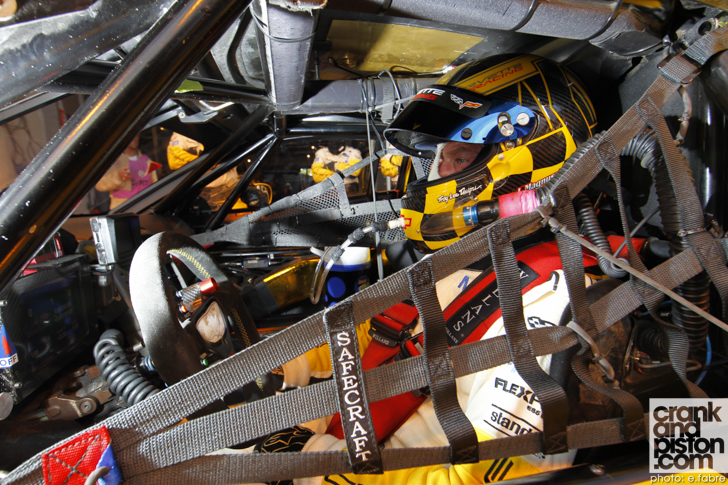 After a very impressive British Formula 3 season in 1994, you were viewed in F1 as ‘the next big thing’. Do you think this put unnecessary pressure on you?

“I don’t think it put pressure on me to perform. I was pretty happy with the way I was performing. But I think that when it didn’t go well for me, from the outside it looked way worse. Other people’s expectations were high but it didn’t put pressure on me. Trust me, nobody was more pissed off than me when things weren’t working. So I think it just looked a lot worse because people assumed I was going to come in and kick everybody’s ass in a below average car. And that was just never going to happen.

“I don’t like the way [the Stewart business] came about. By then I was really tired of motor racing and especially motorsport people at the time, but then I went to America and was given a second chance out there. At that time, I always had this idea that ‘I’m a Formula 1 driver, and that’s all I am’. In America I realised that’s not what I was. I was a racing driver. I am a racing driver. And that’s what I love, more than being a Formula 1 driver.”

So after leaving Formula 1, you took on a few CART races in 1999 with Patrick Racing. But your main focus was on the American Le Mans Series…

“Well, when I dropped out of Formula 1, I didn’t know where my career was going to take me, and I ended up in America in prototypes. I stayed there until the end of 2002 I think with Panoz, and then I got the opportunity to drive with Prodrive [in both the ALMS and Grand-Am], and ever since 2003 I’ve been in GT cars. I think this has been my 11th year with Corvette, so that has been a career in itself!”