A two-pedal GT3 is brilliant, but three pedals are even better – on the road, that is 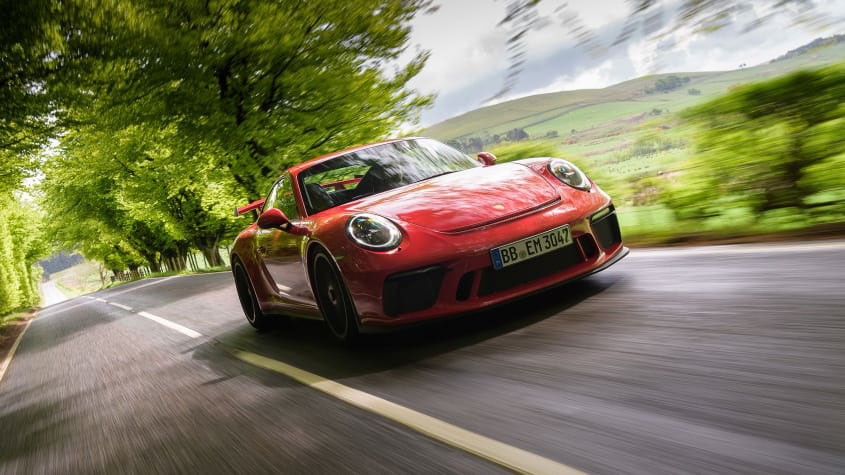 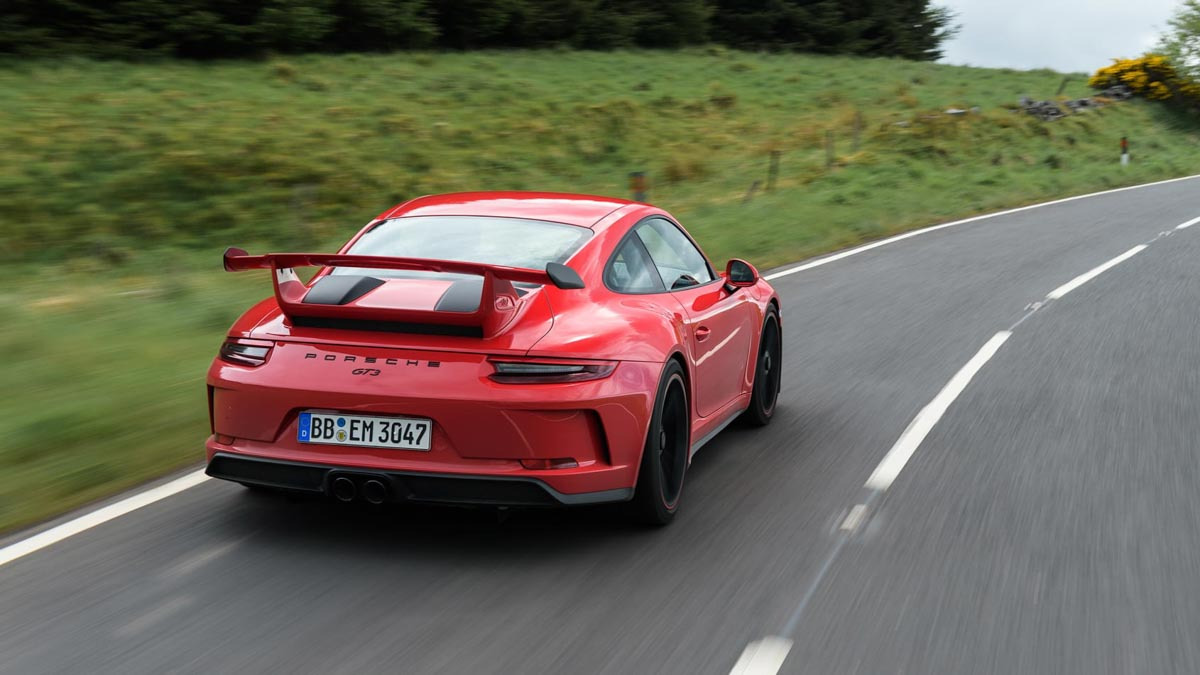 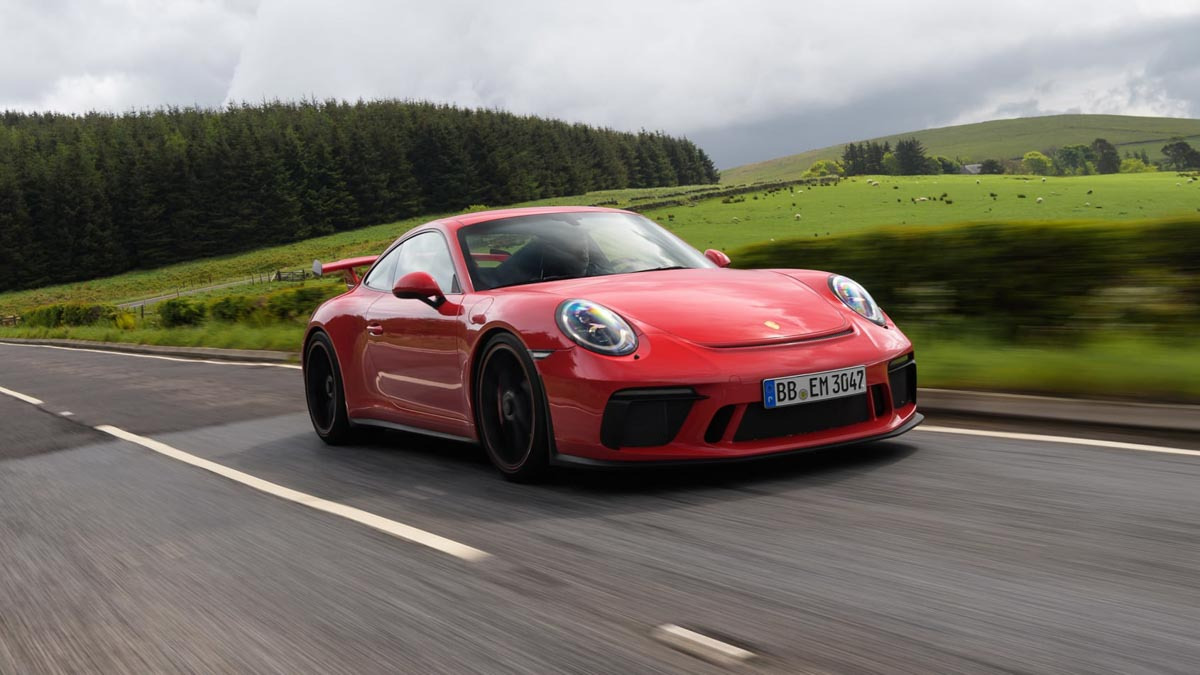 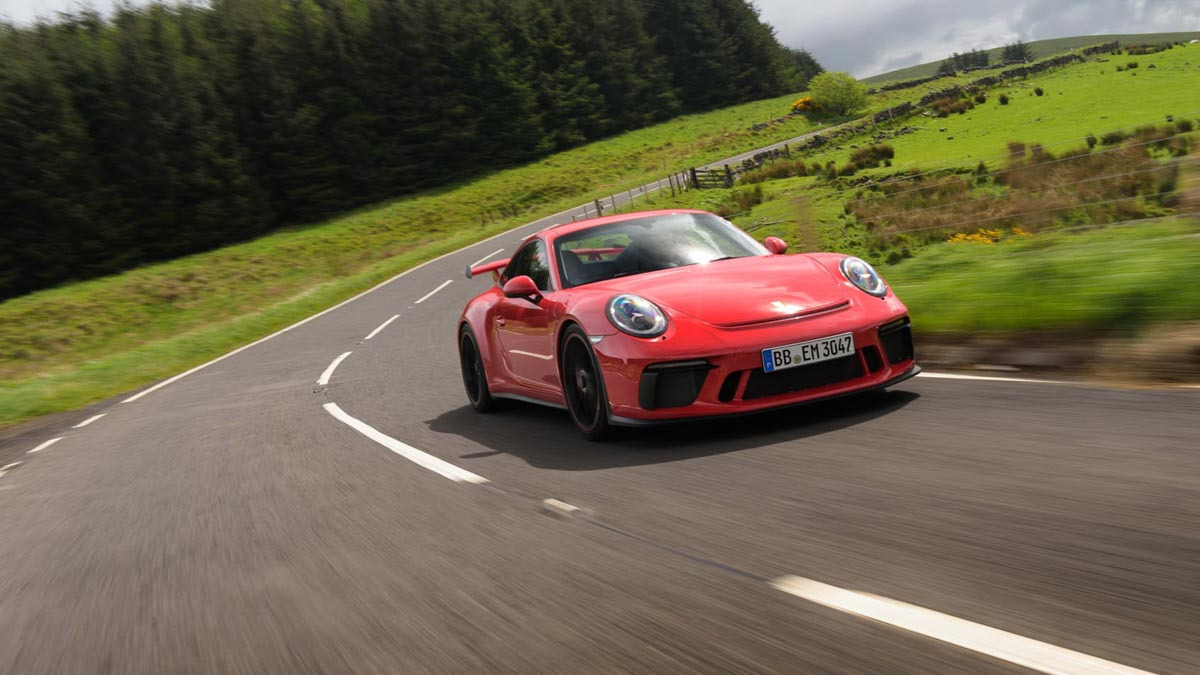 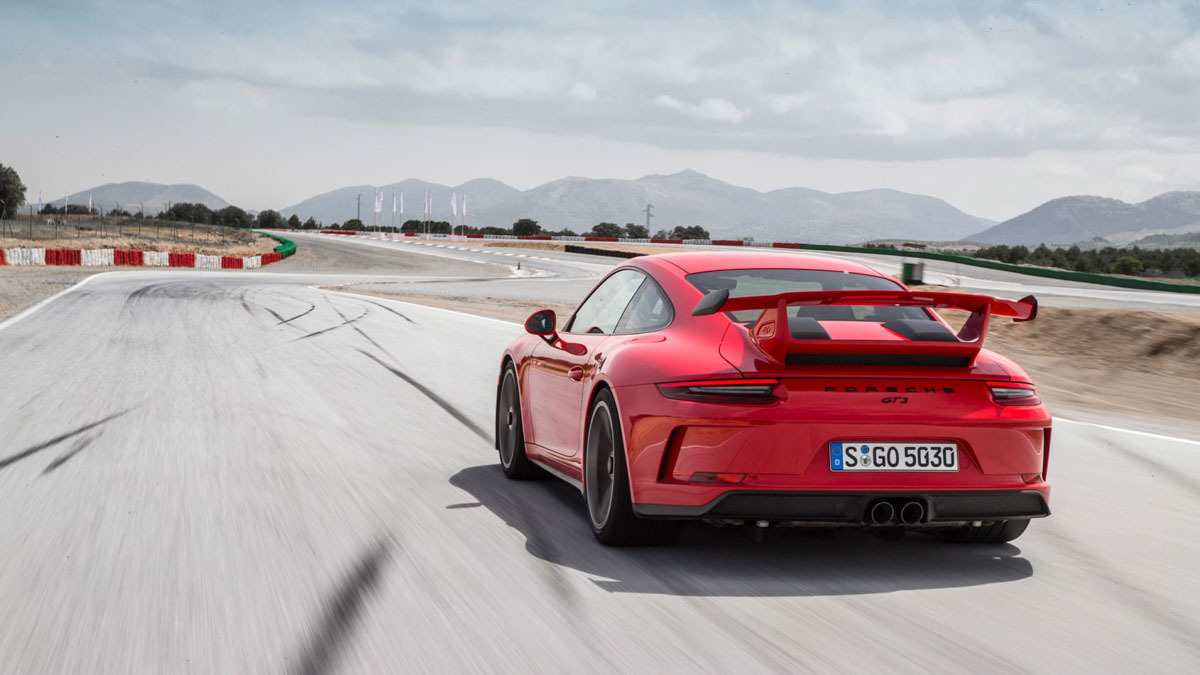 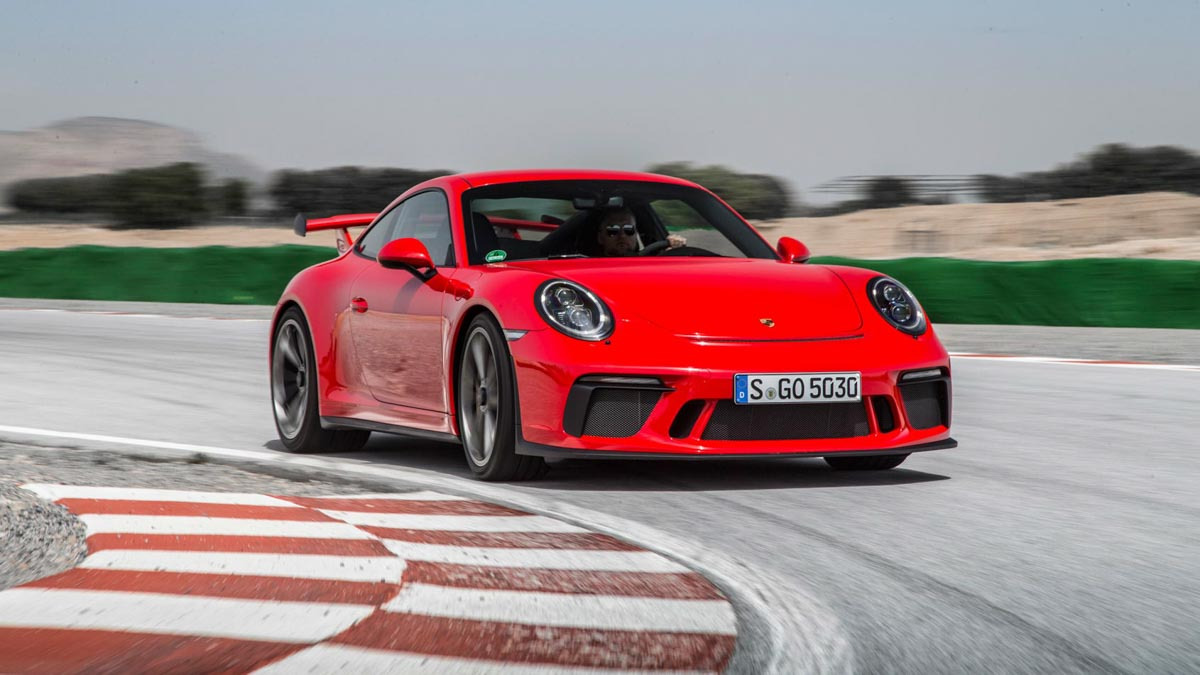 This is our first chance to drive a Gen2 991 Porsche 911 GT3 with a manual gearbox. You will recall, that the first generation 991 GT3 was a twin-clutch PDK-only sort of machine, much to the consternation of the more traditionally-minded driving enthusiast. That turned out to be more than just keyboard warriors having their say, because Porsche was surprised by the success of the manual-only Cayman GT4, and vindicated in their change of heart by the fever surrounding the manual-only 911 R. This new three-pedals-and-a-stick GT3 is a direct result of that experience.

You may well have already read about this engine. It is quite simply spectacular. It’s the – so far – ultimate incarnation of the new-era flat six, now displacing 4-litres for the first time in the ‘standard’ GT3, but with the ability to rev out to the full and outrageously theatrical 9,000rpm previously only the domain of the smaller 3.8-litre engine. The previous-gen 4-litre lump in the GT3 RS and 911R hit the limiter at 8,800, and without quite the same crescendo. This has been achieved by further strengthening and lightening of the engine’s internals, with a new crankshaft, larger bearings, and reduced internal friction. It produces 493bhp and 339lb-ft of torque, and is probably about as close you can get to a racing engine on the road.

Although related to the seven-speed ‘box in the standard Carrera range, this is the GT department’s take on what a manual ‘box should be like. Originally developed during the development program for the gen1 GT3, but sidelined in favour of PDK, it was resurrected for the 911 R project and the business case for that car meant it now sits on the shelf, ready to be offered as an alternative in the regular range. It’s been further refined over the one in the R, and shuns the standard box’s seventh gear – complete with its awkward extra plane – for a traditionally laid out six ratios. If you opt for a manual you must make do with a mechanical limited slip differential, not the electronically controlled torque vectoring type fitted to PDK-equipped cars.

Choosing three pedals mean that, predictably, you’re going to suffer against the stop watch. Compared to a PDK GT3 the manual car is half a second slower to 100kph, but really, since when was 3.9 seconds to sixty inadequate? In any case, the manual driver can always point to top speed: it’s 3kph faster than a PDK GT3 at 319kph.

The highlight of the GT3 is the new engine, but what it makes it special, as ever, is the quality of the overall package. This isn’t an all-new car, it’s a GT3 version of the latest gen2 991, so the changes over the previous model are in the detail but profound nonetheless. The car also benefits from upgrades to the generic 911 range, such as the latest PCM infotainment system.

A new aero package, with a higher rear wing, produces 20% more downforce (without any increase in drag), and also differentiates the car visually from the gen1 model. The steering and chassis have been retuned, with the latest generation of ‘PASM’ variable rate dampers employed, as ever, with their traditional two maps: the softer setting for the road and the ‘Ring, the firmer for smoother racing circuits. There are now also small auxiliary springs on the rear axle to improve traction.

The manual-equipped car is actually 17kg lighter than its PDK equivalent, weighing in at 1,413kg.

What a car this is. Even though it retains a dual mass flywheel and therefore doesn’t clatter at idle like an RS model, it’s still a deeply visceral experience from the moment the key is twisted in the ignition. The engine utterly dominates proceedings, but it’s also the way in which the driver sits so low in the car, embraced by the superb – if optional and expensive – bucket seats, peering over the dash top even if you’re six-foot plus in stature, sensing what the car is doing through the controls.

It rides firmly but never abruptly, with fabulous poise, and the revised steering is about as good as electrically assisted racks get: although not as transparent as an early GT3’s, it’s probably fair to say it tells you everything you need to know. Grip levels are extraordinary high from the latest Michelin Cup 2 tyres, although introduce some damp roads to the experience and it’s clear this isn’t a car to suffer fools lightly.

This new engine essentially offers two performance bands. Between 3,500 and 6,000rpm it is really, really fast, filling the cabin with a wall of rich flat six noise. It is possible to drive around in this rev band and be utterly convinced that there’s nothing quicker on the road, right up until the moment you resolve to keep the throttle pedal planted, whereupon it simply erupts, sending a tingling resonance up your spine at 6,500rpm and wailing dementedly with the sweetest, hardest-edged note imaginable. That takes you to 8,000rpm. The last 1,000rpm is just madness.

It’s a deeply immersive experience, and that’s why the manual gearbox suits it so well. The shift quality is much less demanding than the stiff, weighty mechanism in the Mezger engine era, but it’s still very precise and tactile. As with all those 996 and 997 GT3s, sometimes it’s just nice to drop the windows and take it easier, revelling in the sound of the engine, executing a neat downchange, enjoying the sensations of being in a really special and engaging car. In many ways it’s those moments that stick in the mind as much as the pin-your-ears-back-rapid ones. If I were predominantly using my GT3 for trackdays, I’d go PDK; but for a car mainly used on the road, I’d opt for the manual.

Go to any high-end track day across the world and they’ll usually be a plethora of GT3s in the pitlane, and with good reason. A Lamborghini Huracan Performante may trounce it at the ‘Ring, but remember it’s around $125,000 more expensive; Nissan’s GT-R Nismo, by comparison, is $186,630. But affording the GT3’s $138,300 may not be the biggest hurdle in buying one: despite the new car not being a ‘limited edition’, anecdotal evidence suggests you’ll need to be a good customer of your local Porsche Centre to stand a chance of owning one.