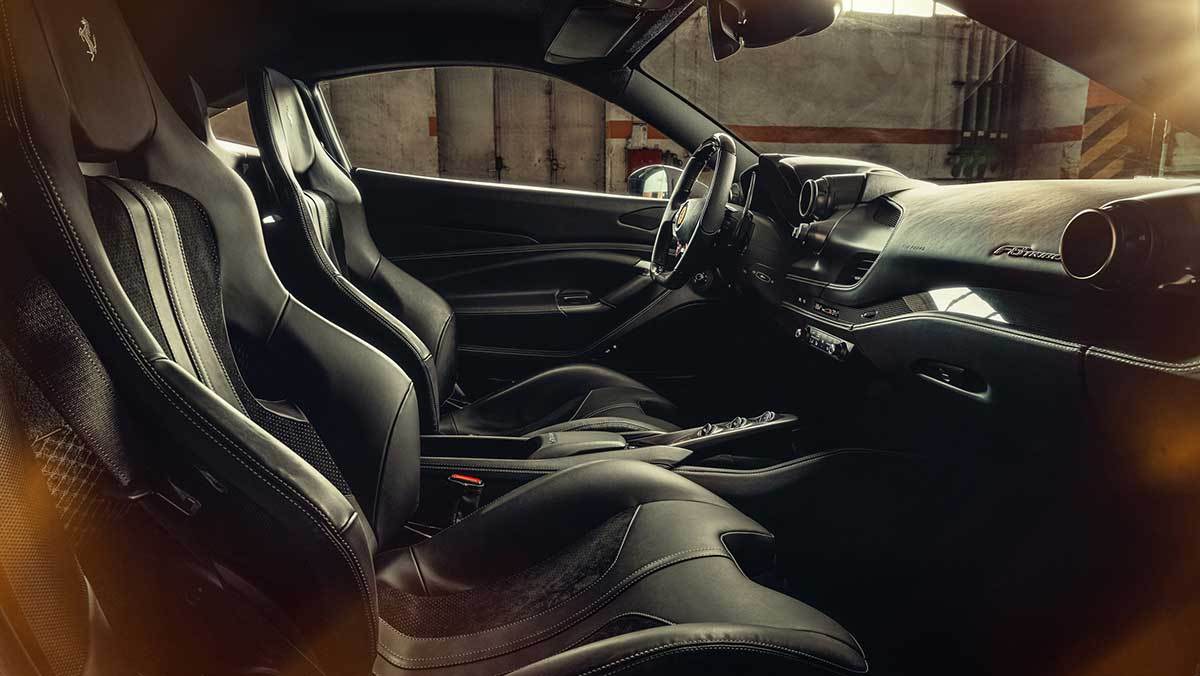 In June last year, Novitec announced its power upgrades for the F8 Tributo, one of the most accomplished supercars we’ve driven in recent times. Now though, the German tuner has revealed an accompanying range of aesthetic modifications to coincide with its available upgrades under the skin.

These new elements include such as a two-piece front splitter, intake surrounds, bonnet insert and trim pieces for the mirrors and side intakes, all constructed of carbonfibre. Most notable is the new rear wing, said to significantly increase downforce compared to the standard setup, but can be swapped for a more subtle lip spoiler for a more subtle look. There’s also an entirely new Novitec diffuser available at the rear, while a lesser clip-on addition is also available.

A staggered 21-inch front and 22-inch rear set of forged Vossen wheels aim to enhance the wedge, and are wrapped in 255-section front and 335-section rear Pirelli rubber; to help your car stand out further, you can choose from 72 different colour options and either brushed or polished finishes. Novitec also offers lowering springs, dropping ride height by 35mm, which crucially is still compatible with the factory front-axle lift system.

As with all Novitec cars, you can also choose to have the interior reupholstered in leather and/or Alcantara of virtually any colour one could imagine, although this does come at an additional cost.

These new aesthetic components are joined with the tuner’s new range-topping ‘stage 2’ power upgrade, consisting of Novitec’s piggyback ECU module. Performance output from the twin-turbo V8 as a result is up by 81bhp and 94lb ft for a total of 791bhp at 7950rpm and 662lb ft of torque – for context that’s more than the V12-powered 812 Superfast. As you’d expect, 0-100kph sees some improvement over standard with the sprint coming in just 2.6sec, three tenths sooner than a factory car.

To complement the increase in power, buyers can also opt to have a new exhaust system in either stainless steel or Inconel, reducing back pressure for marginal performance gains, reducing weight and of course, increasing sound – the Inconel unit can also be plated in gold, if that’s your thing.

No pricing information has been announced.