We cannot display this galleryThough every sane part of my brain tells me to start with the 2.7, I instead slide into the awaiting – and carbon fibre-backed – bucket seats of the GT3 RS for my first Rennsport drive, Bassam doing likewise with both barely contained relish and Assyl depositing himself in the passenger seat.

Bizarrely, despite the GT3’s imposing aerokit, everything feels familiar to me. The cabin, though heavily track-focused, still boasts that quintessential sense of Porsche build quality and style: I could almost forget that there’s a half-roll cage behind my shoulder blades were it not for its omnipresence in my rear view mirror. The fixed-back bucket seats meanwhile have been plucked directly from Porsche’s 918 Spyder, and there’s only limited fidgeting required to find a bang-on driving position. Our Lava Orange test model boasts a six-point racing harness, but since a conventional seatbelt has also been fitted as an optional extra, I cowardly opt for the latter on the first run. Air conditioning and a radio now come as standard, and there’s even a dual set of cup holders that peel gracefully out of the dashboard in front of the passenger. RS purists will baulk – and I must admit, even I think this is a stretch for Rennsport – but the GT3 still weighs in at less than 1420kg. Any indication that the GT3 RS has gone soft is swept with almost alarming reassurance when the right pedal is given a boot.

There isn’t the titanic bombardment of flat-six brutality I expect when the starter switch is turned, the initial raucous bark quickly sinking into an almost soft purr at idle. Only as the 495bhp flat-six approaches its 8,250rpm peak does it release a spine-tingling howl that’s both intoxicating and visceral. From the off, the naturally aspirated GT3 lingers for half-a-hair around 1000rpm, almost goading you into believing the speed pick-up will be gentle. Suddenly there’s an explosion, the engine hitting its stride quickly and cloying its way with unabated fury in a beautiful burst of progressive anger. Almost savagely quick changes through Porsche’s PDK gearbox ensure no momentum is lost (seriously, they’re close to imperceptible). 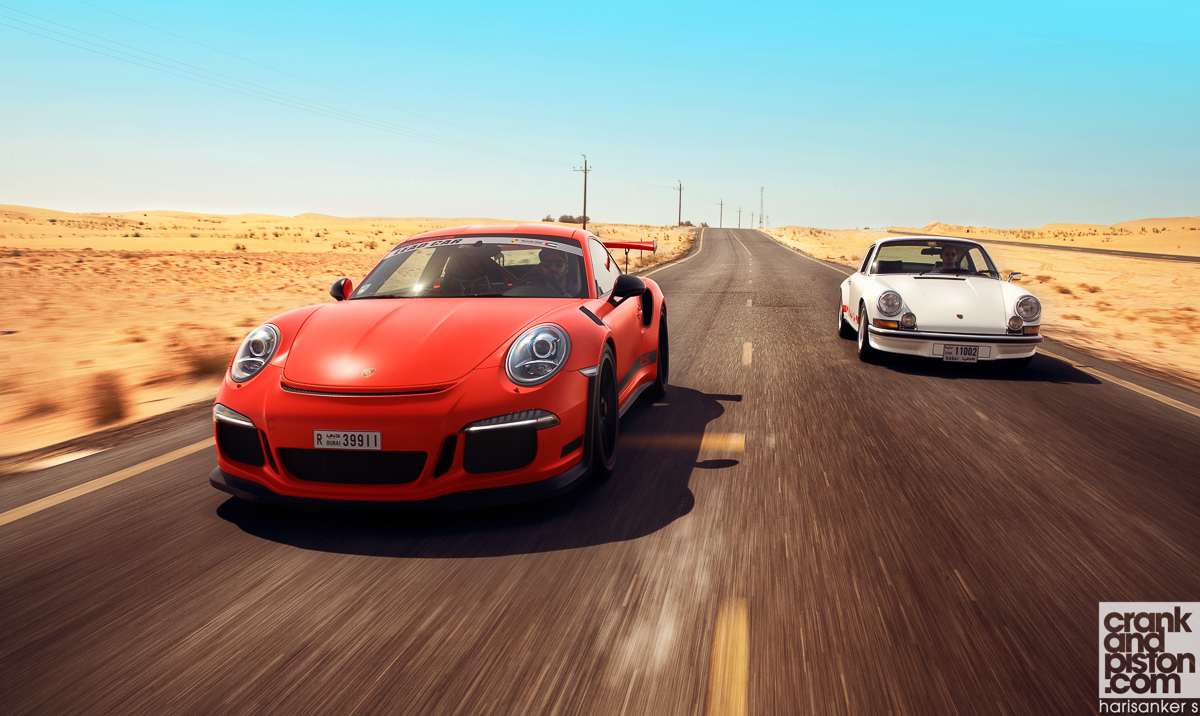 Savage acceleration then, and it’s mere minutes before the confidence to lean on the front end starts oozing through the lightweight dashboard. The carbon ceramic brake discs offer massive stopping power, meaning speed is scrubbed quickly heading into each of the low to high-speed corners that make up our desert test route. But it’s the traction and monstrous amounts of grip from the performance tyres and widened rear track that impresses most. Even despite the razor sharp steering, the GT3 RS doesn’t ever feel like it’s on a knife-edge. The nose positively leaps to the apex under turn-in with incredible predictability, courtesy of both the communicative chassis working away beneath the seat of your pants and the detailed messages returned via the steering. Admittedly very firm ride comfort is an offshoot of that superbly damped suspension, but the whole experience is so visceral, so perfectly balanced, so intoxicatingly exciting, you won’t care. My talent window barely creaks open.

“Despite the razor sharp steering, the GT3 RS doesn’t ever feel like it’s on a knife-edge”

It is, as you can probably surmise for yourself, a lofty benchmark against which the 2.7 – now pealing towards me through the settling dust on the road – is to be measured. Well, not according to Bassam at least, who eventually clambers out of the driver’s seat, still deep in conversation with Tomini’s Assyl.

“It’s incredible! You can almost feel the front end twitching through the steering wheel in the tips of your fingers,” he mentions, barely pausing for breath. “It feels so raw, so organic to control that it makes more modern Porsches feel almost numb. I hadn’t really thought about it much either until this morning, but the sounds of naturally aspirated flat-six against a turbocharger really does add so much more to the experience. This thing is just amazing.”

With GT3 RS’s benchmark ratcheted down a few notches, it’s now my turn to join Assyl in the classic cabin, having gently swung open the almost impossibly lightweight door. The familiarity of the GT3 all but disappears as I do so. 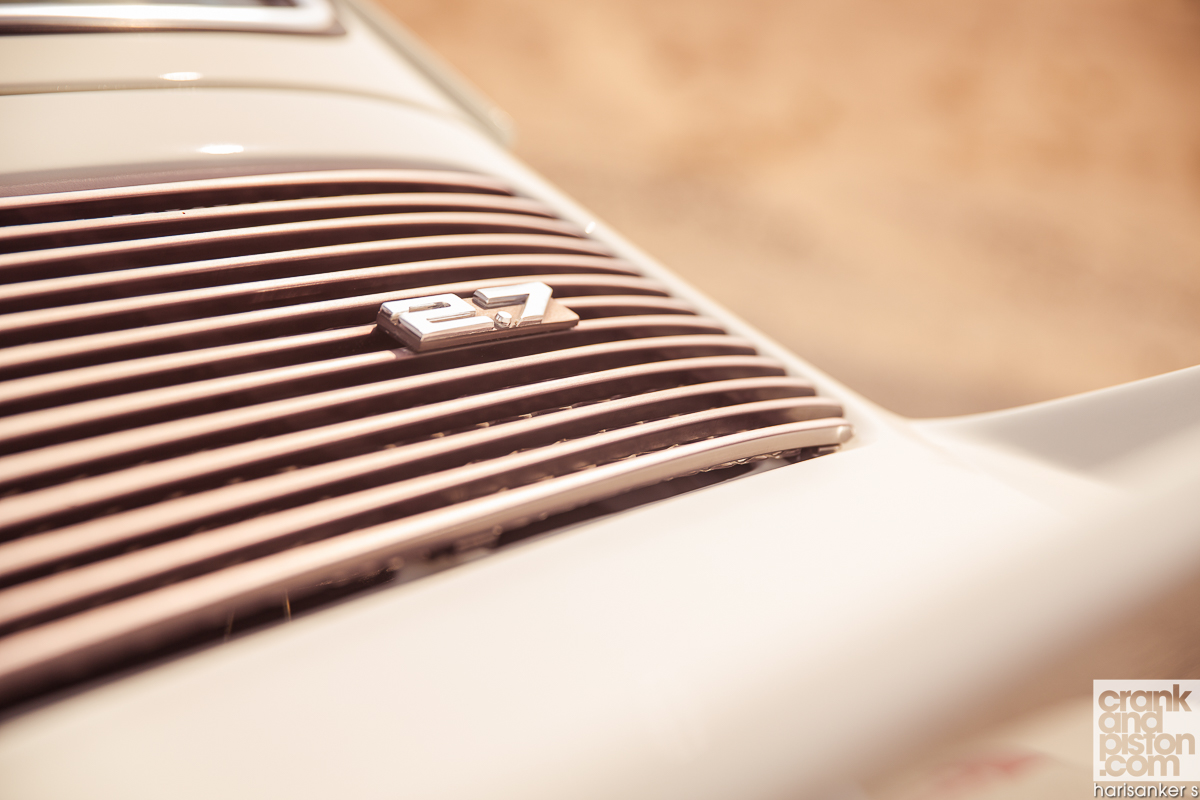 The steering wheel in the 2.7 is noticeably thinner, the four-spokes pinched closer together. It’s also, for the size of the cabin at least, enormous, making the 360mm-diameter example in the GT3 RS feel quite diminutive by comparison. It’s locked in position, aimed – rather unfortunately – at my midriff rather than my chest. This wouldn’t be an issue were the leather-clad sports seats fully adjustable, but like those 2015 carbon fibre buckets, they’re fixed-back. They’re also incredibly stiff and offer little in the way of thigh support. I end up rolling the seat along the runners as far as I can just so my feet can use the floor-mounted, almost perversely small pedals. And I still have to drive bow-legged.

Our ’73 test model features a rare rear-seat delete option, the original owner having opted for more rear luggage space instead. And unlike the Lightweight 2.7 – which rarely make their way to auction with less than a million dollars premium – our test model is equipped with ‘Komfort’ leather steering wheel, sport seats and two-tone black and red leather upholstery, following a full restoration by noted specialist Jack Molinier. Like the outside there’s very little fuss or commotion, the dials – canted so that you can see the readout through the steering wheel spokes – about the only thing equipped on the dashboard. It strikes me as quirky and wonderfully charming as I turn the key in the ignition with my left hand for my first drive in the $750K Carrera R.S. 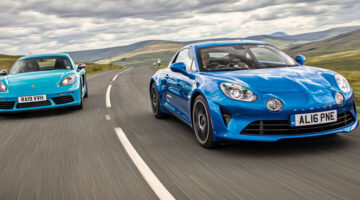 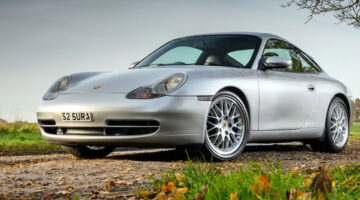