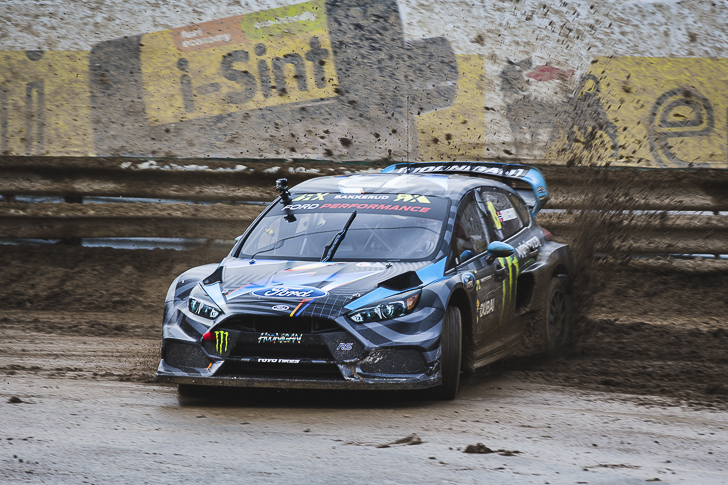 Round one of the 2016 FIA World Rallycross Championship kicks off this weekend, and if you’ve ever wanted to see The Hoonigan himself Ken Block take on World Rally Championship champions Sebastien Loeb and Petter Solberg (reigning Rallycross champion, just FYI), then you won’t want to miss the opening round in Montalegre, Portugal. Not least because Ford has released a new video showing its 600bhp Focus RS RX contender in testing action with Block himself at the wheel.

A collaboration between Ford Performance, Hoonigan Racing and WRC-regulars M-Sport, the new Focus RX is powered by a 2.0-litre turbocharged petrol unit as per Rallycross regulations, 600bhp from which is sent to all four wheels. To put that into perspective, the road-going Focus RS is powered by a 345bhp 2.3-litre Ford Ecoboost four-cylinder, enough for a 0-100kph time of 4.7 seconds. At least 2.5 seconds slower than the Rallycross-spec RX.

Rallycross action kicks off this weekend at Montalegre, Portugal with the season closer set to close in Rosario, Argentina on 26/27 November. You can check out the full calendar HERE.

Previous ArticleTEASER. Infiniti QX Sport set for Beijing Motor Show debut
Next Article VIDEO. What makes a Honda is who makes a Honda