Infiniti has teased the new QX Sport in an image, ahead of this year’s Beijing motor show. 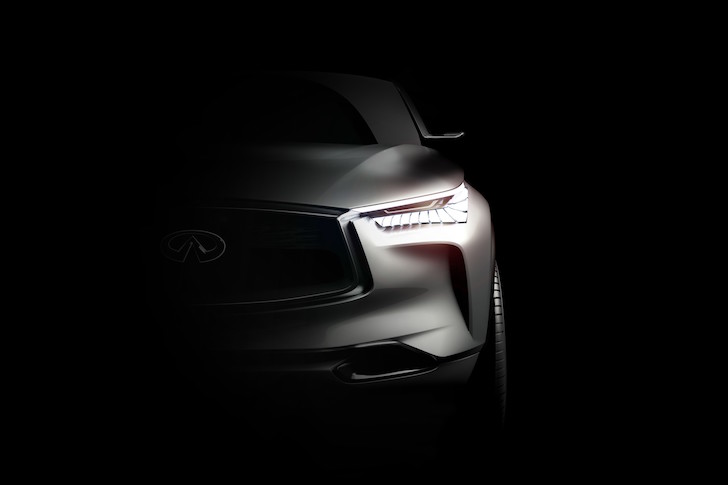 Infiniti has revealed its first teaser image of the all-new QX Sport, ahead of the 2016 Beijing Motor Show.

The new concept is an exploration of the brand’s vision for a next-generation, mid-size premium SUV, and features several of Infiniti’s key design hallmarks including wide muscular lines shoulders, reminiscent of the Q60 Concept, floating A-pillars and extra-wide wheel arches. The teaser marks the first new Infiniti to hit the headlines since the new Q30 and Q60 made their respective debuts.

Infiniti executive design director Alfonso Albaisa said: “The QX Sport Inspiration expresses a power and purpose that is uniquely Infiniti. With a flowing, natural aesthetic, this concept demonstrates how Infiniti can offer something new and exciting with future QX SUV models.”

The Infiniti QX Sport Inspiration makes its global debut at the 2016 Beijing Auto Show, which takes place from April 25 to May 4.