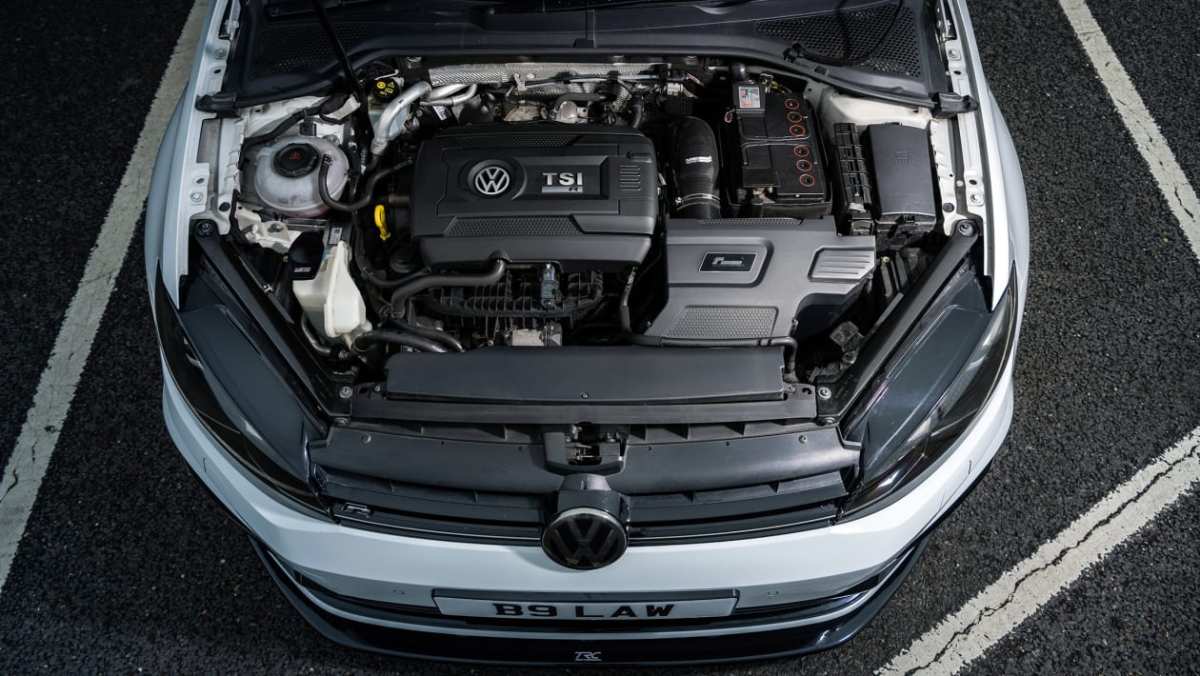 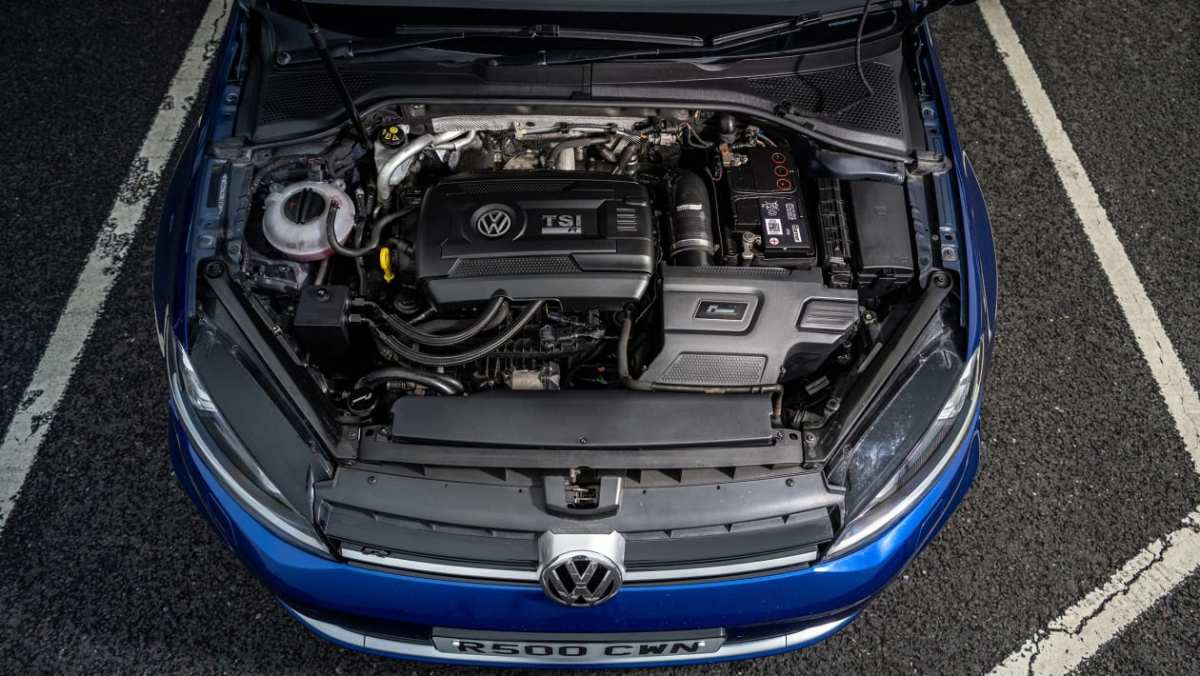 It might be time to revisit the summary of the 296bhp Mk7.5 Volkswagen Golf R published in our Knowledge section published in evo magazine each month. It currently reads ‘Outrageous but accessible performance’. Outrageous? Those words obviously predate the arrival of the 415bhp Mercedes-AMG A45 S, still the most powerful production hot hatch more than two years on from its launch. Audi’s RS3 gets close, retaining 394bhp in its latest incarnation, but you don’t need to wait for VAG to crack 400bhp if you want to challenge the supremacy of the Stuttgart-Affalterbach alliance.

There’s a very healthy aftermarket tuning scene geared to increasing the power of the previous-generation Golf R, from simple, plug-in tunes that lift the output of the EA888 2-litre, four-cylinder engine to 350bhp, to more complete conversions costing thousands that promise north of 600bhp. There was even a car in the US with a reputed 750bhp, but its owner had spaffed $120k on it.

You don’t have to give up your easyJet-coffee- gym-Netflix lifestyle to get AMG-bothering amounts of power, though. The white Mk7.5 Golf R here has 480bhp and the blue Mk7 a cool 550bhp, outputs that’ll set you back around $7,000 and $12,000 respectively. That’s just for the engine work, mind. Arriving at corners 32kph faster means a brake upgrade is essential, at $3-4,000. Most customers go for a suspension upgrade too, costing about the same again, says Will Linfoot, boss of VRS Performance, the Northampton-based tuner that built this pair of crazy Golfs.

The starting point of both conversions is a Turbo Technics ‘hybrid’ turbocharger. The 480bhp car has the ‘V3’ turbo, which is described as the ‘Quickspool’. I was expecting some sort of light-pressure turbo delivering a modest uplift, so I’m intrigued to see how accessible its 480bhp and 450lb ft are. The 550bhp car has the higher- capacity ‘V5’ turbo and I’m wondering what the Golf’s four-wheel-drive system will do with that and the 520lb ft of torque that comes with it.

Amazingly, VRS says that VW’s upgrades that turned the Mk7 Golf GTI engine into the Golf R engine mean that it can handle up to 550bhp without needing beefed-up internals. In addition to the turbo and intake hose, there are a number of parts common to both conversions, including a larger Wagner intercooler, a Racingline R600 airbox and, of course, remaps for the engine and DSG gearbox.

The V3 is an exchange turbo, the bigger V5 an outright buy, and there are additional items required for the latter’s conversion, including new fuel pumps, spark plugs and ECU sensors, an oil breather kit with a catch tank, water/methanol injection and a full exhaust. It’s also better to start with a Mk7.5 Golf R because the earlier model’s six-speed DSG (DQ300) gearbox is nowhere near as strong as the later seven-speed (DQ500). It is possible to upgrade – this blue Mk7 R has been retrofitted with the seven-speed – but at a cost of around $9000.

These very high performance engines need looking after, says Linfoot. That means the best fuel – Shell V-Power or Tesco 99 – plus oil and filter servicing every 6500 kilometers. Considerate warming up, too, which I’m very conscious of as I circulate the cold, slick Bedford Autodrome in the 550bhp Golf. From the off it’s an angry thing; press the start button and it churns into life and idles with a slightly impatient, resonant burble. The note from its hollow, metallic-sounding exhaust is a level up on standard, like when you fold the rear seats and remove the parcel shelf.

The engine is initially a bit hesitant at low revs, getting smoother as the oil temperature climbs, and offering glimpses of explosive power on part throttle. Cool, damp conditions are ideal for a turbocharged engine but they feel wrong for this chassis. This Mk7 is on decent enough Continental rubber but the lower, stiffer Bilstein Clubsport suspension and beefier anti-roll bars fitted allow little give on turn-in, so the car doesn’t offer much bite on the greasy surface.

Temperatures up, I’m itching to feel what a 550bhp Golf goes like and give the throttle a proper squeeze. Oh. The pedal feels disappointingly soft. Then I realise the car is in Eco mode. Switching to Race instantly sharpens the throttle response and with a straight ahead of me I drop the pedal to the carpet.AdvertisementAdvertisement – Article continues belowuuid-in-package:8d198c11-ae55-eab1-8440-eab1ae558d19

The motor clears its throat, there’s an explosion of boost and a neck-snap of acceleration and suddenly the engine is butting the rev limiter. I pull for another gear and a moment or two later we’re on boost and surging forward again. Better to select auto, methinks, even though on arrival Linfoot apologised that this car’s auto shifts are set to the most brutal. He’d remapped it to deliver positive-torque upshifts for maximum straight- line performance for an event and only realised halfway here that he hadn’t changed it back.

It is better in auto, yet while there are moments when the full 550bhp and 520lb ft are dizzyingly obvious, the engine’s lower-rev grouchiness combined with the lack of grip in the corners make it hard to carry speed and get into a flow with the car. If it were able to hook into the apex then maybe the drivetrain would send the excess to the rear, firing the car out of corners in a four-wheel drift or slight oversteer. Frustrating. It feels like a car chasing big numbers at the expense of driveability, yet Linfoot says the owner loves it and has driven it daily for the past couple of years.

In contrast, the white Mk7.5 feels like the production version of the blue car. The Quickspool description is apt because while this car is (only) 70bhp down, the performance is so much more readily available it feels like the faster car. This Golf has the chassis to deliver dynamically too, with steering feel and a set-up that’s softer in roll, which gives the tyres a chance to bite into the surface, so you can get on the throttle and start building boost sooner.

In the time it takes the blue car to clear its throat, the white car is gone, gaining 30 yards out of every corner, I reckon. Huge, fat wodges of power and torque are delivered from the moment boost starts building and the torrent pours out without let-up or hiccup right to the limiter.

It’s a proper buzz. The delivery similar to that of the Merc A45 S, with a massive swell of torque early on melding into a relentless, elastic shove that fires you to the horizon with the tight bark of the in-line four in your ears. I’ve no doubt that this car’s Michelin Pilot Sports have more grip than the blue Golf’s Contis, but there’s still not much torque transfer to the rear, certainly not enough to give an exploitable, rear-drive balance in either slow or fast corners. We’re no fans of the Mk8 Golf R, but with this much grunt its ‘drift mode’ would probably come into its own. In the Mk7.5, which lacks a drift function, it feels like a good, safe fast-road set-up.

In some ways, these tuned Golfs make the 415bhp Mercedes-AMG seem even more remarkable. The A45 S comes with a factory warranty and requires little more than typical Mercedes servicing (every 16,000 kilometers or 12 months), and it’s also a more agile and indulgent car, with easily controlled, late-corner oversteer as part of its repertoire.

What these VRS Golfs offer is even more performance for less. Or rather they can offer even more for less: the blue Mk7 R has had getting on for $42,000 lavished on it by its enthusiastic owner. The slightly less powerful but still dizzyingly accelerative and more exploitable Mk7.5 feels more like the A45 S, only with added stealth. Start with a $24,000 Golf R and you can have a $42,000 car with six-pot brakes and lightweight wheels that’s faster than the Merc-AMG. Sure, it looks just like a regular $24,000 Mk7.5 but who doesn’t like a sleeper; a tidy, last-generation Golf R that can leave any hot hatch in its wake? Now that’s outrageous but accessible performance. 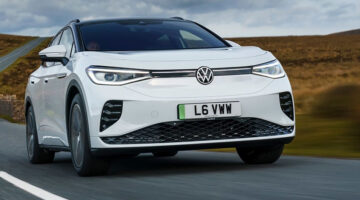