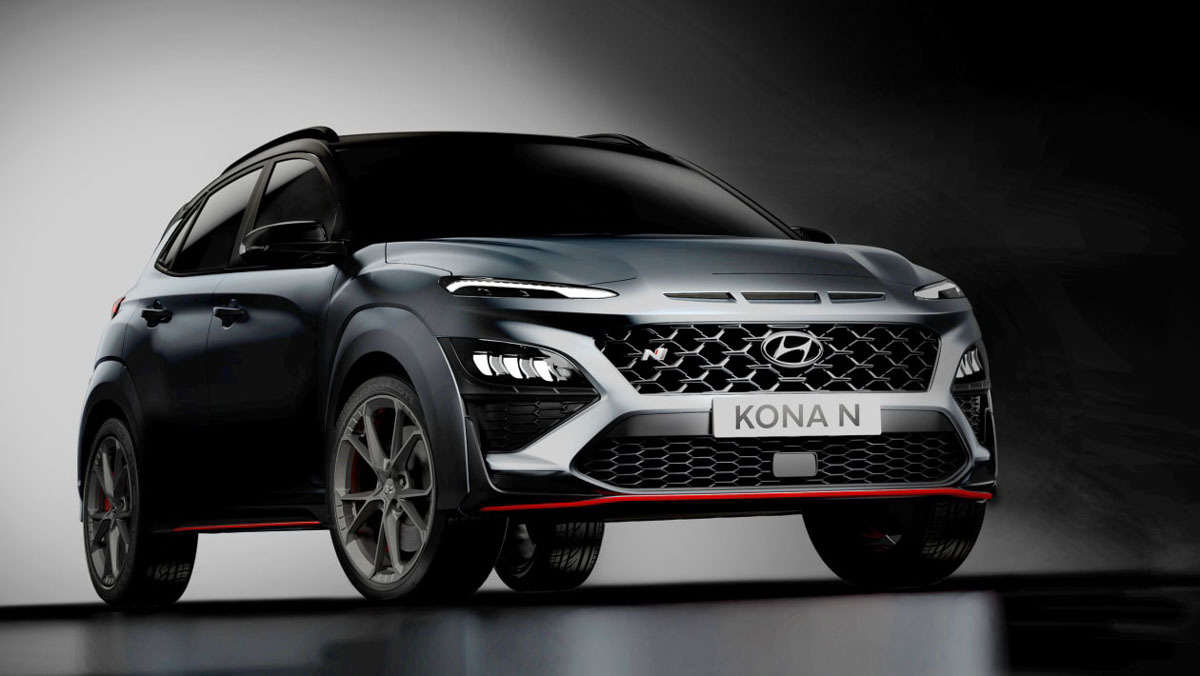 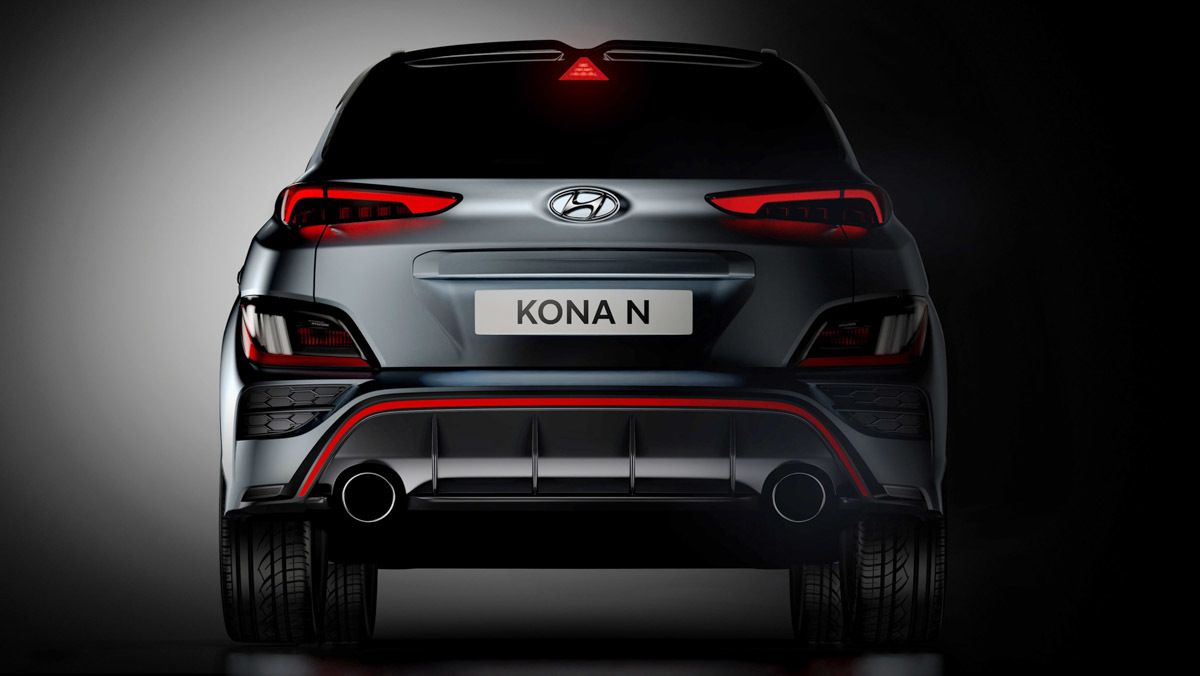 Hyundai has once again teased the new Kona N, revealing more of the high-riding hot hatchback’s design before its reveal in the coming weeks. These images join previous revelations about its technical underpinnings from earlier this year, which confirmed it’ll sit somewhere between the Ford Puma ST and VW T-Roc R in power, price and performance. When it goes on sale in early summer this year it’ll join the refreshed i30 N and new i20 N in Hyundai’s performance line-up, expanding the N range into a new sector and bumping up awareness of the sub-brand both here and abroad.

The Kona N will find its technical basis in the i30 N’s 2-litre Theta engine, which will produce the same 278bhp as in the now updated hatchback. Torque is rated at 289lb ft, and these outputs are sent to the front wheels via Hyundai’s new eight-speed dual-clutch transmission and an electronically controlled limited-slip differential. There’s been no word on whether Hyundai will also offer the six-speed manual gearbox. 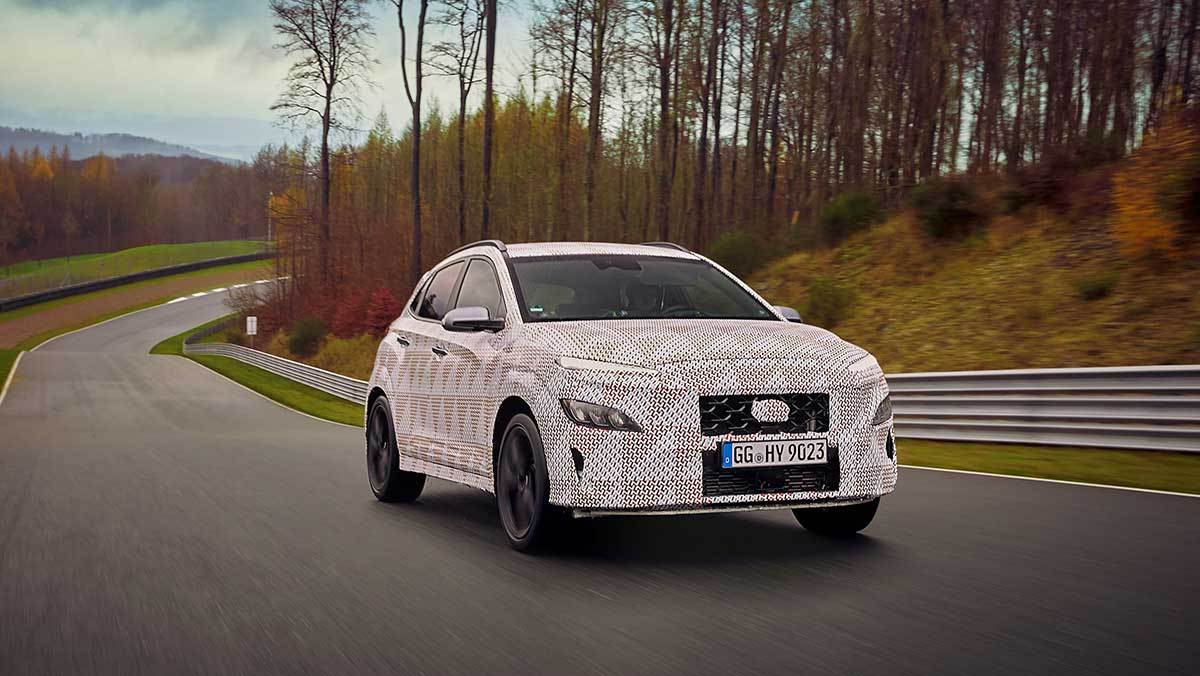 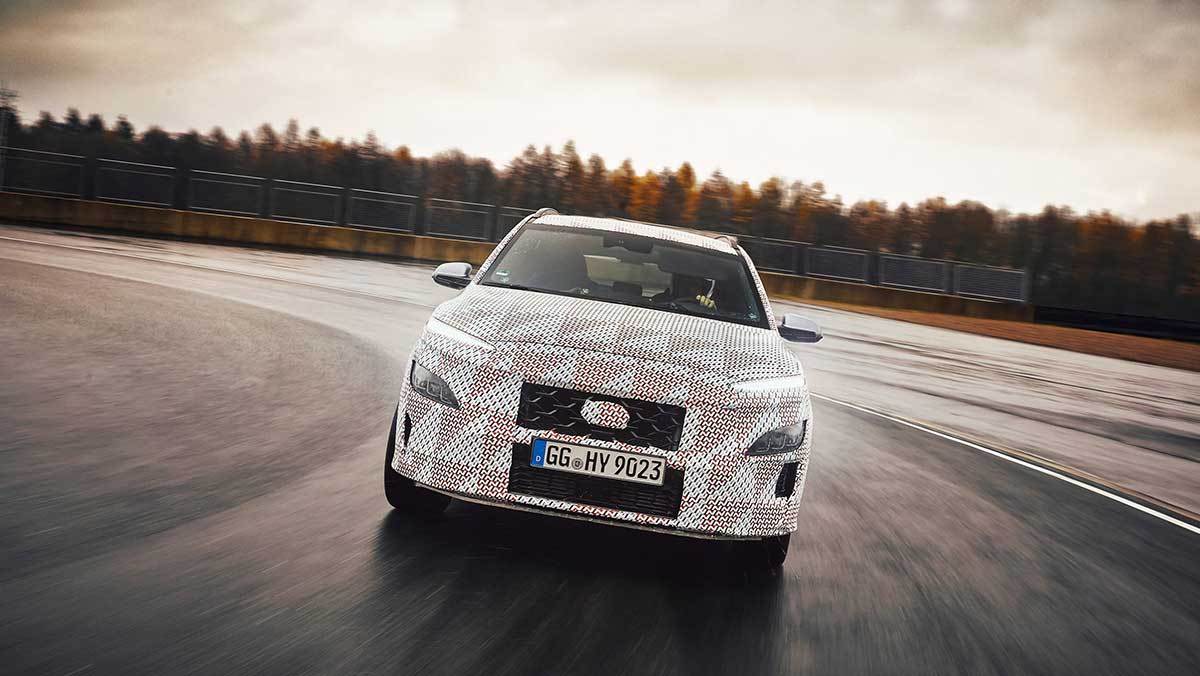 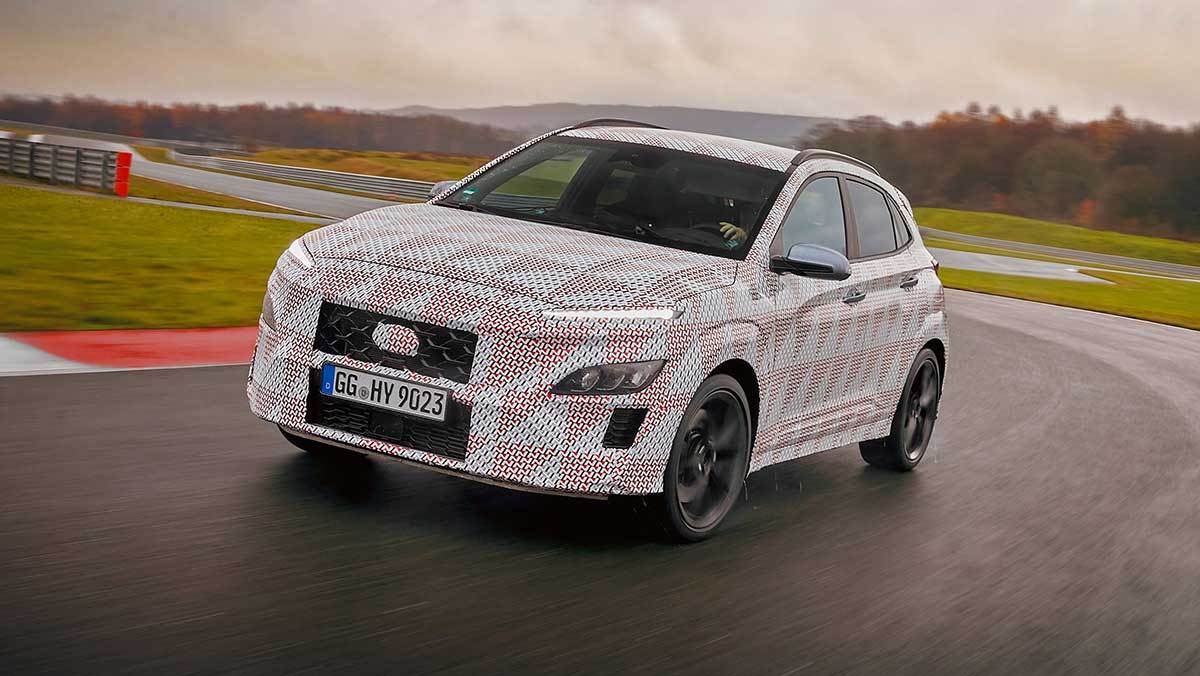 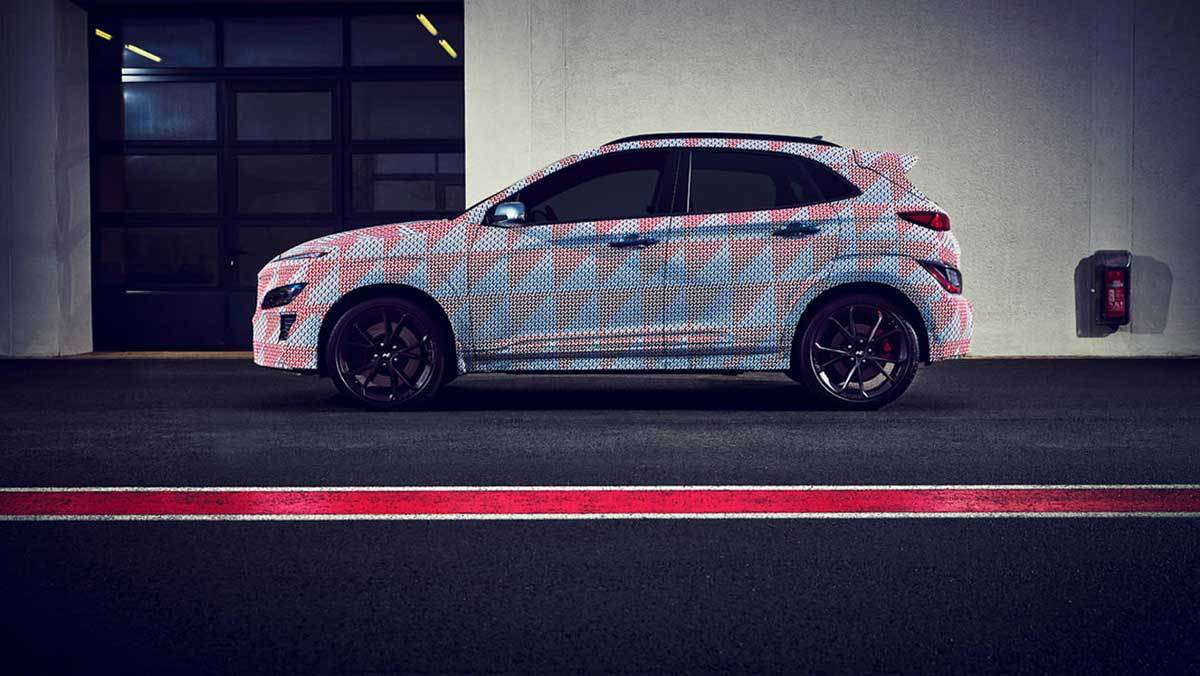 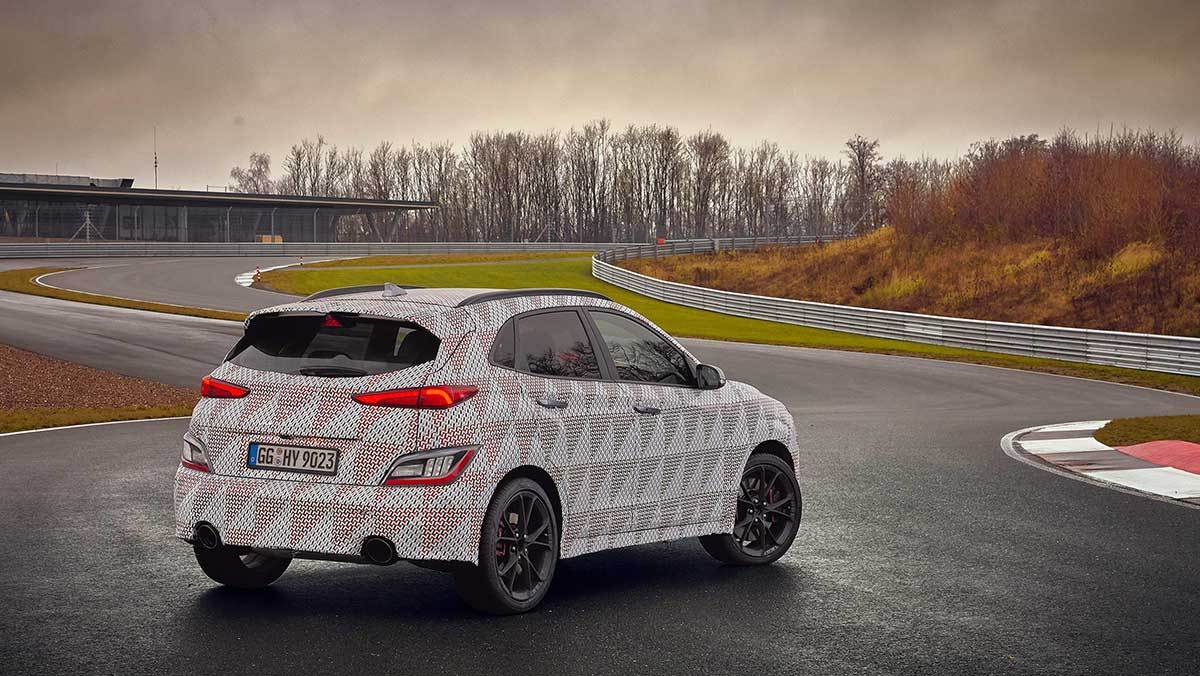 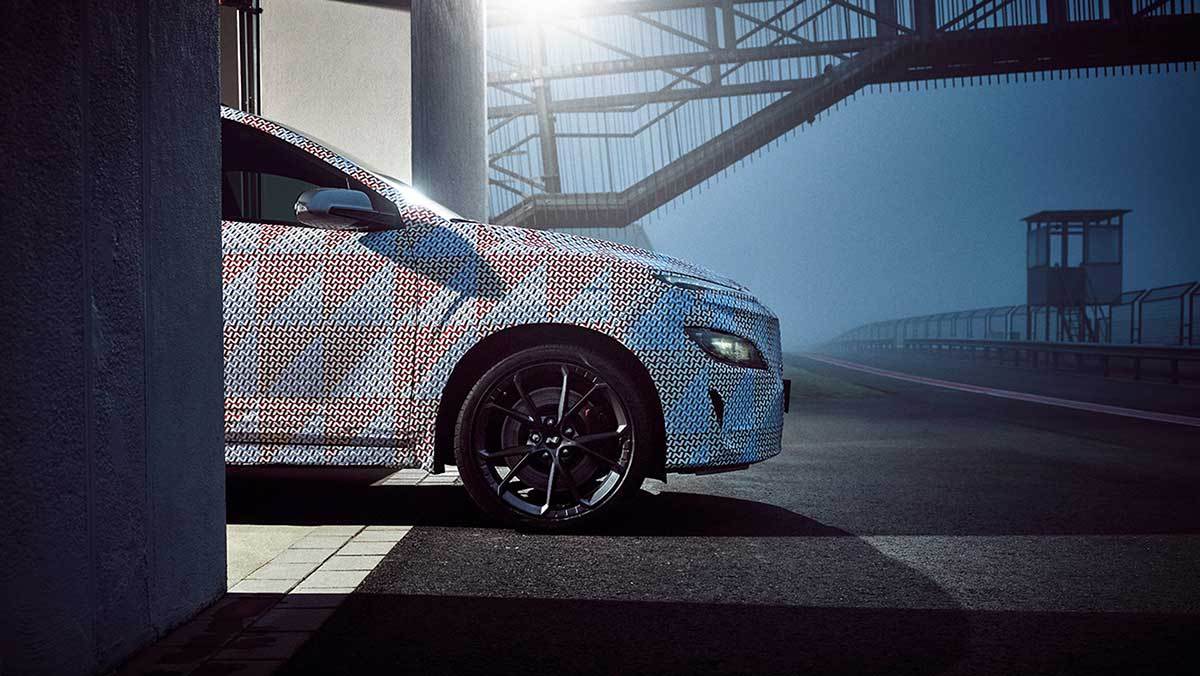 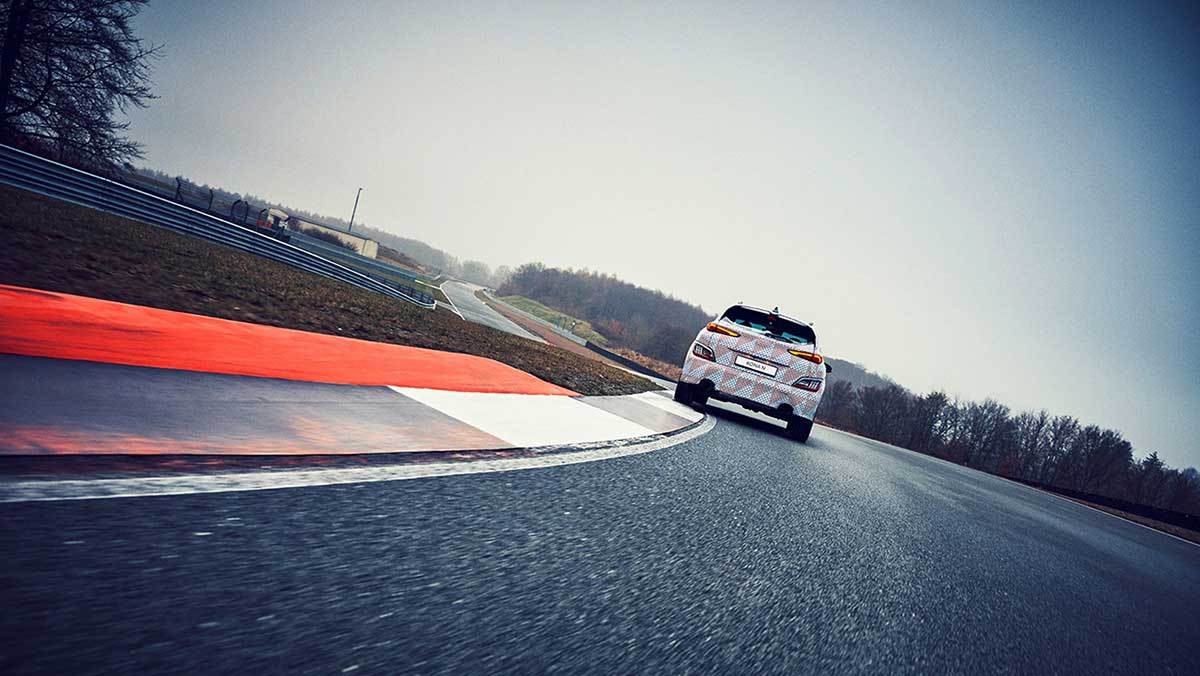 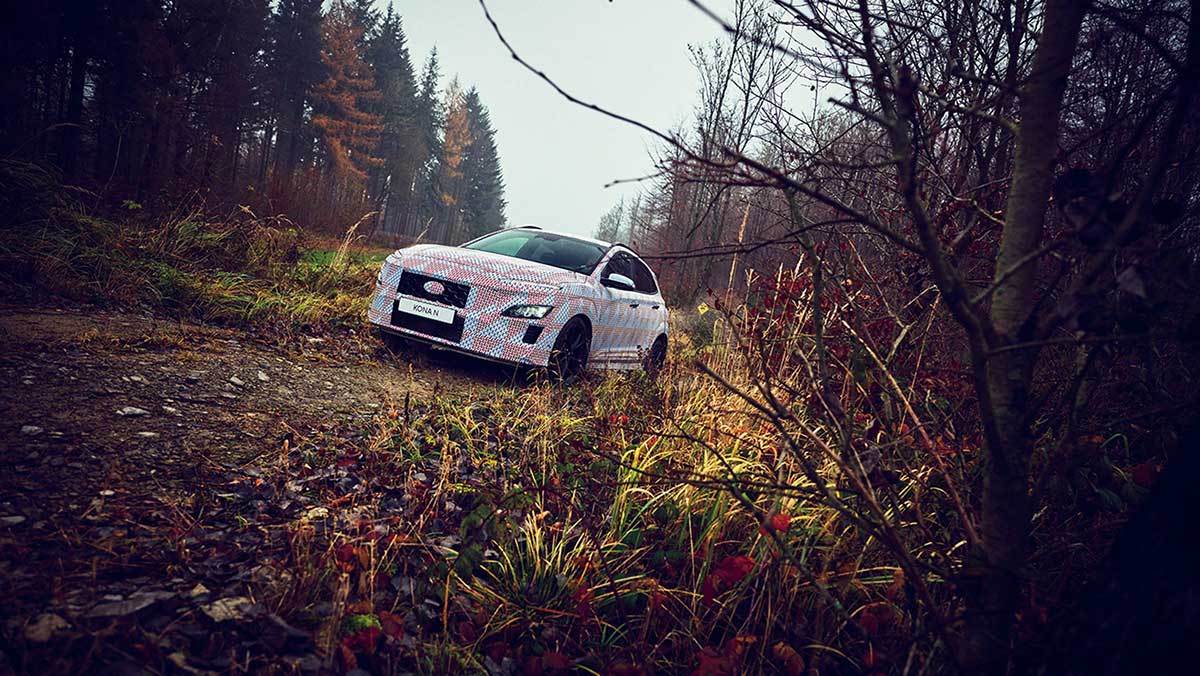 The Kona N will feature the same steering system and dampers as the smaller hatch, too, but retuned to suit the Kona’s marginally higher centre of gravity and shorter wheelbase.

These elements make it obvious that the Kona N will be a more potent SUV than the similarly sized Ford Puma ST, which has an 80bhp deficit from its three-cylinder turbo engine. This advantage is expected to be mirrored in the Hyundai’s price-point, which is expected to be around $45,000, making it more expensive than the $43,553 being asked for the Performance Pack-equipped Puma.

The Kona N will sit lower on both the pricing and performance scales than the Volkswagen T-Roc R, whose 297bhp and $78,478 price make it quite substantially more expensive and marginally more powerful than the Hyundai.

The new N variant will also coincide with a wider update for the Kona range, one that will integrate the sharp and aggressive design language that’s rapidly being applied to other new Hyundai models. Look closely and you’ll spot elements such as the angular mesh pattern and sharp new LED lighting signatures hiding beneath the camouflage as evidence for this.

We expect to see the Kona N in final form in the next few months, with first examples reaching customers in early summer.