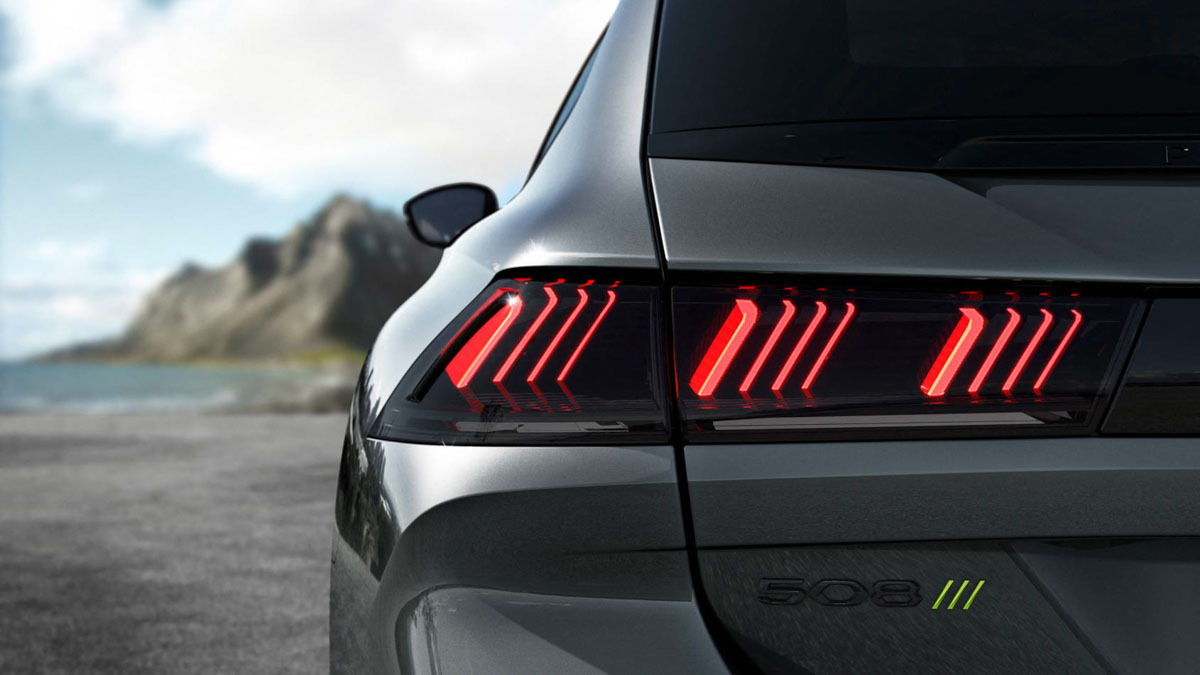 First previewed at the 2019 Geneva motor show, the Peugeot 508 Peugeot Sport Engineered has been revealed in both saloon and estate forms. The plug-in hybrid is the first model to come from the marque’s new performance division, and will lead the way for a number of hot electrified offerings.

As with the 2019 concept car, the production 508 PSE combines a 135bhp 1.6-litre four-pot with an electric motor on each axle, generating 109bhp at the front and 111bhp at the rear. Combined output comes to 355bhp and 384lb ft of torque, making this the most powerful road-going model the brand has ever produced.

Power is sent to all four wheels for a 0-100kph sprint of 5.2sec, eight tenths slower than the similarly-powerful BMW M340i xDrive – top speed comes in at 250kph. Aside from the benefits in response, the 508’s electric motors also allow for 42 kilometers of pure-electric driving, with the equivalent of 2L/100km possible in hybrid mode despite the performance on offer.

As the first of Peugeot Sport’s new PSE-branded models, it features a host of chassis upgrades to make it more engaging to drive than the capable, if dull, standard 508. The track is widened by 24mm at the front and 12mm at the rear for better roadholding, the seating position is lowered and the shock absorption can be set at three different levels. Nestled behind fresh 20” wheels are 380mm front brake discs with four-pot callipers, and the excellent Michelin Pilot Sport 4S is the tyre of choice.

Various exterior design changes have been carried across from the concept, with aero appendages on the splitter, skirts and rear bumper all making an appearance alongside a redesigned grille. Larger air ducts are also included to help keep the hybrid powertrain cool. PSE’s trademark ‘Kryptonite’ detailing can also be found both inside and out, and the rear lights are inspired by the 504 Coupé of the ‘70s.

Inside, drivers are treated to a refreshingly compact steering wheel of the kind Peugeot has become known for of late featuring those Kryptonite claws. There’s also a head-up display, 10” infotainment display and an uprated Focal sound system all fitted as standard. A number of driving aids also come as part of the package, ranging from adaptive cruise control through to ‘Night Vision’, which allows drivers to see beyond the range of headlights with a front-mounted infrared camera.

Despite the inclusion of a pair of motors and an 11.5kWh battery pack, Peugeot claims that the 508 PSE boasts identical cabin and boot space to its combustion alternatives. The system can be charged in a quoted two hours on a 32-amp wall box, moving up to seven hours on a standard domestic outlet.

Although the extra weight and complexity will doubtless be a threat to its dynamics, Peugeot Sport’s excellent back catalogue of recent GTi models should set the 508 PSE in good stead.

Pricing and availability is yet to be announced. 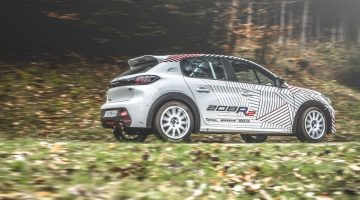