Just over thirty years ago, a secretive bunch of Toyota Motor Corporation special operatives gathered behind closed doors in Nagoya, Japan. They were there to listen to Eiji Toyoda – then Toyota Chairman – and he posed one question, “Can we create a luxury vehicle to challenge the world’s best?”. Obviously, when the Kaicho of large Japanese corporation asks this question, it is a less than subtle directive to go and get it sorted. Pronto. 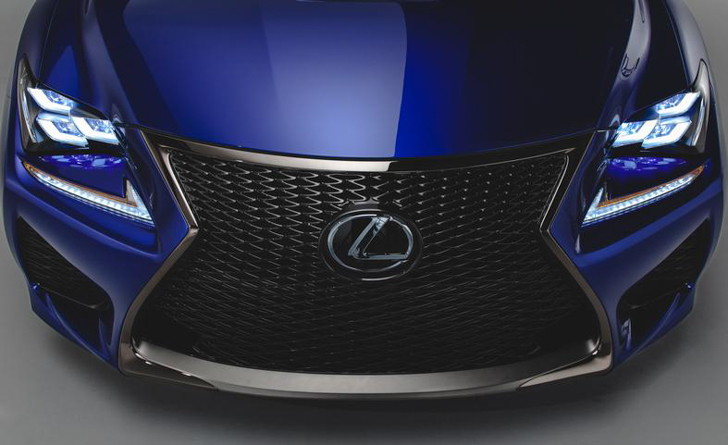 The Top Secret F1 project was born and six years – and over $1 billion – later, the Lexus LS400 made its debut on January 1989 at the North American International Auto Show in Detroit. Although Eiji Toyoda died last year, he witnessed Lexus become Japan’s most successful luxury car maker and ranked as one of the ten largest Japanese global brands. We assume that he was satisfied with the answer to the question he posed back in 1983. 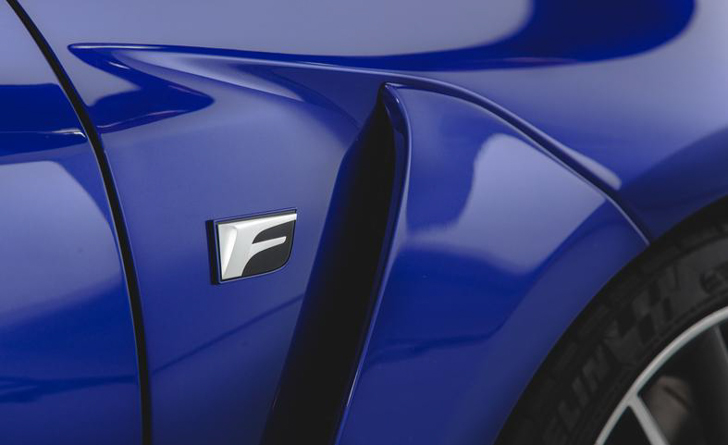 Lexus has become so much more than ‘just’ a luxury car manufacturer that shamed other marques into stepping up their game. While the LS400 (and the models that followed) revolutionized the luxury car segment – with innovation backed up by extraordinary reliability – it was the formation in 2006 of the high-performance division – Lexus F – that has truly changed our perception of the brand. The IS F was the first F marque model and arguably a game changer. In a quiet sort of way. 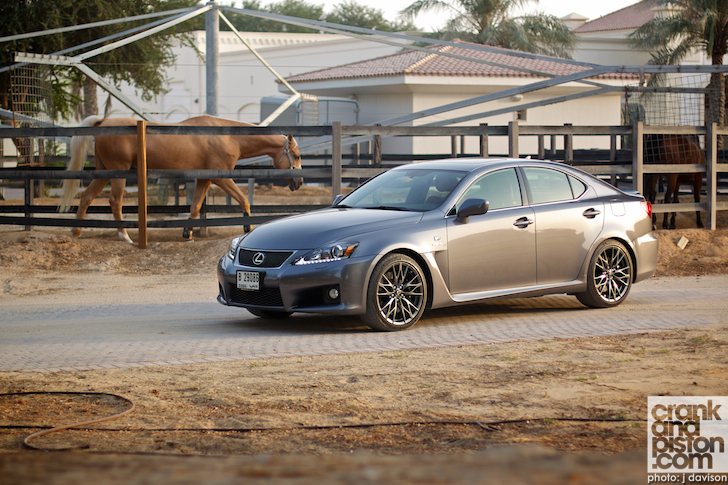 The Lexus IS F created stirrings in the automotive world with its combination of luxury car attributes, a dirty raucous soundtrack provided by the 2UR-GSE V8 (developed in conjunction with Yamaha’s Formula 1 engine program) and a genuinely rewarding driving experience. This combination has gradually dissipated from the European luxury/sports segment – driver cocooning taking precedence over driver involvement – and Lexus, once again, produced something that ticked all the prerequisite boxes in the segment while delivering a little extra sexiness to the scene. Drop an IS F in to a line up with its peers and the Lexus still stands out despite the design being over seven years old. 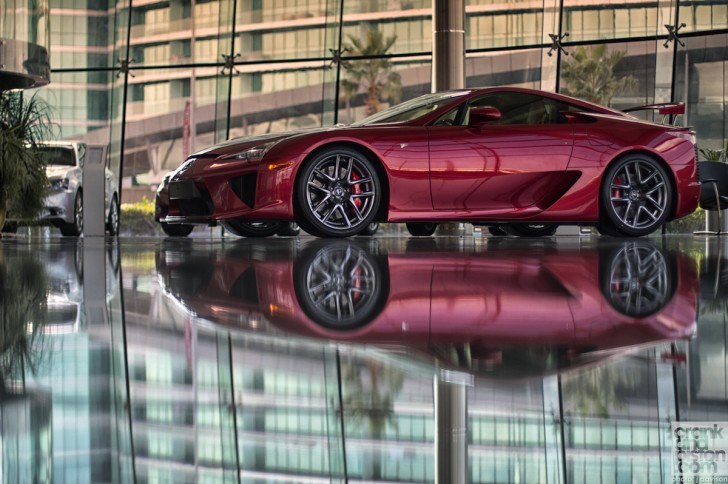 The LFA was the next release from the F marque skunkworks and single-handedly changed, not only our opinion of Lexus, but the global perception of the Japanese car industry. I have previously gone on record stating that the only criticism ever leveled at the Lexus LFA is its price per horsepower quotient. I still stand by that statement and it would seem the automotive world is catching up. Even that dude on the telly – what’s-his-face Clarkson – has retracted his previous snubbing of the LFA. He has since furthered this by going on record saying “Can you ever love a machine? Of course you can. John Connor did. And I love the LFA.” As inconsequential as that opinion is to my day-to-day existence, it is an indication how the world’s view on Japanese car manufacturing has changed in the few short years since the LFA’s release. Also, the argument that the LFA was ‘a bit pricey’ is now laughable when you compare it to the latest releases from the supercar kingdom. 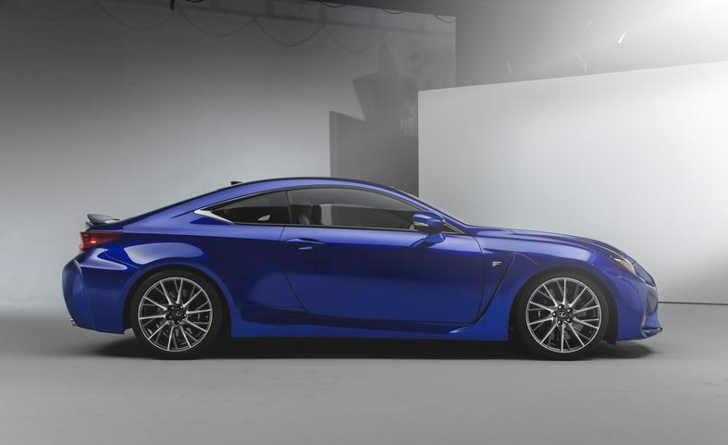 The third and latest addition to the F marque line-up is the Lexus RC F which has been revealed ahead of its debut at the 2014 North American International Auto Show in Detroit. Although officially released details are slim pickings, the RC F is looking good to further our automotive trouser stirrings. Visually, it is an aggressive piece of kit with muscles aplenty and a carbon fibre package – including roof, spoiler and bonnet – will be made available for fetishists of the black stuff. Underneath that bulbous bonnet lies a five-litre V8 churning out 460hp and 380lb/ft of torque making the RC F the second most powerful production Lexus ever. So, the LFA is still the boss but ain’t nobody sniffing at those power figures. 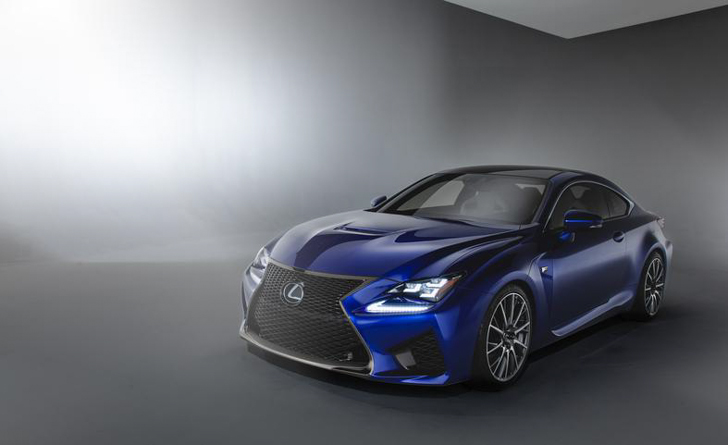 Aggressive looks and bragging rights to power output is hardly anything new in this segment. However, Lexus has a modus operandi that differs markedly from many European car manufacturers. Rather than designing and building the high-sales/low-spec base model then chucking in a big engine and slapping some badges on it, Lexus has a standard operating procedure in developing cars destined for F marque status that is beneficial to both the standard model and the exclusive, F-badged top dog. 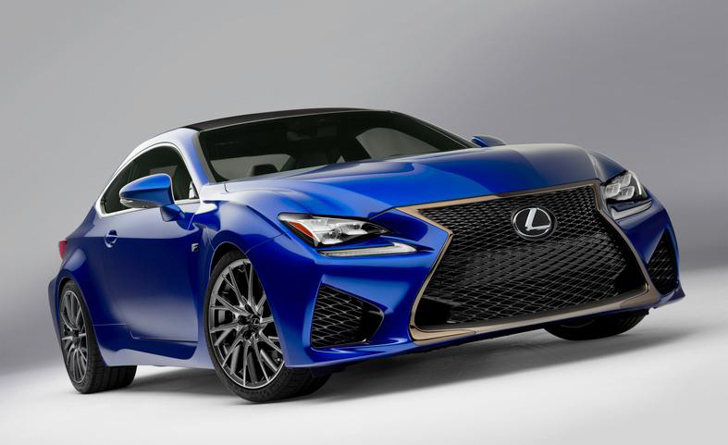 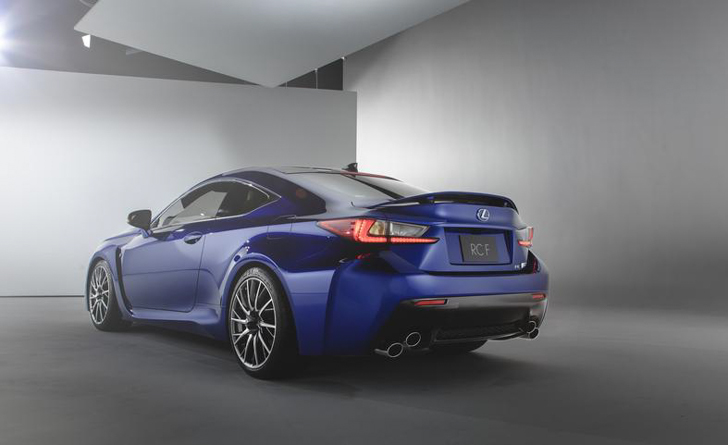 If you need further convincing it is probably worthwhile to note that Lexus deputy chief engineer and F Group Shacho, Yukihiko Yaguchi, has been the driving force on RC F development. Yaguchi-san not only designed the IS F but was heavily involved in all four generations of the Toyota Supra. While there is an insistence that there was no targeted competitor – when developing the RC F – and the brief was to “engineer a car that the team would enjoy driving”, we are all ready for the inevitable shoot-out between the Lexus RC F and a certain ‘even-numbered-Series coupé’ from Germany.

Ladies and gentleman, place your bets.

Previous ArticleVolkswagen Beetle Dune. Bring me sunshine
Next Article 2014 Dubai 24 Hours. It’s all about the colour