Noble officially lands in the Middle East, and present both the M600 and M600 Carbon Sport at the 2015 Dubai International Motor Show

All independent British supercar fans in the Middle East will be pleased to hear that Noble has officially landed.

The niche British supercar manufacturer marked its debut in the Middle East by presenting the M600 – and its Carbon Sport alternative – at the 2015 Dubai International Motor Show. And a quick glance at the specsheet reveals just how impressive a debut model this is for the Middle East.

Designed with the ‘simple’ brief of becoming a modern day Ferrari F40 (sorry, ‘analogue poster car’), the M600 boasts a surprisingly lightweight 1230kg kerb weight thanks to an all-Carbon Fibre body. Power – all ballistic 650bhp of it – comes from a 4.4-litre twin-turbo V8, which also kicks out 604lb ft of torque. Said punch allows a 0-100kph time of 2.9 seconds, on par with a McLaren 675LT. 0-160kph is taken care of in just 6.5 seconds. The Carbon Sport meanwhile is, well, as you would expect. Basically identical albeit with completely exposed carbon fibre.

Built by hand in Leicester, UK, the M600 is the sixth supercar from Noble Automotive, which was launched in 1998. Prices in the UAE are expected to start from $365K (AED 1.35m) when the model becomes available early next year. 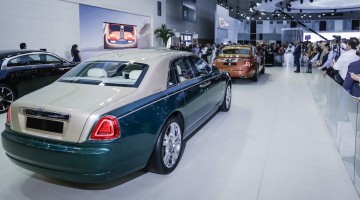 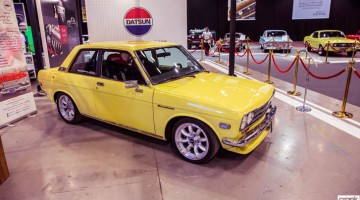