Ten months on from a Bahrain race that appeared in its pocket until the closing stages, Toyota has taken victory at the 6 Hours of Bahrain, the 2013 World Endurance Championship season finale.

Having lost out to the sister #7 TS030 during qualifying, the front row qualifying #8 leapt to the front of the field when the Alexander Wurz/Nicolas Lapierrer/Kazuki Nakajima entry ground to a halt at the end of pitroad just before half distance. Trouble for the #2 Audi R18 and a fiery exit from the race for the #12 Rebellion Racing Lola meant the #1 Audi R18 of outgoing champions Marcel Fassler, Andre Lotterer and Benoît Tréluyer was the last remaining threat. A drive-through penalty for the #1 R18, coupled with monstrously quick laptimes during the closing stages, meant the Anthony Davidson/Sébastien Buemi/Stéphane Sarrazin #8 Toyota crossed the line to secure their first outright WEC victory.

Toyota’s first victory this season on merit though (victory went to the Japanese squad after a bizarre race at Fuji in which only a few racing laps were completed thanks to freak downpours) threatened to be whipped away at the last second. Strange ‘knocking noises’ could be heard in the #8 TS030 cockpit, requiring Buemi – the team’s “demon in traffic” according to Davidson – to throttle back to secure victory ahead of the #1 Audi by well over a minute.

John Martin, Mike Conway and Roman Rusinov picked up a sensational third place overall in the G-Drive Racing Oreca 03, as well as LMP2 category victory. The win had looked good early on to go to Luis Perez Companc, Nicolas Minassian and Pierre Kaffer in the #49 Pecom Racing Oreca 03 until a hefty shunt into the barriers led to extensive time in the garage to fix some ruined suspension. Though the Bahrain victory was G-Drive’s fourth in five races, a difficult early season meant LMP2 championship victory went to OAK Racing’s Martin Plowman, Bertrand Baguette and Ricardo Gonzalez, the #35 Oreca 03 taking fourth in-class and sixth at the flag.

It proved to be lucky 13(th place) for Christoffer Nygaard, Kristian Poulsen and Nicki Thiim, who secured LMGTE Am victory in the #95 Aston Martin Racing Vantage V8 ahead of Vicente Potolicchio, Rui Aguas and Davide Rigon in the #81 AF Corse Ferrari 458 Italia. In a double whammy for Aston Martin, fifth in-class was enough to secured Jamie Campbell Walter and Stuart Hall the LMGTE Am crown aboard the #96 Vantage. 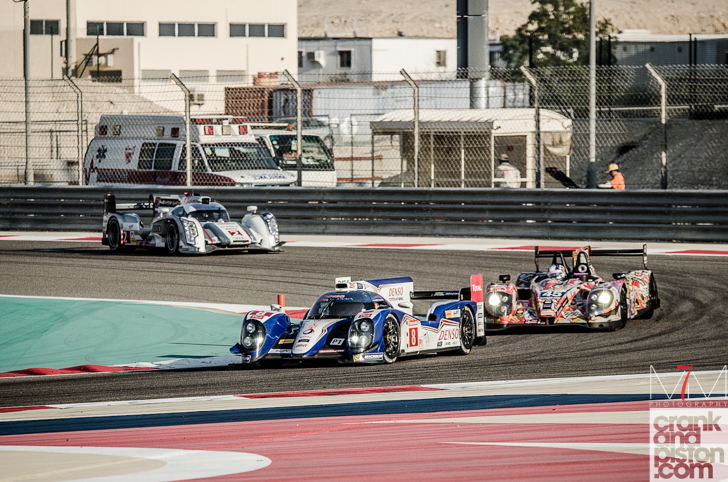 “it’s been a good win for us. We’ve been waiting for a long time for this result this season. At [24 Hours of] Le Mans we finished second, so that was a good race for us, but since then, I had a big crash on Brazil and had an LMP2 car land on me! Then we had a non-race in Japan, and in China we had mechanical issues. So it was never our race. And now, today, we arrived here, we were very fast and in qualifying we were second overall. Our sister car a bit faster than us, but we knew why and we improved the car accordingly, so in the race it was perfect!

“We were actually very close with [the sister #7 TS030], we knew it would be a tight battle but that it was possible to do it. Sebastien [Buemi] took the lead, and in traffic he was a little lucky. Then I took the car and pushed really hard in my outlap to get in front and stay in front of Alex [Wurz]. From then I pulling away, so I was controlling the race. When Alex unfortunately retired, then I was in a battle with the Audis, but again we were pulling away from [the #1 R18 Ultra], so it was really a dream race.

“It was a very important race for us to win. Toyota deserved to win since they developed an amazing car, and made big improvements on the car during the season. So we are very happy.” 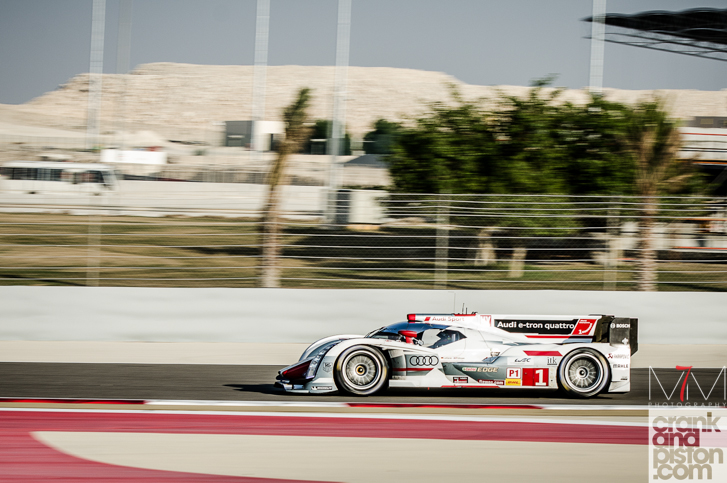 “For sure you would like to win the last race of the season, and we tried everything to achieve that, but our competitors were quite strong today. Honestly they weren’t much faster but they were consistently faster than we were, and we tried to do different strategies in the middle of the race to double stint the tyres. This didn’t work out, so we were losing even more [time]. But we had to try something and take a few risks because we were falling behind. At the end of the day, if you’re looking back, Audi had a perfect season winning the championship and being first at Le Mans. So we won the most races, and therefore we can still be proud of our season.

“It’s always nice to be on the podium, but there were only two cars in our class who finished and I think we are a little disappointed we were not closer to the Toyota. We were quite focused on our race and just had to push. It’s seldom that an Audi has mechanical issues, and if [the car] didn’t last then so be it, but we had to push anyway. That was all we could do.

“We were quite unlucky this year with some technical problems, especially the one at Le Mans. But next season everything starts from scratch: new cars, new rules, new competitors. So it will for sure be a tough season for everyone, but we will be highly motivated to make ourselves competitive again next season.” 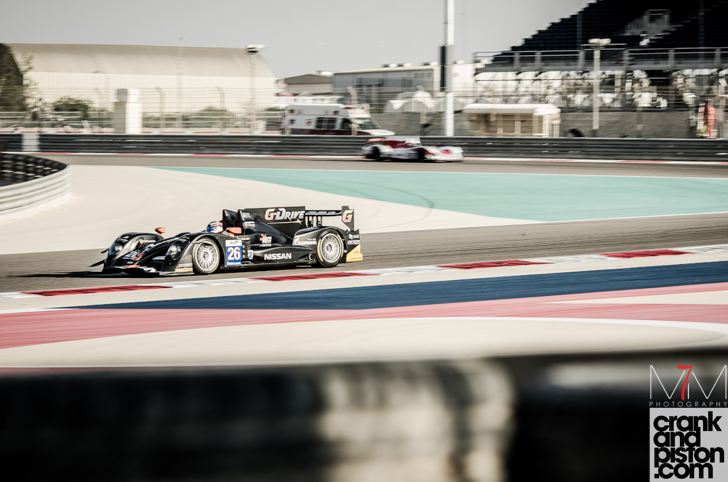 “Yeah, I can’t say it was a hard fight between the Audis and ourselves(!), but it’s great to be up there in third overall, albeit due to the misfortune of other people. Still, we got third overall and won our class. It’s been a tough weekend really. It’s been a struggle to get the car really dialled in. The Pecom car was still very fast but they had an issue and we were in the lead at that point anyway. Yeah, it’s been a great effort by everybody. Everyone really dug deep and we got the result. Y’know, four wins this season. We didn’t get the championship but we finished third, and it was just the start of the year that hurt us. But no, really happy with my year with G-Drive Racing and I’m looking forward to whatever next year brings.

“There’s a few things happening with ADR Delta, so we’re just seeing what we can do for next year. Of course I’ve got my IndyCar commitments [with Ed Carpenter Racing] but the WEC schedule works around that anyway. But I’d love to be back in the WEC and racing next year.”