crankandpiston scopes the headline acts from day one of the 83rd Geneva Motor Show, including LaFerrari, the Bentley Flying Spur, the Rolls-Royce Wraith, the Chevrolet Corvette Stingray convertible, the Alfa Romeo 4C, the production ready McLaren P1, the Lamborghini Veneno, and the Porsche 911 GT3. 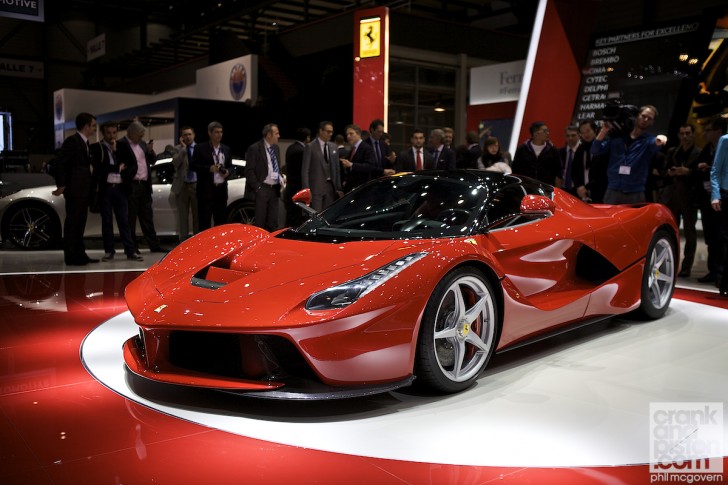 So that’s day one done and dusted, and the 83rd Geneva Motor Show has yet to disappoint. There’s no denying that the quirkily named LaFerrari, which joins a very credible list alongside the GTO, the F40 and the Enzo, will win fans over and quickly. You need only check out these videos from Ferrari for proof of that. 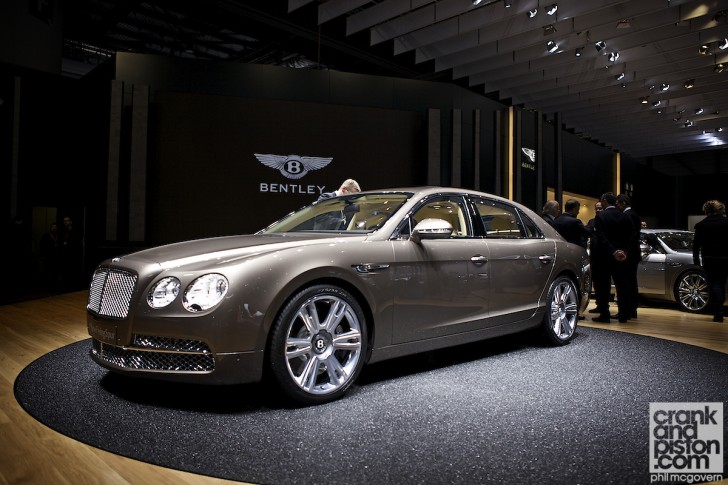 But the Ferrari is not alone in the Swiss spotlight. Bentley and Rolls-Royce for instance each arrived in Geneva with their new Flying Spur and Wraith respectively. The new Flying Spur, powered by the same 6.0-litre twin turbo W12 as used in its predecessor, boasts a new hoiked power output of 616bhp, a 0-100kph time of 4.3 seconds and a 322kph top speed. Oh, and a new handheld Touchscreen Remote apparently. 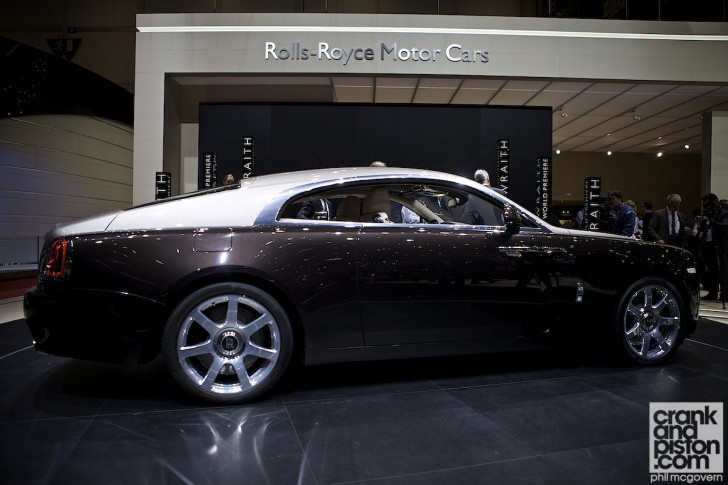 The Wraith meanwhile, the most powerful Rolls-Royce in history, offers 624bhp from a stonking V12 married to an eight-speed automatic ZF transmission and hits 100kph from standstill in 4.4 seconds. Of course nothing celebrates being 0.3 seconds faster than the Ghost to 100kph more than 1340 fibre optic lamps interwoven into the roof lining and a $320,000(ish) price tag. 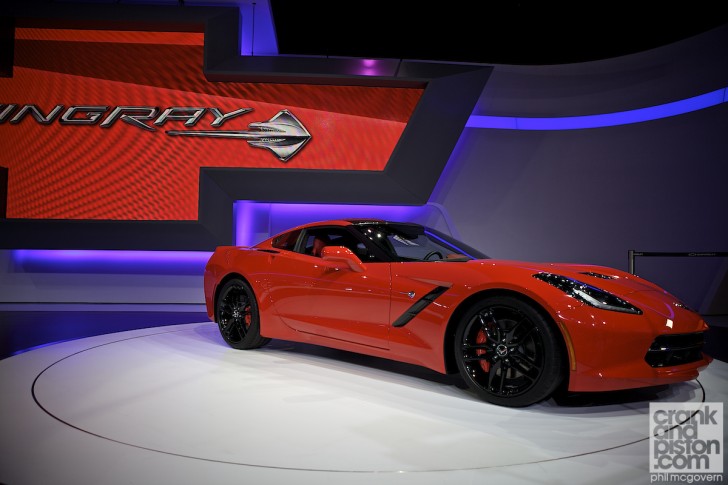 Another contender to hit the stages was the 2014 Corvette Stingray convertible about which Chevrolet had kept suitably schtoom before the curtain rose, the odd teaser image aside. We couldn’t help draw comparisons with a few notable models when the new Stingray made its debut in Detroit, but there’s no doubting that the new convertible is a striking beast. Highlights include an all-new 6.2-litre V8, an estimated 450hp, a seven-speed automatic transmission with intriguing Active Rev Matching, and a lightweight carbon fibre bonnet. (excuse the tin-top image) 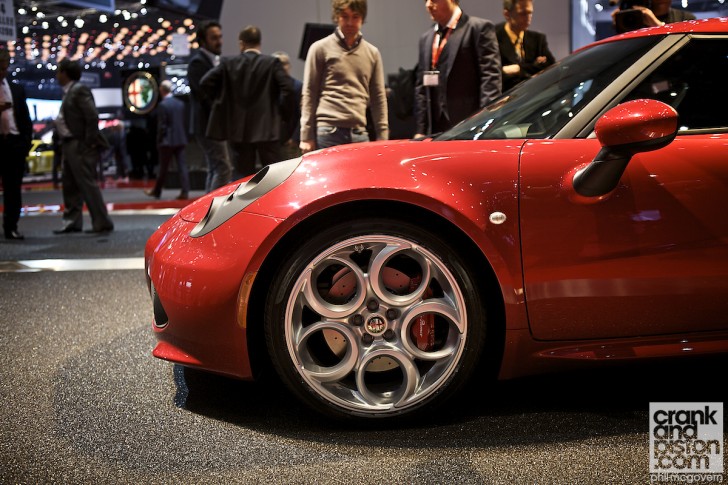 There was some considerable excitement concerning Alfa Romeo’s new 4C, which makes its debut two years after its conceptual first appearance at the same event two years ago. Essentially a pocket-sized 8C Competizione, the 4C offers a 1750 (read 1750cc) Turbo Petrol engine, twin dry clutch transmission and a power-to-weight ratio of 4kg/hp. Yep, with a carbon fibre chassis, the new Alfa ain’t gonna be no proker. 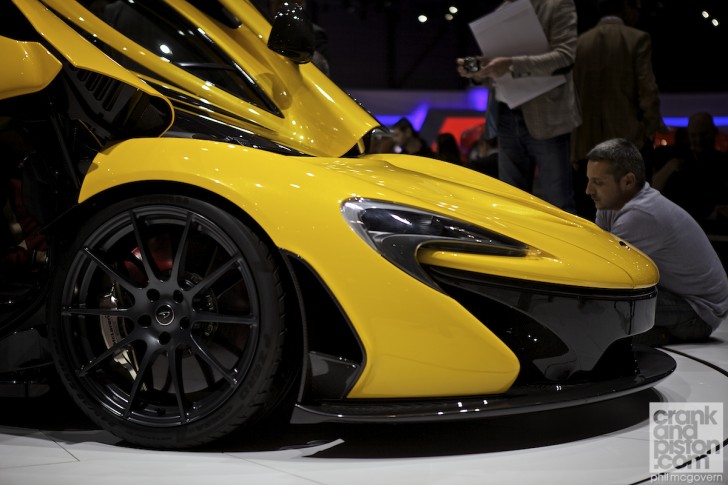 Geneva was also the first time we saw the McLaren P1 in all its production-ready beauty. The 3.8-litre twin turbo V8 we’ve all come to know and love/expect produces (thanks to larger turbochargers) 903bhp and a pretty whopping 900Nm (664lb ft) of torque. That plus McLaren’s Instant Power Assist System (I think you can work that out) means 0-100kph in less than three seconds, 0-200kph in under seven seconds, and 0-300kph in just 17 seconds: that, by the by, is five seconds faster than the legendary McLaren F1. 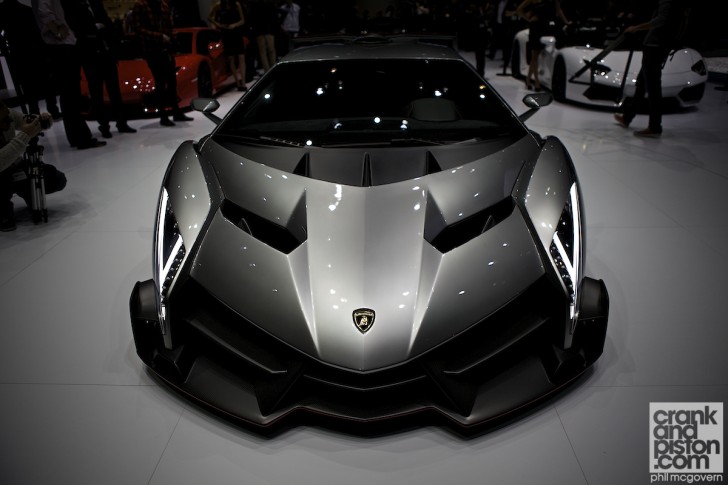 Lamborghini has whipped out this utterly monstrous and very exclusive new car at Geneva. The Veneno is limited to just three cars, and thanks to its 750hp, 6.5-litre V12 will hit 100kph from standstill in 2.8 seconds and go on to 355kpg. Check out the Audi R18-style rear fin. Want one? Tough, they’ve all been sold for a cool 3 million Euros plus tax each. That’s around $4 million. 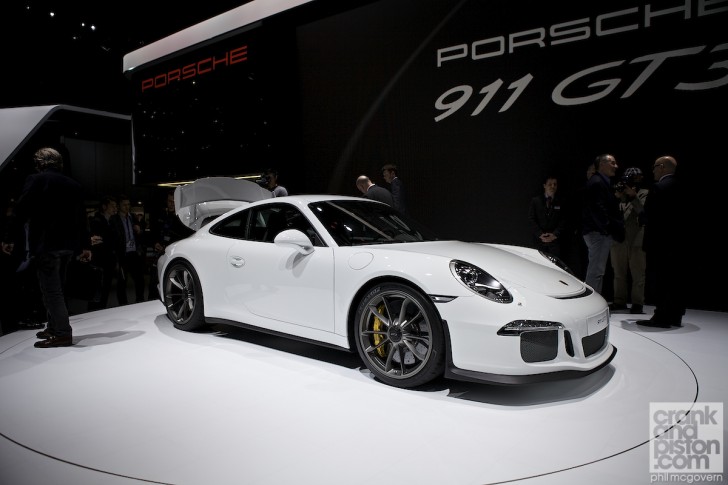 We couldn’t help though circling back round to the model that caught our attention in the first place. The automotive world has been waiting a long time for the new Porsche 911 GT3 (even though the race-spec version has held demanding petrolheads at bay temporarily), and the guys and gals in Stuttgart are certainly well aware of that, given the hardware on offer: a 3.8-litre flat-six producing 470hp, a seven-speed PDK dual-clutch transmission, a 3.5 second 0-100kph time, a top speed of in excess of 315kph, and a sub 7m 30s laptime at the Nurburgring achieved. Result, beyond epic!