The desert runs through the veins of the UAE, especially to any dedicated off-roader. Griff Gough Walters explains this fascination, with the help of his family’s ‘toy’

The desert is a place into which few dare to venture too deeply, and the sad thing is, most people won’t have the pleasure of enjoying the desert to its full extent. However, we do, because my family are off-roaders, and have been for more than 30 years.

Over that period many different cars have come and gone, and just about all of them have been 4x4s: an Isuzu Trooper, two Mitsubishi Pajeros and a short-wheelbase Land Rover Discovery all came before I was born in 1999, plus a long-wheelbase Discovery we bought from new and truly ran into the ground across a 10-year custodianship. Fast forward to today and four different Toyota Land Cruisers at one stage became a member of the family, including two 100 series’, a pickup and a 200 series.

And yet, despite living in the UAE for so many years, we have never owned a proper off-road ‘toy’: the only thing that came close was my father’s 1991 Pontiac Trans Am, and even that was used as a daily driver. 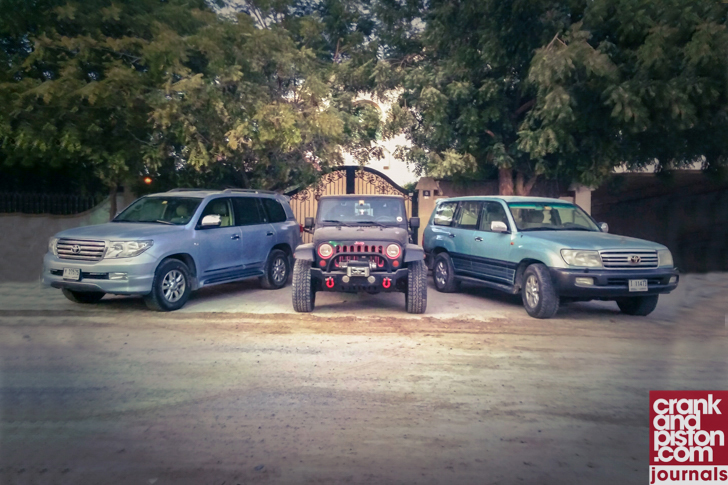 So in January 2014, when a friend announced they were leaving the country, my father decided to buy their toy and surprise us with it, a black 2008 Jeep Wrangler Sahara. Having spent hours cleaning, tinkering and gazing at the modifications to the engine, suspension and bodywork, the Wrangler has since become very dear to me: though my first driving lesson was at the tender age of seven in an automatic Chevrolet Trailblazer, the Wrangler was the first car I ever drove with a manual transmission. Yep, manual. And that’s just the start…

Under the bonnet lies a 3.8-litre V6 capable of 202hp and 237lb ft of torque in stock form. Since then though the lazy engine had been woken up courtesy of a K&N air intake and a Superchips software programme, which collectively produce about 20hp extra. This added oomph helps turn the chunkier 33in Mickey Thompson Baja ATZ tyres that simply dominate the sand dunes thanks to their width.

Behind the wheels are a set of 1.5in spacers, which were needed mainly to accommodate the bigger tyres but also to give a meaner looking stance. King racing shocks had been installed for better handling, but were still paired with the standard springs, meaning bottoming out the front end was a frequent occurrence and the rake was a bit too aggressive for our liking. The standard bumpers have been done away with after a tow shackle ripped through them, and in their place sit aluminium replacements that were designed and built by Bear Garcia at SS1 Garage. Above the bumper, on the iconic seven slot grill, we have finished a quick pre-summer paint project which, as you can see from the images. helps to make our Jeep stand out on the road. 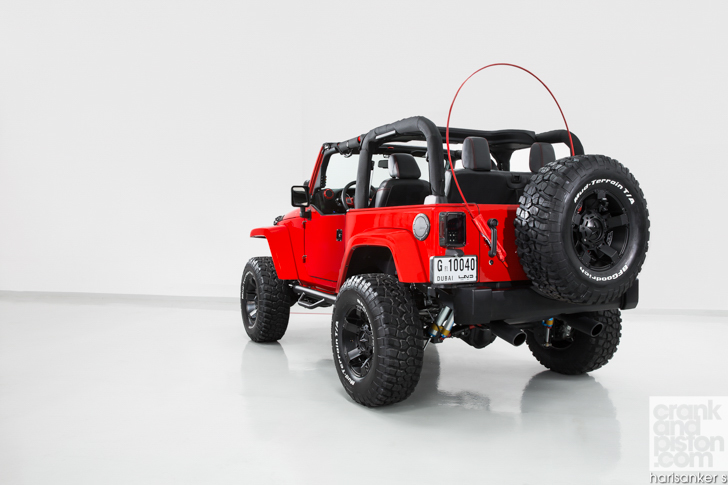 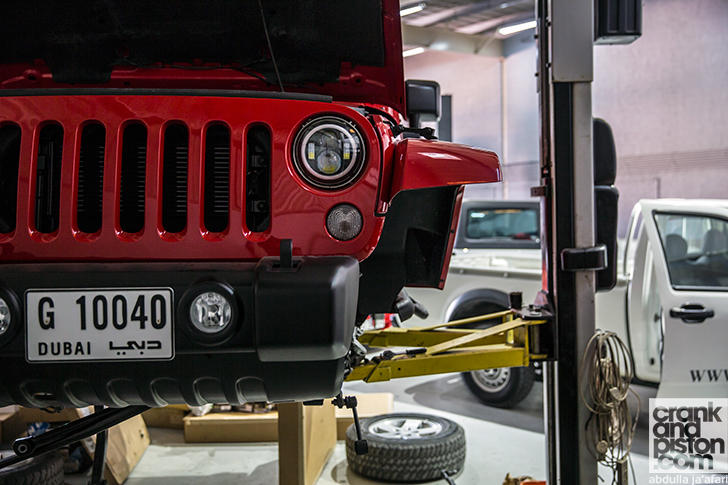 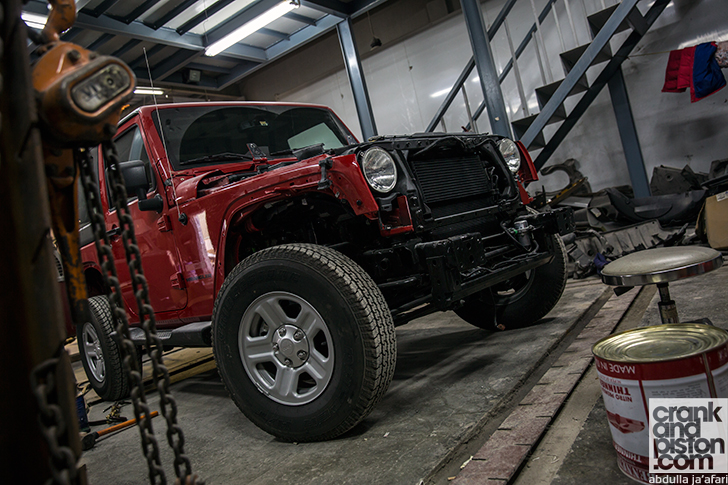