Jump on-board the 1960 Targa Florio-winning Porsche 718 RS 60 with Derek Bell as the 24 Hours of Le Mans legend takes an unedited drive on the course that cemented the 718’s legacy. 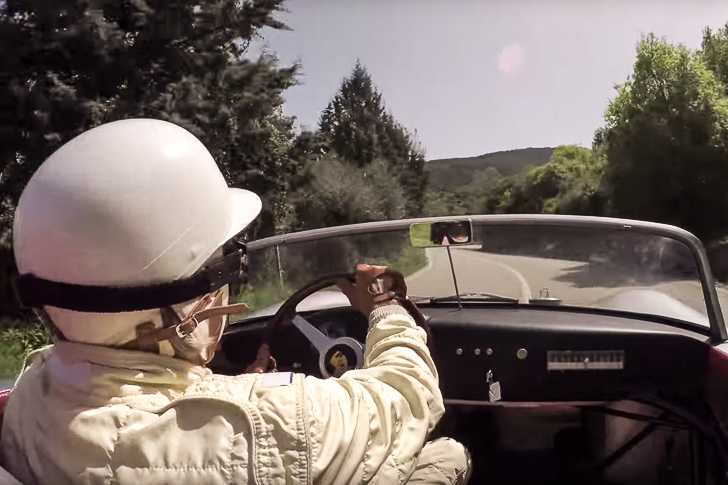 It seems Petrolicious has been holding out on us. If you were like us, you watched the team’s recent video of former 24 Hours of Le Mans winner Derek Bell taking a pristine Porsche 718 RS 60 for a ‘tasteful’ spin on what remains of the Targa Florio course with an aching jaw, such was the extent your mouth was held ajar (and if you haven’t seen it, you need to click HERE). Beautifully shot and wonderfully poetic, given that this same car had won the prestigious – albeit wildly dangerous – road rally back in 1960, the second win on the bounce for Porsche and the third of what would become a record 11 victories.

Turns out though that the 11m tribute to the ‘Living Legacy’ was just the beginning, Petrolicious having recently uploaded a full five minute hillclimb from on-board the 718, just over the shoulder of Derek Bell himself. Fans of the 1961 Ferrari 250 GTO hill climb video can start getting excited…

And yes, it’s pretty epic. It’s got the soundtrack from a retro 1.5-litre boxer four-cylinder. It’s got the stunning view into the Sicilian valley beneath. It’s got no narration at all, and it has a sports car legend – now well into his seventies – driving a classic Porsche like he’s just left the forecourt without dropping a deposit cheque. Stop everything you are doing and click play. We implore you.

Click HERE to see the original Derek Bell / Porsche 718 RS 60 video, and HERE to check out our thoughts on the brand new Porsche 718 Boxster