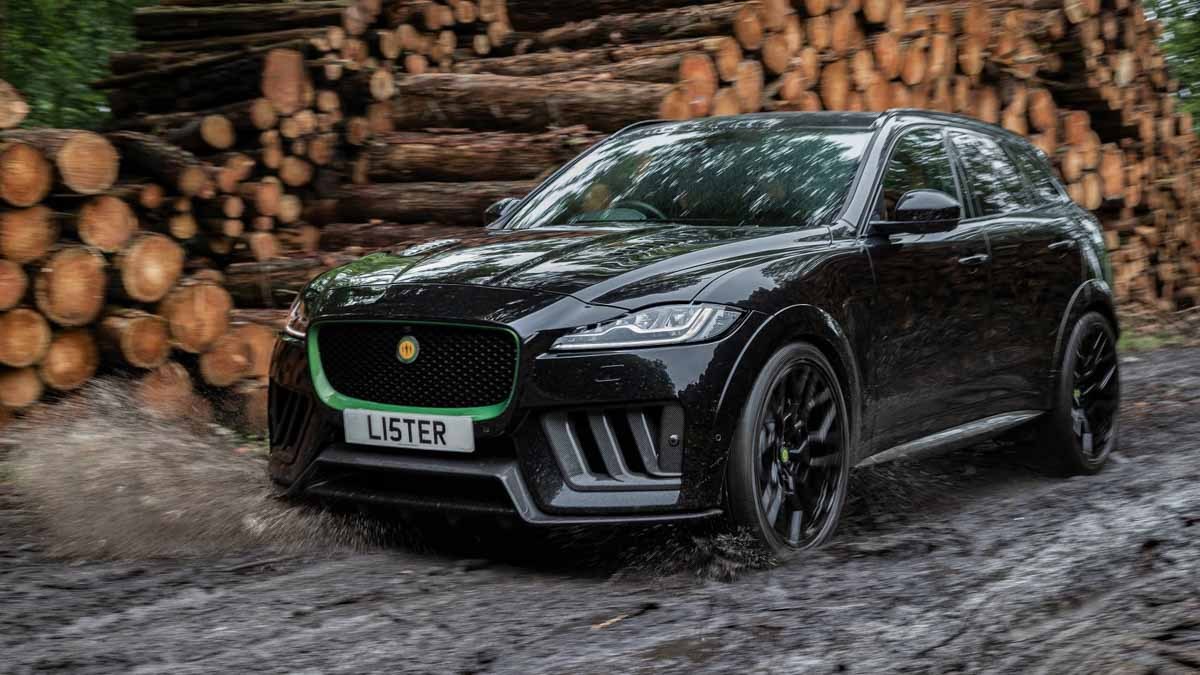 Cambridgeshire-based Lister Motor Company has finally launched the Stealth, a 666bhp version of the Supercharged V8-powered Jaguar F-Pace SVR. IThe limited-run model is said to boast more performance than even the Lamborghini Urus, and from a comparatively affordable $145,705.

The Lister Stealth utilises JLR’s 5.0-litre supercharged V8, applying similar mechanical upgrades seen in the brand’s F-type-based LFT-666 of 2018. Among the upgrades are a custom-built intercooler, an improved air filtration system, upgraded supercharger pulleys and Lister’s very own engine management system to tie it all together.

The result is an output of 666bhp and 650lb ft of torque, up 124bhp and 149lb ft of torque over the already-potent F-Pace SVR. 0-96kph is quoted at 3.6sec, with top speed at a supercar-rivalling 314kph – that makes the Stealth cheaper, more powerful and possibly faster than the Lamborghini Urus, although it’s worth mentioning that Lamborghini does its 0-100kph sprint only 0.1sec slower than the Stealth’s 0-96kph time (it sounds silly, but at such fine timing tolerances, it does make a difference)

To prove its performance Lister took an example to VMAX200, putting it up against an Urus and other high performance machines such as the Aston Martin Vantage and McLaren GT – the Stealth is said to have outperformed them all on the 3-kilometre Kendrew Barracks runway in Rutland.

In addition to its performance upgrades, Lister has also given it the F-Pace cosmetic overhaul. At the front you’ll find a new carbonfibre front bumper with enlarged intakes for improved cooling, and an aggressive front splitter to improve high speed stability. Side skirts are also tweaked for more aggression and widened arches help accommodate the new 23” Lister-designed Vossen wheels.

A new stainless steel exhaust system is also included in the package that liberates both more power and sound, with its quad carbonfibre-wrapped tips nestled within the new rear bumper insert. The standard SVR’s brakes have also been given an upgrade to deal with all this extra grunt.

Inside, occupants are treated to ‘Bridge of Weir’ Nappa leather which can be specified in 36 colours – a total of 90 stitching options are also available to further personalise elements such as the seatbelts, seats, dashboard and steering wheel.

Lawrence Whittaker, CEO of The Lister Motor Company, said: ‘Creating Britain’s fastest SUV is not without its challenges, but our in-house design and development team have created a truly unique and world-class product with the Lister Stealth. The launch of the Stealth continues our track record of creating bespoke, beautiful cars that major on performance, luxury and most of all owner and driver enjoyment, with a price point that significantly undercuts the competitors in this marketplace.’

Lister is even providing a seven-year warranty with every car. Just 100 examples will be produced with prices starting at $145,705.