New powertrains and tech for MY21 Land Rover Discovery Sport 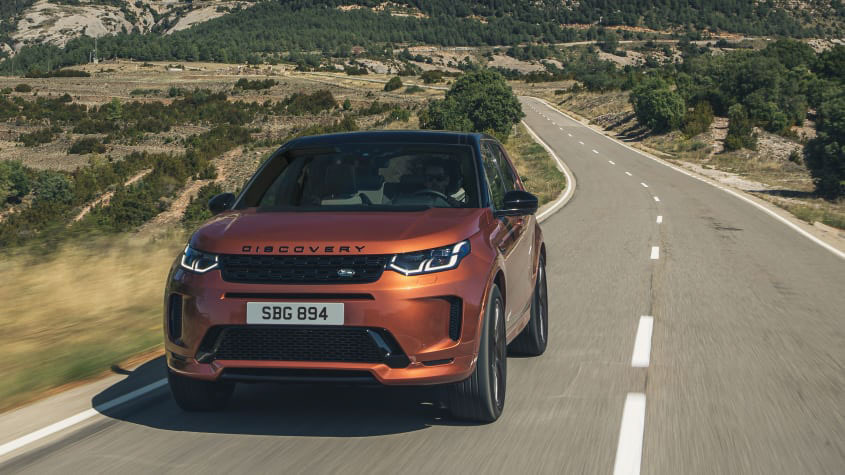 New for the Discovery Sport are two fresh Ingenium diesel options that replace all previous diesel engines. Both are mild-hybrid assisted, as with most previous versions, but have reduced internal friction and improved efficiency compared to last year’s engines. The diesel is available in either 161bhp or 201bhp forms, which will get the Disco Sport to 100kph in 10.4sec and 8.6sec respectively.

The petrol engine range has also been expanded with the current 197bhp and 247bhp options being joined by a more powerful 286bhp variant. The new P290 as it’s known, is only available in the ‘Sport Black’ trim, and makes for the fastest Discovery Sport currently on sale reaching 100kph in 7.4sec. These new powertrains also join the P300e plug-in hybrid that was revealed earlier this year, which combines JLR’s new 1.5-litre turbocharged three-cylinder petrol engine with an electric motor and battery pack.

On top of these new powertrains, Land Rover has also fitted its new Pivi infotainment system that was first seen on the new Defender. Despite sharing an identical screen size and aspect ratio to the previous system, the software is all-new and from experience in other JLR models, is a dramatic improvement on the previous system. The interior is otherwise unchanged, save for a new steering wheel.

Pivi also supports other new integrated tech, such as a better 3D virtual parking camera system and over-the-air updates, while also being more responsive and reliable with an independent power source and more powerful processors. This new digital interface joins the Clearsight rear-view mirror system, which works by displaying a high-resolution image from a rear-facing roof-mounted camera on the rear-view mirror.

The Discovery Sport is otherwise unchanged from the previous model, with prices for the new model starting at $41,340, rising to well over $65,000 for high-spec HSE models fitted with the plug-in hybrid powertrain.