I’m intrigued to know what character the Zenos will have. The price point makes it attractive to those taking their first dip into waters populated by track specials, but it also needs to appeal to old hands. It needs to be approachable for the newbies, but have enough depth to satisfy those that really want to push its limits.

It’s a grey day in Norfolk as I prepare for the adventure, and I’m hoping there’s no rain on the way since the Zenos has no roof. Nor does it have doors, which means entry is by way of a particularly unstylish vault over the side and onto the composite seat (another option). Thanks to the optional racing harness it takes a few seconds to get the belts all strapped in, and then it’s time to fire things up. A key fob deactivates the immobiliser and a button on the centre console starts to pulse. With a push it fires up the Ford engine behind me. It’s loud, but the four-cylinder itself isn’t particularly evocative at idle.

“The noise alone could keep me entertained for an afternoon”

In front of me is a detachable steering wheel that I don’t really need to take off at any point, and a multifunction screen that displays all the necessary instrument information in digital form. Another larger screen sits in the centre. The seat slides forwards and backwards and the driving position is pretty good, although I find the gearstick slightly too high. It doesn’t hinder operation in any way though. 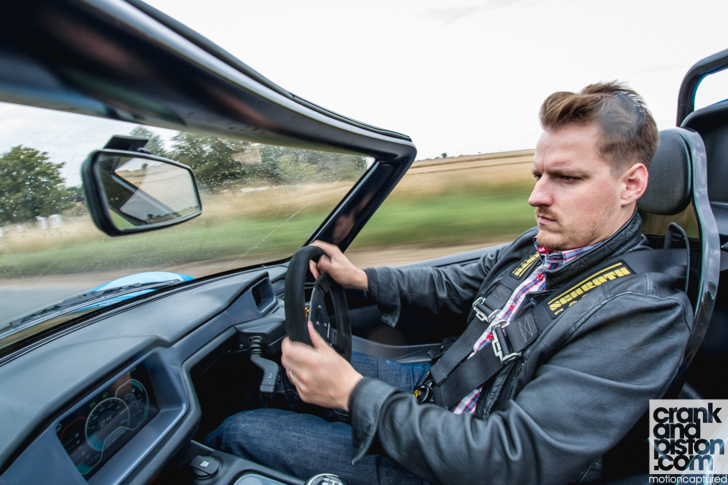 Although the engine noise itself doesn’t prove particularly sonorous, that’s more than offset by the induction noise, which is glorious. The intake is behind my head and every squeeze of the throttle produces a fantastic whooshing sound as air is sucked into the Ford unit. It’s a multidimensional experience, rather like playing an instrument – prod the gas in different ways and you’ll get different notes, and likewise as you release the pedal the turbo chirps and hisses in a way that really stirs the emotions. The noise alone could keep me entertained for an afternoon.

Happily though, there’s more to the E10S’s talents than the aural. I head out onto the quiet country routes around the factory, a mixture of British A and B roads that vary in surface quality and offer a substantial challenge to any car, let alone one designed in two years by some guys in a business park. Unlike my last experience in a Caterham, I’m not intimidated by the Zenos – it’s very accessible to drive, very modern and reassuring. At slow speeds, through picturesque villages, it’s well behaved but when the road opens up and I drop down a gear, the response is electric. The low weight and torquey Ecoboost engine give instant shove forward. You could keep the revs below 4000rpm and still make very rapid progress, but hold off on the shift and let the engine soar to 7000rpm and serious speed arrives very quickly, all accompanied by that symphonic vacuum cleaner at the back of the car. The steering is fast but not twitchy – the E10S feels solid and decisive at the front end, but the back holds on beautifully when I see how early I can get on the gas. There’s barely a twitch at full throttle in seconds gear and I don’t want to push any harder on the road for fear of testing the car’s ease of repair. Suffice to say, there’s plenty of grip from the semi-slick Avon ZZRs on this particular car – in the dry at least. Thankfully the rain limits itself to an occasional spit. 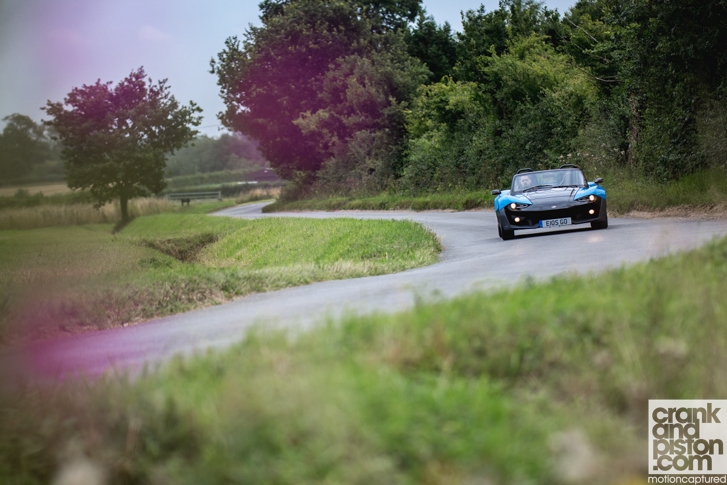 As photographer Tim sits at the side of the road to shoot, I take several runs at a stretch of road that flick-flacks left and right, getting faster each time and become more impressed at how well-behaved the E10S is, leaping from apex to apex without hinting at danger. The wheel is full of feel and with no real insulation in the car there’s a real feel of connection with the road. Luckily for my back it’s not a physically testing experience – despite the rural quality of some of the roads, the suspension works brilliantly to soak up bumps and stop the back of the car skipping around, while remaining stiff enough to keep everything feeling taut. The brakes are decent too – because of the lack of bulk in the car they don’t need to be particularly hefty, and they’re full of feel, which is particularly useful given the lack of ABS.

What’s particularly impressive about Zenos is how much the company has achieved in such a short space of time. The E10 was still a blank piece of paper in May 2013, and to create a car so engaging in just two years is staggering.

The end result is a really well thought-out idea that offers genuinely engaging and confident performance on the road. For a full understanding of just what it can do I’d really want to try it on track, as the performance is such that public highways can’t do its limits justice. But I can already tell that this lightweight new kid is supremely talented and really good fun to drive in public.

Zenos hopes to sell 150 cars this year and expand that to a maximum of 250 after that, through dealer partners around the world. A handful of cars have already made their way to places like China and the US as well as around Europe. A new model, the E11 roadster, will follow in 2016, which will feature a roof and air conditioning, therefore opening up the appeal to more international markets, and an E12 coupe is promised in 2018. The company is resolute that its new cars will follow the same pattern as the E10 and not suddenly swell in price. Don’t be at all surprised to see demand soar as more people get wind of what this tiny company is up to. It’s come up with a really cracking little machine.