In a world already full of independent British car companies, is there any reason we should pay attention to the new Zenos E10? After a test drive in the development mule, our man decides that yes, we really should…

Small, niche car companies are something of a British tradition. The romance of a few guys in a shed or warehouse, building their dream car and then struggling to sell it to like-minded individuals is part of the nation’s automotive DNA. When it succeeds, it’s spectacular (just look at Morgan, Caterham or Lotus). When it doesn’t, a company’s demise merely adds to the list of names of dreams that were never fulfilled, and sometimes before any cars were even sold.

So, should we be taking notice of a small company, with just 22 employees working out of a run-of-the-mill business park, just outside Norwich, UK? Lotus is just a kilometre or two up the road; why not go there instead? Well, because Zenos has some new ideas, and just might be onto something really good. The company was formed by Ansar Ali and Mark Edwards, both former senior figures at Lotus and Caterham. Their idea was to make a lightweight sports car to a specific affordable price with smile-inducing performance but also ease of serviceability and repair.

“We knew what price point we wanted to retail at and we knew what investment we had,” explains Ali as he shows me around the Zenos workshop. “We had the market we were going after and the price points the products had to be, and then we worked back from there.” 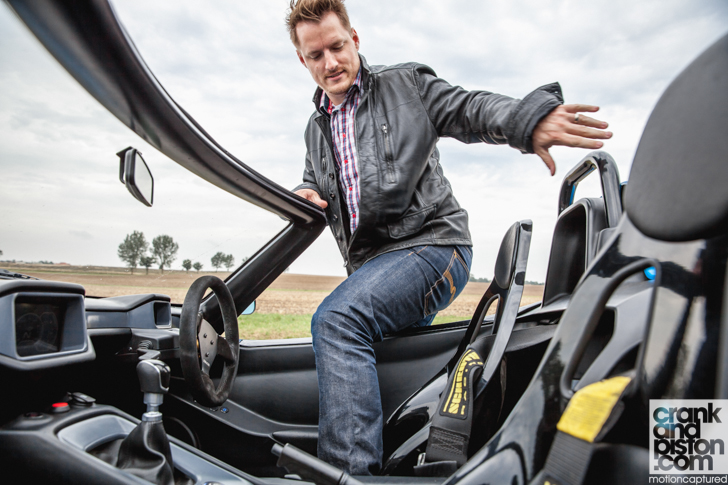 The result is a two-seater car that comes in two forms, the E10 and the E10S, costing $38,720 and $46,480 respectively. It’s a back-to-basics, analogue machine very much in the Caterham and Lotus mould, sans ABS or ESC. But unlike the Caterham, which is constrained by the historical design of the Lotus 7 of the 1960s, it’s designed from scratch using some innovative new ideas. Both models also come in under the price of the cheapest Lotus Elise.

“It’s very easy in the car market to get carried away with engineering very, very good cars, and there are lots of them out there,” Ali says. “There is a danger however that the engineering costs tend to determine the price points, rather than the other way around. They can spiral very easily and I’d be lying if I said it wasn’t a challenge for us. It obviously helps to start with a blank piece of paper and work backwards.”

“Unlike the Caterham, which is constrained by a 1960s design, the E10S is designed from scratch”

The design is based around a one-piece aluminium extrusion that acts as a spine, with a subframe mounted to the back that holds the engine and rear suspension. The steering rack goes through the spine, while inboard front suspension is also mounted to the aluminium extrusion, with the intention of keeping the Bilstein dampers out of harm’s way in case of an accident. The whole philosophy of Zenos, Ali says, is to make ownership easy and affordable, and that’s reflected in the way the car is designed. A monocoque was eschewed in favour of five panels made from recycled carbon fibre with thermoplastic honeycomb centres – a rear bulkhead, two panels in the floor and two at the side. On top of this framework, and a tubular structure above the engine, sit six exterior GRP panels instead of clamshell-design bodywork – again, designed with ease of service in mind. Each can be individually replaced.

“When you have a one piece clam and hit a corner you’re probably talking three or four thousand pounds ($4600-$6280) just for the clam,” says Ali. “We want people to have fun in it and not have reparability at the forefront of their minds every time they drive the car, because then they don’t enjoy it.” 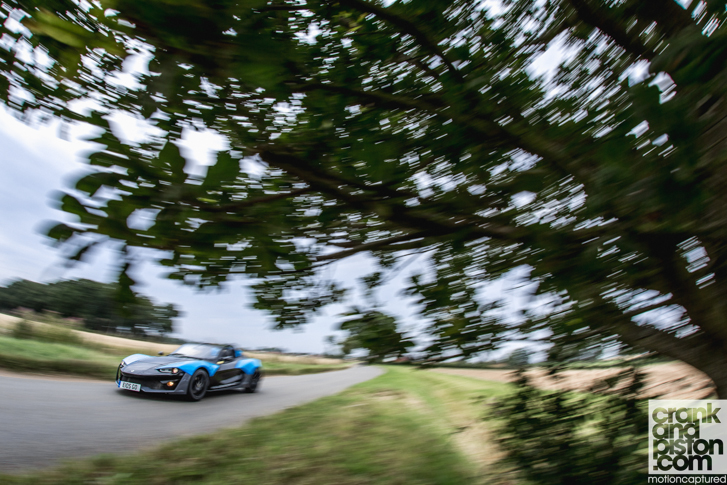 The rear lights come from an Alfa Romeo Mito, while the front lights are aftermarket units. The overall package is a good-looking one – undeniably contemporary, purposeful and sleek. Mounted in front of the rear axle sits a 2-litre Ford engine – a 200bhp naturally-aspirated unit in the E10, and a turbocharged Ecoboost unit with 250bhp in the E10S. With the weight of the car a mere 725kg, that’s enough for 0-60mph (0-97kph) in 4.5 and 4.0 seconds respectively. The Ford units were chosen again because of cost and ease of service, and the engine complements other Ford parts; the Ecoboost engine, the gearbox and the differential are all taken from the Focus ST, which means parts are plentiful and affordable.

The E10S I get to play with is actually one of the final development mules for the car – such is the size of Zenos as a company, I forgive them for not having a dedicated production car for the press to play with. It boasts a few optional extras over the base car, including a six-speed manual transmission over the standard five-speed, a six-point racing harness and a full windscreen rather than the standard deflector, which means there’s no need for a helmet. The windscreen can be changed by the owner using just a few bolts.