The World Endurance Championship heads to Sao Paolo, Brazil, for round four. Be sure to keep up with who’s who and what’s what with Andy Blackmore’s latest spotter’s guide. 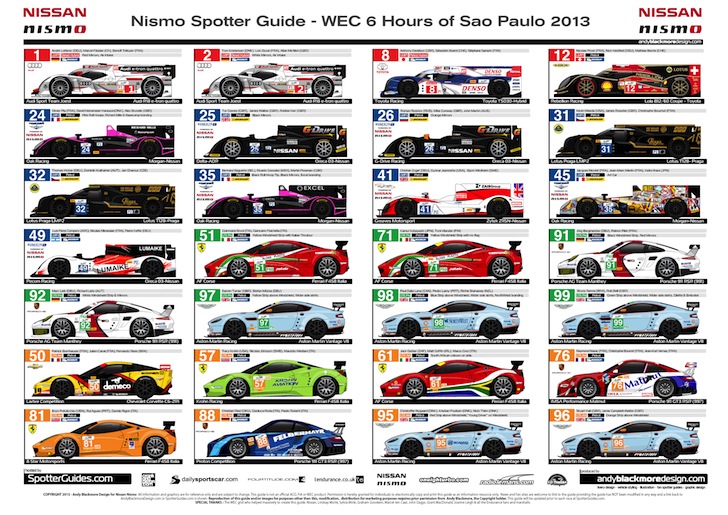 After a two-month hiatus, the World Endurance Championship returns to action this weekend at the Sao Paolo circuit in Brazil. Last time we caught up with the WEC crowd, Audi was showing main rivals Toyota what’s what at La Sarthe, the German manufacturer notching up its 12th win in 14 starts at the legendary 24 Hours of Le Mans after sterling drives from Tom Kristensen, Allan McNish and Loic Duval in the #2 R8 LMS Ultra.

Reigning WEC champions André Lotterer, Marcel Fässler and Benoît Tréluyer will make sure the trio are not resting on their laurels, the action sure to be as cut and thrust as it was at Silverstone and Spa-Francorchamps. (even though Spa and Le Mans podium finishers Marc Gené, Oliver Jarvis and Lucas di Grassi will not be in attendance). Toyota may have scaled back to just a one-car assault – with Nicolas Lapierre, Alexander Wurz and Kazuki Nakajima on the bench for Brazil – but Anthony Davidson, Stéphane Sarrazin and Sébastien Buemi will be keen to show the WEC paddock the speed that secured Toyota three wins from the final four races of last year’s season.

The fight for best of the rest once again falls to the Rebellion Racing Lola of Nick Heidfeld, Nicholas Prost and Mathias Beche, while the OAK Racing Morgans will be battling for LMP2 class and series honours, Bertrand Baguette, Ricardo Gonzalez and Martin Plowman, and Oliver Pla, David Heinemeier-Hansson and Alex Brundle thus far keeping the Pecom Racing Oreca of Luis Perez Companc, Nicolas Minassian and Pierre Kaffer at bay.

In the GT class, Aston Martin will be looking to put the tragic events of Le Mans behind it with class victory, Stefan Mücke and Darren Turner leading the three-car charge in Pro and two-Vantage GT4 assault in Pro-Am. As ever though, the AF Corse Ferrari 458 Italias of Gianmaria Bruni and Giancarlo Fisichella, and Kamui Kobayashi and Toni Vilander will not be making that easy. Nor too will current GT Pro standings leaders Marc Lieb, Richard Lietz and Romain Dumas in the Porsche AG Team Manthey 911 RSR.

Fortunately the latest spotter’s guide from Andy Blackmore will help you keep track of the action in Sao Paolo. Be sure to download the full-sized version HERE. 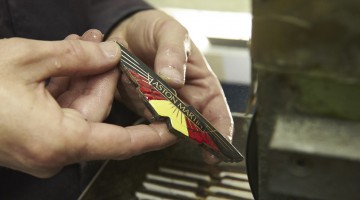