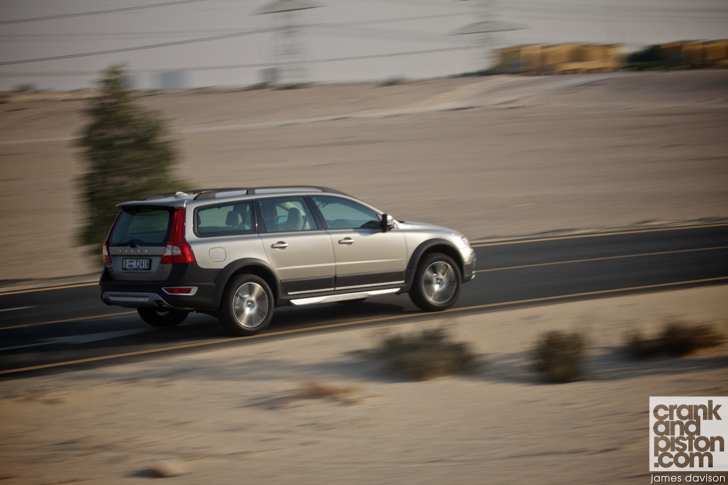 The Thrill of Driving? In a Volvo estate? Okay, the Swedish example of comfort, practicality and reliability may not best represent this mantra, but with the third generation of the XC70, we suspected there might be a little something else hidden beneath the surface.

For starters, the third gen XC70 has gone more rugged. While the sleek bodylines of its predecessor remain, a sharper and altogether less rounded front end create a much gruffer persona than the XCs of old, plus the slightly bling-tastic silver trim about the fog lights. It’s typical Volvo down the sides, but there’s a new stance plus a new cheeky rear lip spoiler and chrome-embellished tailpipes at the rear. Also, there’s a blue square that says Polestar on it. 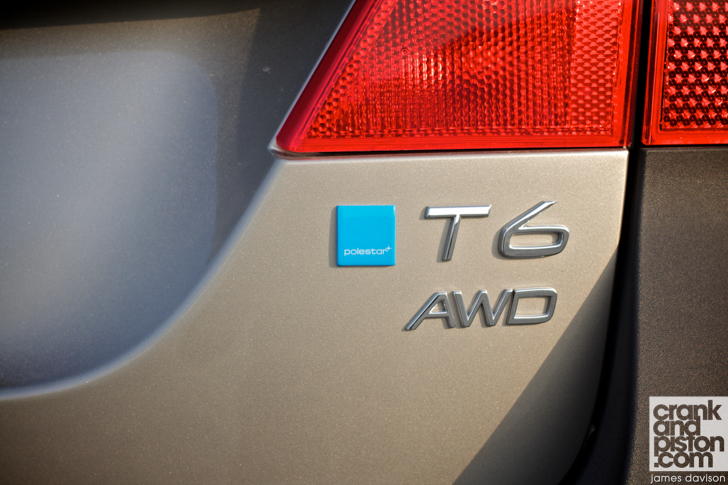 We’re all familiar with the Mercedes AMGs, Audi Ss and BMW Ms of this world, but the Polestar has more than enough power about its hefty shoulders to send any of them to the matt on a good day. Indeed, look beyond the extended roofline and copious load space in the XC70 and you’ll find some pretty significant hardware.

Polestar tuning means the 3.0-litre Volvo T6 (a six-cylinder with turbo) under the XC70 bonnet now boasts 329bhp as opposed to the original 304bhp. Now granted 25bhp may not seem much, but when used in collaboration with 354lb ft of torque (up from 325lb ft and the effects of which are now optimised lower down the rev range), a slightly lower chassis and tightened suspension, the XC70 has been given some added bite. 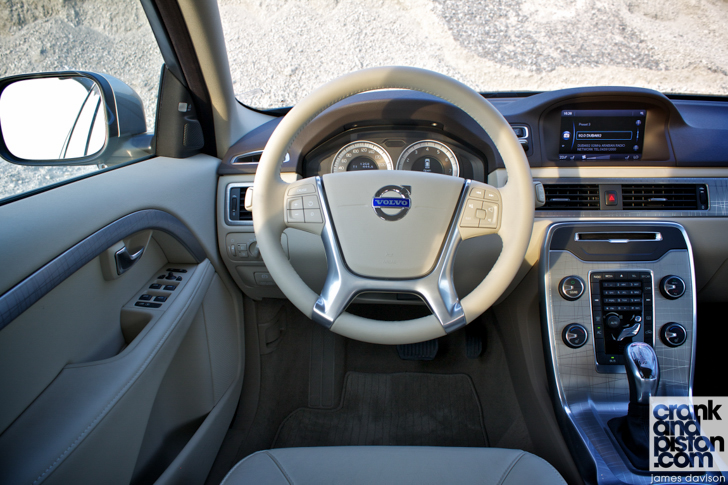 Sadly, nobody seems to have mentioned this to the guys at the design easel. Aside from the pretty swanky floating centre console (which you’ll probably only notice when behind the wheel if you move your right knee), there’s little in the cabin of this SE Lux model that emphasises the extra injection of grunt. There’s plenty of leg and headroom, bagfuls of space and hidden storage compartments in the rear, and enormous amounts of visibility. And yes, the seats are comfortable and relaxing, and are thus unlikely to hold the body tightly through the corners. We’re most definitely in Volvo territory here.

Fire the T6 into life, and it’s the same script, with little in the way of pulse raising roars. But things do improve. Slip the six-speed transmission into drive, tap the accelerator, and that extra grunt and low-end torque has made a difference. Sort of. Blink and you’ll miss it, but the Volvo’s long nose will even raise a little. The tuned engine won’t have you pinned to your seat, but there is enough bite from the line to raise an eyebrow, even if most of the torque is gone by the time you hit 4000rpm and shifts through the gearbox can be a little lumbersome. The extra oomph will raise a smile, and perhaps cause a “huh” in mild astonishment. But honestly, it’s difficult to get too excited. 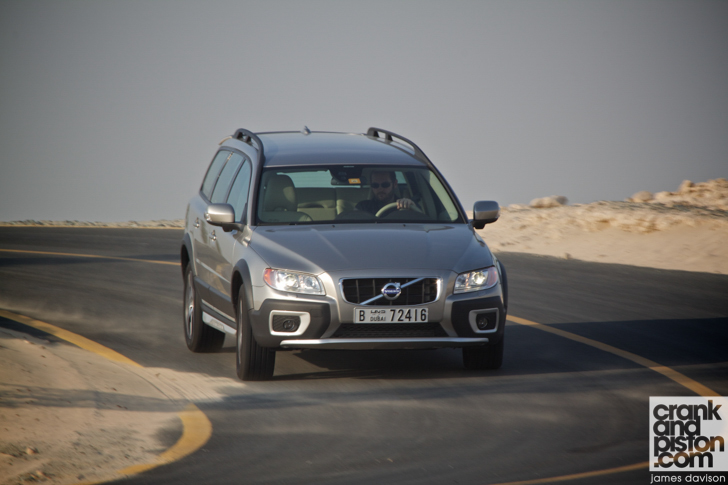 Even in its lowest setting, the seat position is too high, and – given the ground clearance – from the driver’s seat you will feel as if you’re towering over pedestrians, fellow motorists and the occasional three or four storey building. Consequently when you do hit a corner there is a lot of lean, the momentum of which will start to push you out of the driver side window. At just shy of 2500kg, the XC70 Polestar is a weighty brute, and though (somehow) it doesn’t feel as such at cruising speed, under braking the weight suddenly shifts to the nose, upsetting the balance and requiring a little more pressure exerted from your right foot. 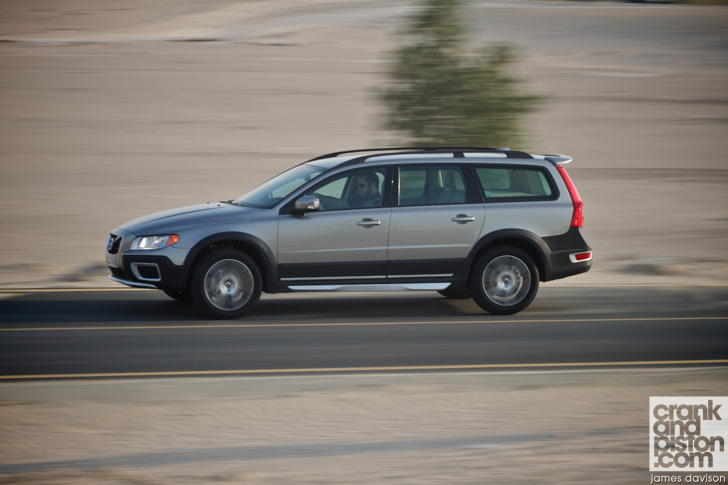 I’m fully aware that the estate XC70, regardless of its Polestar tuning, is not a performance machine. Once I’ve stopped throwing the Volvo at the horizon, abandoned the search for ‘the limit’ and started driving it properly, everything starts to make sense again. Long distance journeys, thanks to copious amounts of space and an easy-to-use entertainment system, are completed almost effortlessly. And although it’s not quite as responsive as I’d like when shifting manually, you probably won’t even notice the changes in automatic given how smooth they are. The XC70, as you would expect, is a practical cruiser, albeit now with the ability to beat the occasional sport saloon away from the traffic lights should spontaneity grab you.

But a Polestar version? I’m not sure I get it.