First member of the ID. family is called ID.3 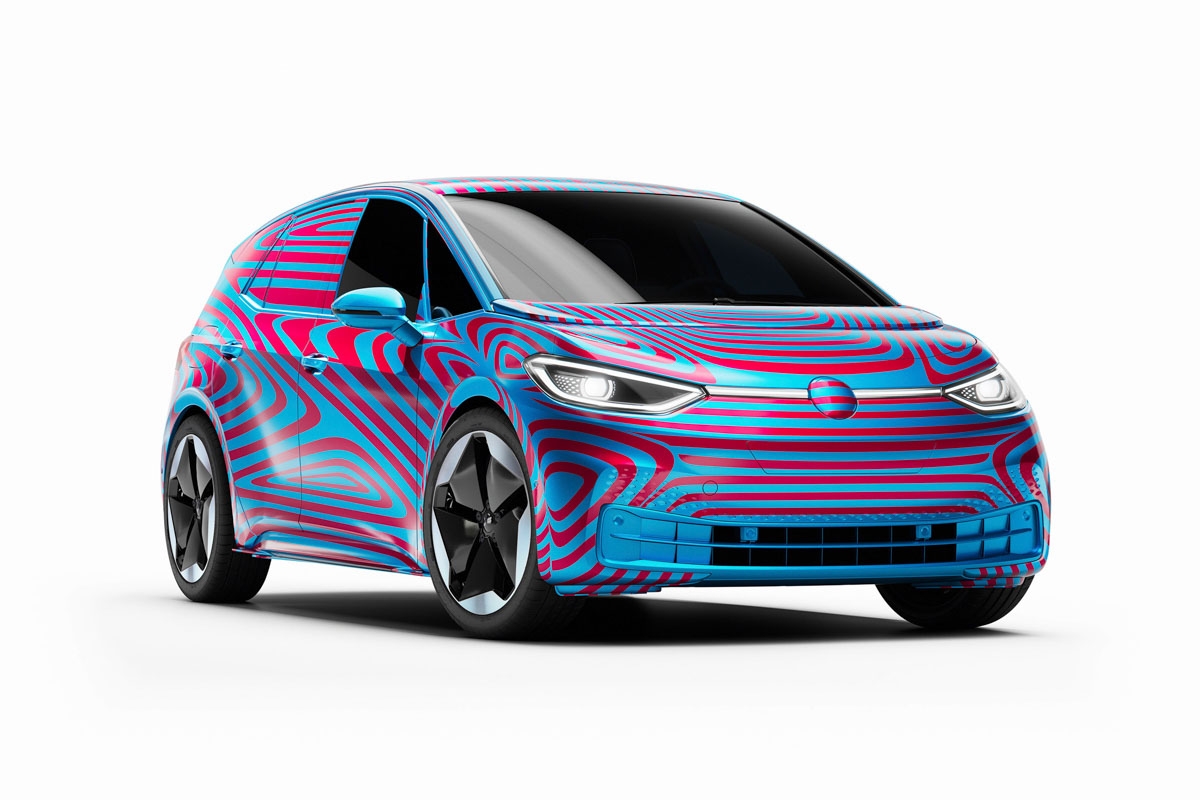 Volkswagen has unveiled technical specifications and details of its first ID electric car. It’s been designed from the ground up not just to be a niche electric car, but one that will take total electrification into the mainstream. The ID.3, as it will be called, is just the first model in a whole range of electric vehicles, and will be the next big step for the German company after historic icons such as the Beetle and Golf, says Volkswagen.

The ID.3 will sit on a new all-electric and modular MEB platform which will not only be used throughout the VW ID range, but also across the whole Volkswagen Group’s electric car portfolio. The ID.3 will kick off the range, offering a C-segment hatchback in the template of the Golf. The ID.3’s design will be very close to that of the ID concept car VW has been rolling out at motor shows over the last few years, and will take advantage of the packaging of the EV platform, pushing the windscreen forward to maximise interior space, while keeping the footprint compact.

The ID.3 will start at under $33,555, and rise depending on the specification and battery size. Once production is on-stream, the ID.3 will be offered with three battery capacities, achieving between 330 and 547 kilometres. Production will begin before the end of 2019, with limited edition ‘1st’ models reaching customers in the summer of 2020.

This special edition will make up the first 30,000 units, and feature a 58kWh battery pack allowing for a 440-kilometer WLTP-approved range. Fast-charging tech will be fitted to all models as standard, allowing up to 125kW DC charging from rapid-charge points. At the moment, the fastest public fast-charge points (100kW DC) will be able to provide up to 260 kilometres of range in as little as 30 minutes. Due to the higher battery capacity and specification, the ID.3 1st will cost closer to $45,500.

Volkswagen will not ease into production with the ID, as it will go straight into mass production with an estimated 110,000 deliveries forecast per year. Some 20 other EV models are also in development. The next ID model will, not surprisingly, likely be in the form of a crossover, with a supermini, coupe/crossover, saloon and more to follow.

The ID.3 will be revealed in full at the upcoming Frankfurt motor show this September, only four years after the dieselgate scandal that left a scar not only on VW, but on the car industry as a whole. It remains to be seen if the ID.3 will be as influential as the Beetle and Golf that came before, but VW isn’t doing things by halves when it comes to a future of electrification.