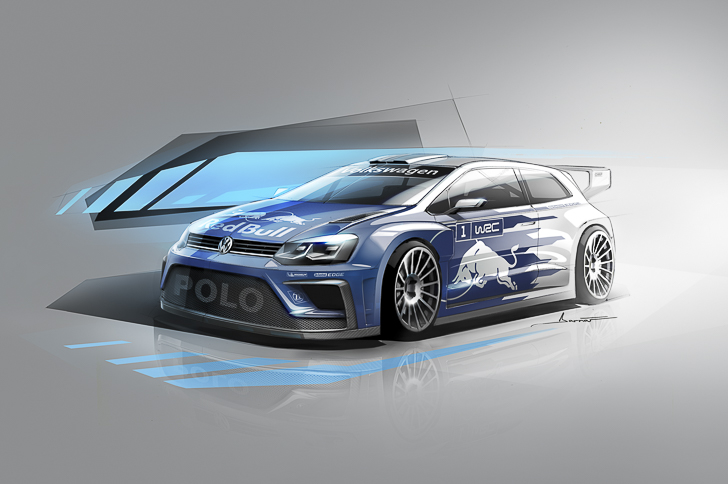 Fair to say that the Volkswagen Polo R WRC has enjoyed a pretty successful World Rally Championship career since making its official debut in 2013: in the 42 WRC rallies it has started, the Polo R has lost only five of them – yes, FIVE – and only on two of those occasions did VW not make a presence on the podium. Such performance, plus the superbly talented Sebastien Ogier in the hot seat, has seen the Polo R rack up both the Drivers’ and Constructors’ championships three years on the bounce since its debut. And with three wins from three already in the bag this season, 2016 looks like it’ll produce its fair share of hardware too.

Ah, but like the original Back to the Future trilogy, all good things must come to an end, hence why Volkswagen Motorsport has teased the above drawing of its new-for-2017 contender. Designed for a new era of the WRC following technical regulation changes for 2017, specifications on the next generation Polo are still being kept on the quiet side. We are assured however that with 375bhp (some 59bhp over the current model thanks to a wider air restrictor), the 2017 Polo R WRC will be ‘more powerful, faster and more spectacular’ than its outgoing predecessor, and has been developed to be ‘lighter, wider, and with more aerodynamic freedom’ since ideas at the design easel in Wolfsburg got underway in summer 2015. For its Monte Carlo Rally debut next January, the Polo has shed shed 25kg of its current 1200kg kerb weight, will be 50mm wider, and feature larger overhangs at the front and rear. 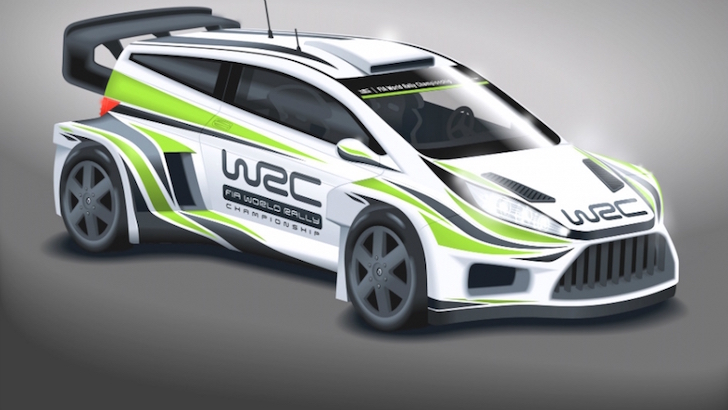 New regs for the 2017 season were announced with a teaser (above) in mid-2015 as a means to spice up the show, following steamroller campaigns from both Ogier and nine-time WRC king Sebastien Loeb: between them, the French duo have won every WRC crown since 2003. Key among the changes was a revised aerodynamic package with a larger rear wing and a power increase to 380bhp thanks to an increase in turbo restrictor size, each as a means to balance performance across the board, as well as make the WRC’s new era ‘spectacular’. With, y’know, reduced costs, of course. All goes to plan, and this could be the closest rally’s top tier series has got to the legendary Group B since the latter’s demise in 1987.