Why we now want a Mazda RX-3. Petrolicious

Yes, another video from Petrolicious. But then, this Mazda RX-3 is just ridiculous – in the best possible way! 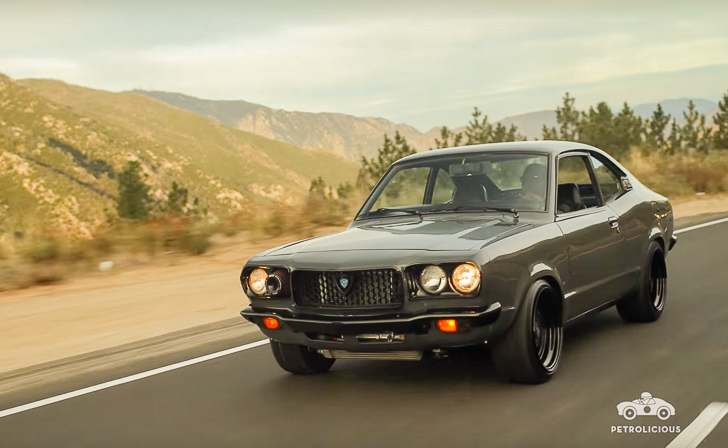 Petrolicious has brought us another awesome video, this time involving a stunning 1973 Mazda RX-3, known to owner Savant Young as ‘the enforcer’. Well, it was first introduced to take on the best Nissan, Toyota and Honda had to offer at the time.

This is no standard RX-3 though. It’s been heavily modified, and features – get ready for this – a Toyota pick-up rear end, and a 10A engine modified by Motor Work JRX Rotary (plus added T66 turbo), while thhe front brakes have been changed to aerospace components. Though Savant explains that he’s not yet had the car on the Dyno, he still estimates the enforcer will run around 400bhp. And through your head for the majority of the day once you’ve clicked play. And we don’t just mean the soundtrack.

This, as Savant makes abundatnly clear, is “no trailer queen”…