There’s now under three weeks to go before the green flag drops for the 24 Hours of Le Mans, and like crankandpiston.com, Clashproduction is getting excited. 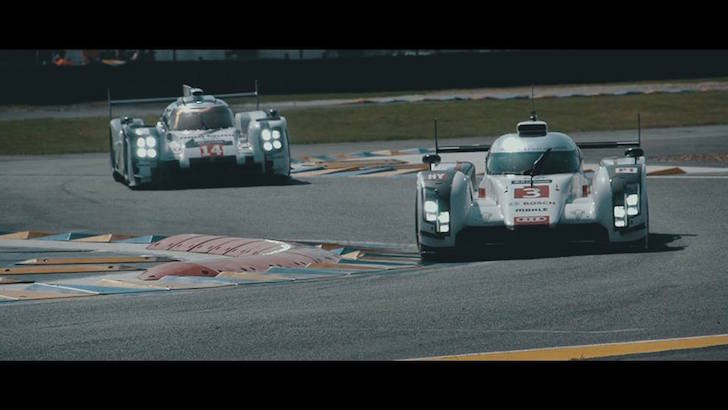 Though we’ve yet to see Nissan’s LMP1 challenger so far in 2015, the new GT-R LM Nismo will make its debut at La Sarthe alongside established rivals Audi, Porsche and Toyota. Having taken victory each year since 2010 (and lost only twice since 2000), Audi’s R18 e-tron Quattro looks set to take its 15th victory at Le Mans, only one less than all-time record holder Porsche. Of course, given its pace last year – and the outright pace of the 919 Hybrid so far this year in the World Endurance Championship – who wouldn’t love to see Porsche take its first victory at Le Mans since 1998.

Sorry, context over. Enjoy a new pre-event video from Clashproduction.

Speaking of which, crankandpiston-ites amongst you will no doubt be familiar with Clashproduction, the team who brought you such awesome works as The Man and The Porsche, a dedication to Roger Clark, a Nissan GT-R on a ski slope, and The Human Side of Racing. For those of you who aren’t, the guys have just launched their new showreel.

In-between mixed martial arts, jumping out of a plane, and a random Volkswagen Golf ad in the snow, you’ll find footage of the World Endurance Championship at Spa-Francorchamps, the Peugeot 2008 DKR enjoying its ‘Day in the Desert’, the occasional Mercedes-Benz SLS AMG and Red Bull product placement, parkour from across the glove, and – of course – drifting.

By the way, if anybody knows the background tune as well, do let us know. Our deputy editor is struggling to track it down…