I’ve always liked Ferrari. Can’t really say why as they are obnoxiously expensive, noisy, high maintenance, complicated, and not particularly flattering to the driver. They are, however, fast, striking, technologically brilliant and have the unspeakable capacity to make your friends, acquaintances and strangers think you are a chick magnet. They don’t, but people think so.

Maserati meanwhile is a bit different. Although with a rich past in the competition arena in its 100 years, the company has gone to sport cars, then to supercars, then to mid-engined sports cars, and then to questionably stylish saloons, all the while changing ownership almost constantly only to end up being owned by its traditional nemesis, Ferrari. And it is this last fact that really determines where the company is going, which is, basically, Pamela Anderson with stylish glasses, a turtleneck and managing the library: pretty yes, but not nearly as exciting as it could be. With all this in mind, I approach this week’s drive, the GranCabrio MC Centennial. 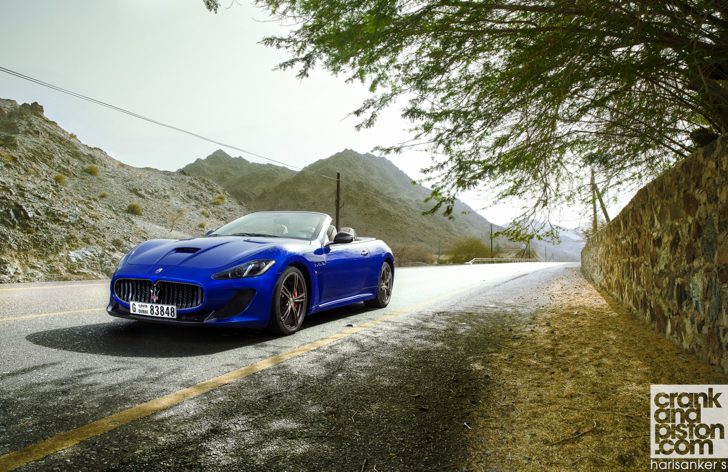 It’s curious how it looks at you, the traditionally menacing front grille doubling up on this model to give both an angry growl and a smiley face. It’s undoubtedly beautiful though with its signature bonnet (which on this Centennial Edition incorporates an extra slit), revised air vents and bespoke 20in rims. A new front splitter is also standard on the Centennial, and coupled with that enormous bonnet (across which it’s difficult to see), you’d think Maserati would include parking sensors to avoid crunching the front end on kerbs or road humps. You’d be wrong. This is the first clue that this model may offer more form than function.

Sitting down in the cabin, everything feels right (perhaps my initial misgivings were misplaced). I mean, look at the dashboard: nice colours, great information display, unfathomable menus that behave randomly and result in incomprehensible configurations (yep, that seems about right). At night, the illumination is excellent, the combination of LED and Xenon lights equally outstanding. I had not expected four full-sized seats in a sports convertible either, and am pleased to see that the luxury at the front is equivalent to that in the back. You’d be wrong however to assume a car of this level comes with Bluetooth Audio. It does not, Maserati adding further self-deprecation by highlighting the afterthought with a USB-iPhone4 cable. Tsk, tsk… 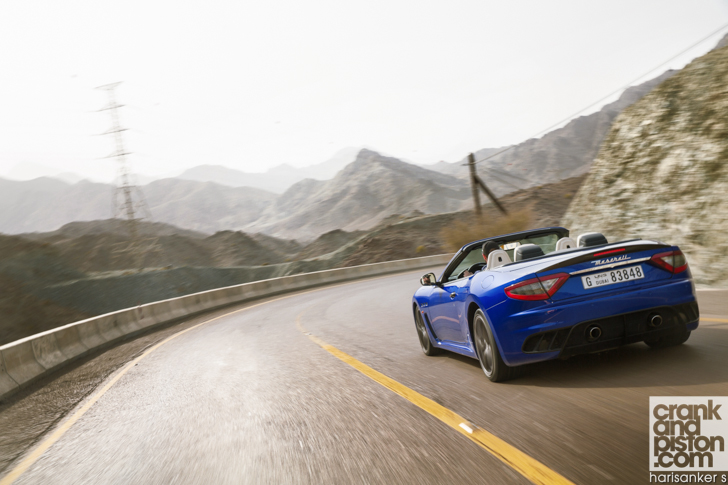 So how does it handle the turns?

By now I have already opened and closed the tent a few times, and am happy to report there is no great difference in performance either way. The ventilated steel Brembo brakes do a great job at stopping the car, and the suspension makes you feel that the almost two-tonne machine you are sitting in is as light as a Volkswagen Golf. Cornering is very efficient too, although slightly faster steering would be appreciated: I often found mid-corner that my hands were just out of reach of the steering-mounted gear paddles. I’m not too choked up about it though, since the driving position is perfect.

Changing direction is blissful, the engine notes are symphonic, and the ride is very comfortable even on such thin rubber. I’m pleased to note that the GranCabrio – unlike so many of its rivals – is also very predictable: when you think it will understeer, it does. Feel it is going to oversteer? Here it comes. It’s all so manageable. 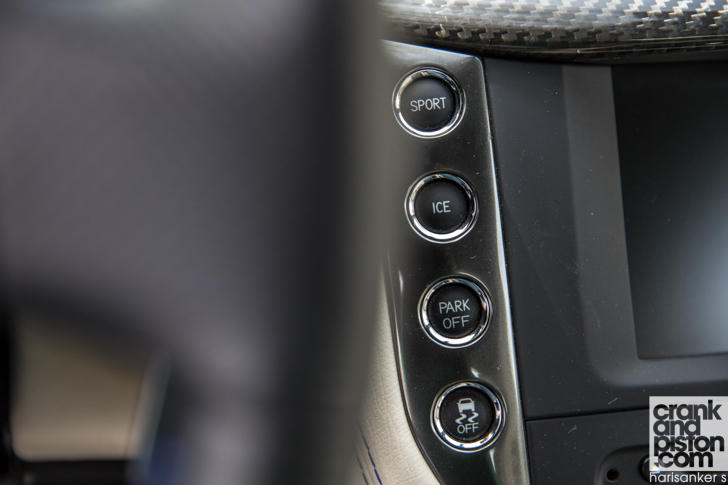 I’m guessing there’s a ‘but’ here though

Yep, and that brings us to the ‘Sport’ button, one of the more intriguing elements of the GranCabrio MC. Seemingly all it does is open the exhaust valve at 4000rpm so that the engine sound is intoxicatingly richer. And that’s it.

And that is pretty much my overall impression of this car. Yes, the Maserati is astonishingly beautiful and if you are in the market for something to make you look good, this does it (I checked with a few female friends and all agreed the Centennial made me more attractive). It’s fast, comfortable, agile, sweet sounding and offers a rarely matched panache.

However, it so happens that I jumped from this Maserati into a Ferrari FF shortly afterwards (FULL STORY AVAILABLE HERE), and whatever concerns I have with the Trident were obliterated in the Horsey. The paddles were always there, the gearbox was outstanding and the infotainment was high-tech, which leads me to believe that whatever is lacking in the GranCabrio has more to do with market segmentation and product differentiation than anything else. It’s a model that’s seriously starting to show its age, and while fans of the Trident will welcome another gorgeous 100th year celebration, they’ll similarly be champing at the bit for some fresh blood