THROWBACK THURSDAY (Pt2). Check out the video below as we celebrate the 50th birthday of the Skoda 1000MBX.

This week Skoda celebrates the 50th anniversary of the two-door 1000MBX, so what better time to check out the model during its heyday?

The model first debuted at the Geneva Motor Show back in March 1966, and was launched into production later that year. The five-seater featured rear wheel drive with a rear-mounted 52bhp four-cylinder, 1-litre, engine mated to a four-speed manual transmission. Weighing in at 815kg, the car reached a top speed of 127kph.

The MBX was based on the mass-produced four-door Skoda 1000 MB and the carmaker built an entirely new plant close to the existing factory buildings in Mladá Boleslav for the construction of the model at the beginning of the 1960s.

Just 2517 Skoda MBXs were produced, so it’d be interesting to know just how many are left in the world – if anyone can tell us, do drop us a message! 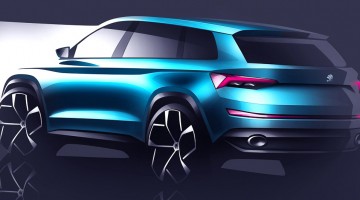