Road to Amelia charts the road trip of four Lancia rally cars – an ‘88 Delta Integrale, a ’69 Fulvia, an ‘83 037, and a ’75 Stratos – to the Amelia Island Concours d’Elegance with owner John Campion.

Group A rally fans amongst you might remember the Lancia Delta S1 that starred in Petrolicious’ recent ‘Ballet of Brutality’ video. And if you don’t, put everything down and watch it HERE immediately.

Said video stars not only the Group A legend itself but also owner John Campion, who offers a telling insight into not only the sizable danglies needed to drive said turbocharged weapon at anything close to ten-tenths, but also a quick look at some of the other classic cars in his collection today. Having arrived in the US in June 1984 ‘with 26 bucks in my pocket’, a combination of hard work and a bit of luck / opportunity has seen John’s passion for cars grow and alongside it, a veritable museum of rally cars ‘from [his] youth’. It wasn’t too long before the Amelia Island Concours de’Elegance came knocking. Cue the above documentary, Road to Amelia. And yes, we know it’s a year old. Shut up. 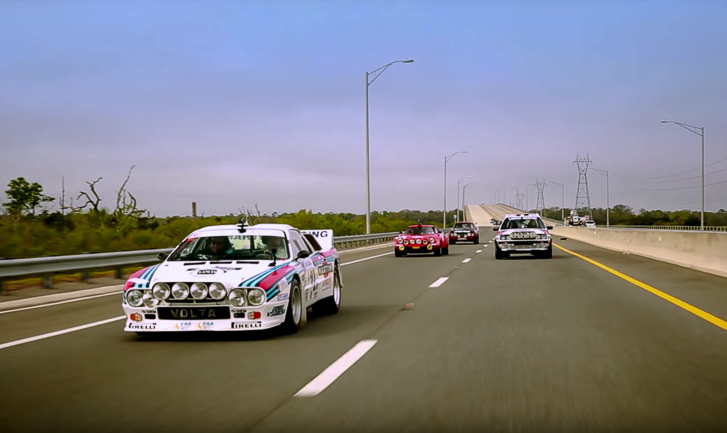 Here’s where things get really interesting though. As if the prospect of a ‘88 Delta Integrale, a ’69 Fulvia, an ‘83 037, and a ’75 Stratos together isn’t tantalising enough, John decided that simply flat bedding them under cover wasn’t doing the brand justice. And that just one alternative: road trip.

Featuring insights from both John and Amelia Island Concours chairman and founder Bill Warner, Road to Amelia goes (occasionally) behind the scenes with the Lancia convoy – and the inevitable breakdowns that goes with it – on its drive to Florida. En-route, both impressions of the drive and the history of each model are outlined, as is the significance of the 1978 Circuit of Ireland Rally to John personally.

Rally and Lancia fans probably won’t want to miss this one.

Enjoy this Road to Amelia video? 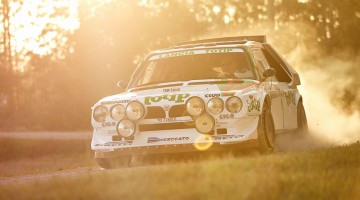