Can you imagine driving a car, non-stop, for 66 hours? And before you answer, consider that the car in question is a pre-war Bentley…

But this 2500km odyssey from Ulaanbataar to Biysk, Russia, across the Gobi Desert is just one of a lifetime of stories built up by William Medcalf, possibly the closest living embodiment to ‘the Bentley Boys’ in the motoring community today (cue angry comments concerning that sweeping statement). And if that mammoth road trip isn’t enough to convince you, then perhaps William’s convictions that “anything with wheels should be raced” and “the best way to see a car is coming sideways through a chicane” will do the trick. Drive tastefully indeed…. 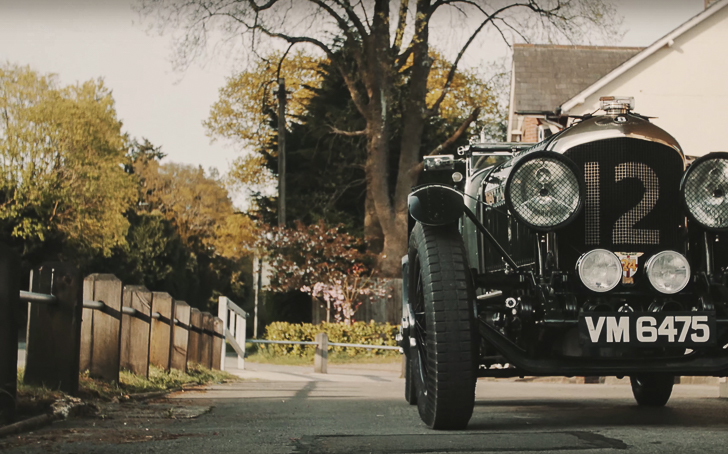 But this is an enthusiasm that hasn’t just appeared after several months of flicking ideally through Classic Car. This is an enthusiasm that dates back to William’s experiences with the family holiday, which usually entailed his father – also a pre-war Bentley enthusiast – packing the family into the car for one 2000km sojourn or another. As a machinist, William’s father also taught him the intricacies of the mechanics, namely what goes where, what does what, and how to fix this (“there’s no lengths we wouldn’t go to find out what was done when, and why”). It’s a childhood and a passion that an older William wanted to emulate, both in the workshop, on the road, and even on the track with his own sons.

Now, we’re big fans of Petrolicious videos, and enjoy sharing the team’s hardwork and effort with you, our dedicated readers. We will say this though: the true passion of William the protagonist, the exquisite pre-war Bentley on the move in the vid, the operatic soundtrack, and the fiery blast of the aging four-cylinder in this 4½ Litre Blower is such a superb mix, that ‘Bentley Boy’ is one of Petrolicious’ finest pieces yet. Go and stick the kettle on. You’ll want to take ten minutes for this one.