‘A Day in the Desert’, a teaser film chronicling Peugeot’s build-up with the 2008 DKR ahead of the 2015 Dakar Rally. 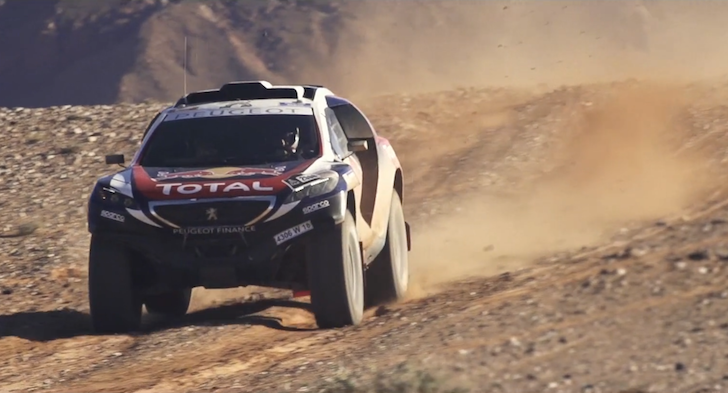 Those of you who watched this year’s Dakar Rally will know that Peugeot’s return to the legendary endurance event did not prove the meteoric return to glory that both the team and fans had hoped for. In fact, owing to crashes and mechanical issues, the 2008 DKRs best result was 12th with ten-time winner Stephane Peterhansel aboard. Not the finest of sporting achievements then, but quite a good film plot.

Redhouse Media as it turns out had the same idea, and have put together a selection of footage shot during five days of pre-event build-up in Morocco between October and December last year.

Don’t go expecting ‘Climb Dance’ or ‘1’, but for those of you hoping Peugeot can pull together a stronger result next year may get a kick out of this…