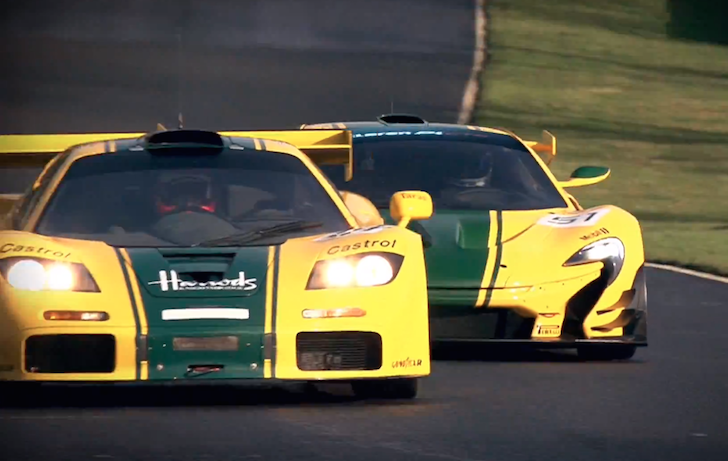 One week ahead of the P1 GTR’s debut at the Geneva Motor Show, McLaren treats us to another mouth-watering morsel. Only this time it’s a video including the F1 GTR – the car that swept the 24 Hours of Le Mans podium two decades ago – going toe-to-toe with its Woking’s newest track incarnation, the P1 GTR.

Filmed at Oulton Park in the UK, the video also stars – we assume – McLaren’s chief test driver Chris Goodwin in the F1 GTR hot seat, boasting the iconic yellow and green Harrods livery as used by chassis #06R on its way to third place at the ’95 Le Mans. A colour scheme mirrored by the P1 GTR, and one wonders if McLaren’s newboy will reserve a similar place in motor racing history…

The $3.2m 903 bhp McLaren P1 GTR – available to only 30-35 lucky (and extremely wealthy) customers worldwide and which made its Dubai debut late last year – will make its debut in Geneva alongside the brand new 675LT.