Following the usual tone of Jay Leno’s Garage videos, Jay takes you in and around the car with the person that built it. 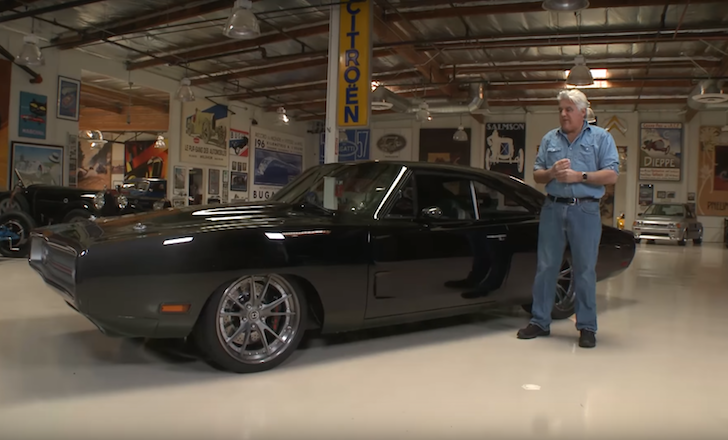 Jay’s back, and in this latest instalment he’s being walked around a 1970 Dodge Charger Tantrum built by West Constance based Speedcars.

Essentially Speedcars tried to keep the bodywork as OEM as possible and simply build upon what Dodge had already created with the car. The architecture and silhouette meanwhile is the same and not overly stylised, but does feature carbon-fibre fenders and front bumper, with an in-house created and fabricated hood, again from carbon-fibre. Under that custom-built good is a Mercury marine offshore racing 9-litre engine, with two sequential 94mm turbos. The engine is purpose-built for offshore racing and this is the first road-going car to get the engine. Oversized radiators were needed due to the motor coming from a boat, meaning it uses the water as its constant coolant. The car obviously does not have this luxury.