With still over a year to go before the brand new M6 GT3 makes its on-track debut, BMW Motorsport has released a short video in which its head of design – Krzysztof Szews – walks is through the design process. 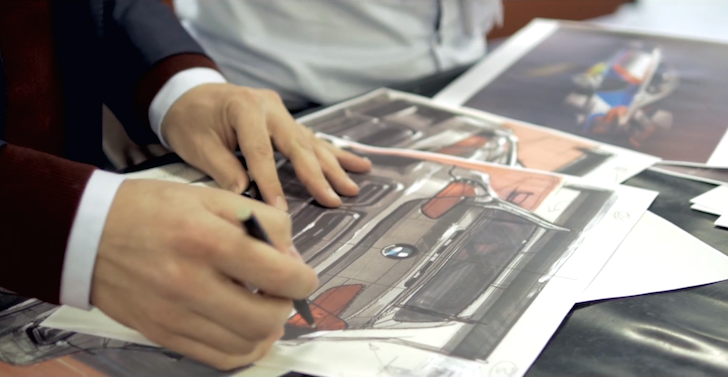 Well, to an extent. Aside from talking about ‘the privilege of working on such a machine’ and aspirations of glory presumably to come, there’s very little – save a quick drive-by by camouflaged M6 GT3 at the end – that’s revealed about the model itself. Though we will admit the design sketches are pretty cool…

Based on the M6 Coupe (well, obviously), power comes from BMW’s 4.4-litre M TwinPower Turbo V8 as found in the road car with power now pegged ‘around 500bhp’. Large amounts of carbon fibre result in a kerb weight of around 1300kg, while further track-bred features – including a six-speed sequential gearbox, an FIA-spec roll cage and a brand new aerodynamic bodykit –also makes the grade. The new M6 GT3 replaces the Z4 GT3, which completes its final year of GT competition in 2015.

As Herr Szews mentions, ‘only with great vision can you achieve great design.’ We’ll see how pragmatic those words are come the 2016 GT racing season.