VIDEO. Behind the scenes of Monster Energy’s #Battledrift

Check out the making of Monster Energy’s #Battledrift episode! 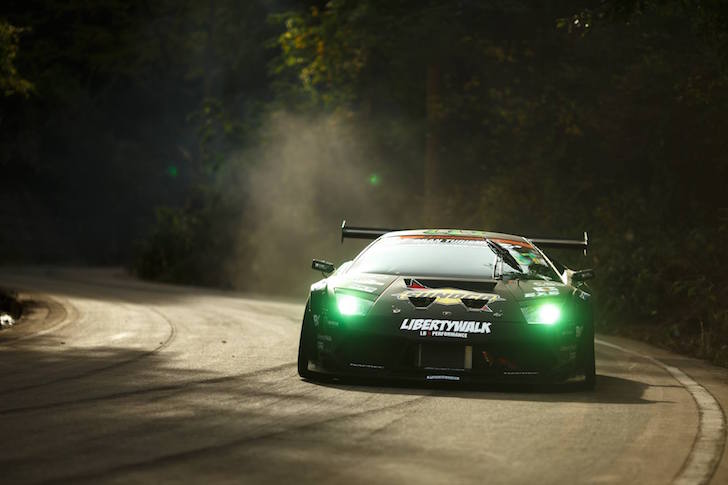 You’ve probably seen the viral video that is Monster Energy’s #Battledrift, now check out the making of it.

World champion drifter and self-confessed professional fun haver, Vaughn Gittin, Jr. heads up the footage, running through how they made the original episode.

Set in the rundown tourist attraction called the Russian village, in Japan, Vaughn can be seen drifting his heavily liveried Ford Mustang, while Fat Five Racing’s Daigo Saito is never too far away in his Lamborghini Murcielago.

The roads aren’t exactly the best, with guttering on either side, so the guys really needed to focus on keeping the cars on the road.

Onboard, watching them drive these cars is just insane. The steering wheel almost looks in slow motion as they’re getting some sideways action through some of the awesome roads.

Not only that, Kato Wataru of Liberty Walk makes an appearance. This dude is already a legend in our eyes, but after saying “the police are a pain in the ass these days”, our hearts have officially melted!