VIDEO. Can the Batmobile drift on snow? Jon Olsson

How well does a Batmobile drift on snow? Jon Olsson joins Team Galag on an epic to the Geneva Motor Show with the Dark Knight’s favourite commuter, a Mercedes-AMG GT3 and a Praga R1R.

You probably remember the Batmobile Saudi Arabia-based Team Galag introduced on last year’s Gumball 3000. If you don’t, you’ll probably want to click HERE and catch up with us, since the three-ton brute is all kinds of batshit mental.

Fresh from its Gumball adventure, Team Galag’s Batmobile is now wending its way to the Geneva Motor Show. But first, it’s making a quick stop off in Arvidsjaur, Sweden, to answer the question that’s been plaguing all of us: can the Batmobile drift on ice? Turns out – spoilers – yes, yes it can.

Dubbed the TGX, the design of the Galag’s Batmobile was inspired by the tumbler used in Arkham Asylum: there are no doors, the whole carbon fibre canopy swinging open to reveal dual sport seats underneath a la the hardtop KTM X-Bow. Underneath though is a different matter, the 5.2-litre V10 having been lifted from a Lamborghini Gallardo and firing out 560bhp, while the tubular frame has also been donated by Lambo’s fallen baby. And yes, the bat cowl makes an appearance on the seats as well as the steering wheel.

Host for the event is Jon Olsson, who’s also brought along his Praga R1R for some donuts on the white stuff. Team Galag hasn’t disappointed either, with both a Mercedes-AMG GT3 it also ran on the Gumball coming along for the ride. If you’re keen to see how the Merc fairs on the snow, skip to 2m, and for the Batmobile, you’ll want to check out 5m 50s onwards.

You can check out more of our Video uploads HERE 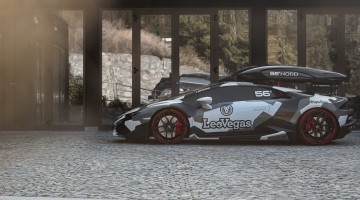 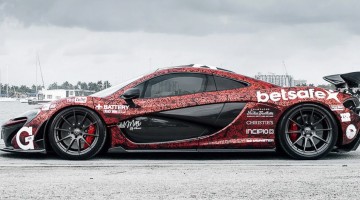