VIDEO. Backflip over a Formula E single seater…wait, what…?

Gymnast and Hollywood stuntman Damien Walters does a backflip over a speeding Formula E single seater at the Circuito Autódromo Hermanos Rodriguez, Mexico 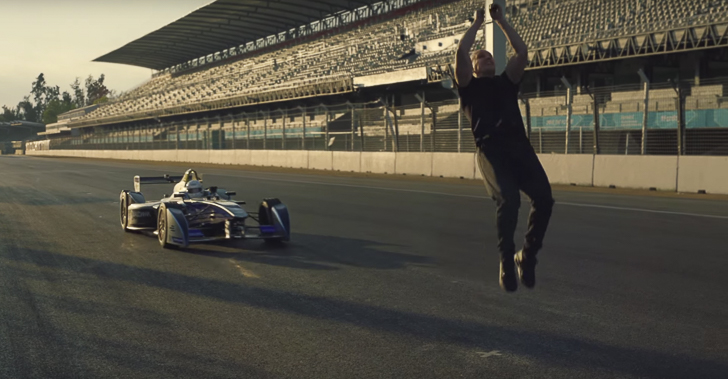 We imagine your reaction to this video was along the same lines, for in a moment of madness (punctuated by several months of preparation, granted), gymnast and Hollywood stuntman Damien walters does a backflip over an accelerating Formula E single seater.

Let’s consider what that actually involves for a second, shall we? Firstly, as an all-electric racer, the Formula E single seater does not come with your typical V8-fuelled booming soundtrack, which means Walters needs some pretty keen hearing just to hear the whistling McLaren electronic system in the first place. Secondly, given the recent furore over Formula 1’s HALO head-protection device, one can only imagine what might have happened had Walters landed on driver Alistair Whitton. And third, and we feel this is pretty critical, the Spark-Renault SRT_01E single seater boasts 200kW / 268bhp, weighs less than 900kg, and will hit 100kph in three seconds flat. And let’s ignore just how much weight those sizable cajones will have added to his leap…

Leap of Faith, indeed. We salute you Damien Walters, and you’ve left us wondering what Roborace and Jaguar can pull off in their debut seasons. Oh, and if you want to see the stunt in 360-degrees from the perspective of the driver, you can check out that video from the Autódromo Hermanos Rodriguez circuit below too 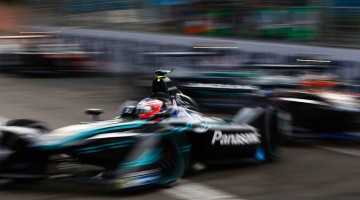 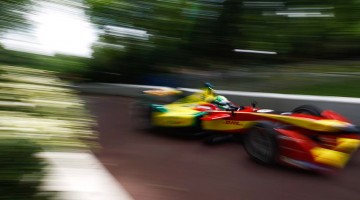