The super-fast luxury Mercedes of the late 1960s and early ’70s, restored to its former glory. 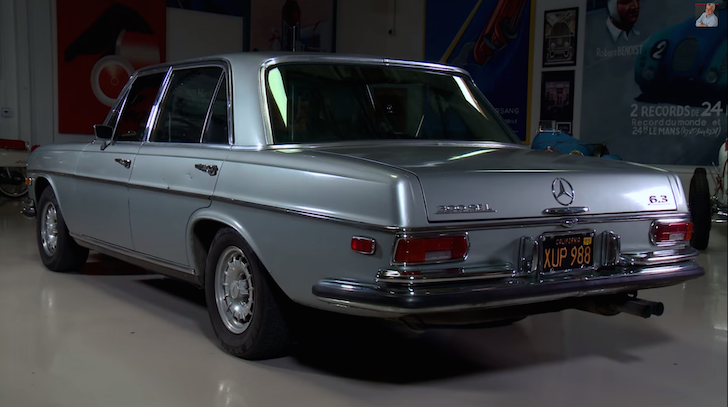 Jay Leno has restored his 1972 Mercedes-Benz 300 SEL, several years after he acquired it. Originally, he was going to put a massive SLR engine into it. But fans of his YouTube channel thought differently, urging him to keep the car stock. So he did.

The 300 SEL had a decent engine to start with – the 6.3-litre V8 originally found in the larger, heavier Merc 600, but in a much smaller frame. The result was a car that at the time was faster than a Porsche 911, even though it still weighed two tonnes. And it was a proper luxury car, with air suspension, central locking and all the interior features that the well-heeled of the day would expect.

It’s Jay’s favourite Mercedes, and coming from a man with as many cars in his collection as he has, that’s quite a statement.

Previous ArticleVIDEO. The birth of the McLaren F1 GTR
Next Article VIDEO. Toyota back in the WRC