This custom-built drag-engined trike will destroy us all. 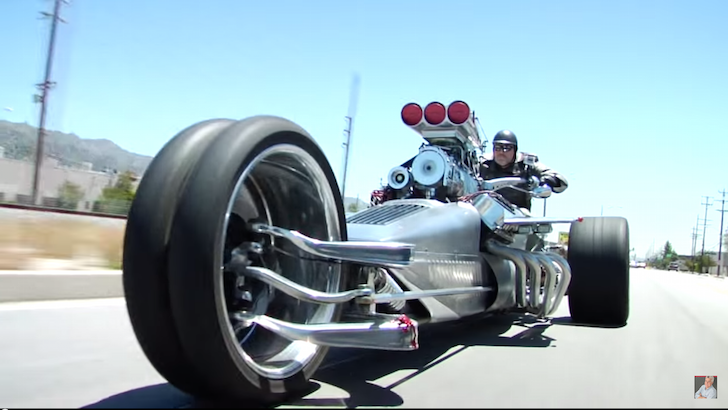 Colour us terrified; just take a look at this insane Rocket II motor trike that a Brit in the US has created. Sculptor Tim Cotterill came up with the idea for his creation and took it to Blastolene, the same company that created Jay Leno‘s Tank Car. So it’s only apt that Tim brought it to Jay’s Garage for us to gawp at.

The ridiculous-but-awesome creation is powered by a drag-spec supercharged HEMI engine pushing out 1000bhp from regular fuel, and has been beautifully put together from machined aluminium and steel. It’s inspired by Rocket I, a trike built in the UK, but takes it to typically American levels of excess. And we love it.

Check out some of the awesome details, like the double-tyred front wheel, and the instrument panel moulded into the supercharger. Honestly though, the mere idea of actually driving something like this scares us senseless. That’s probably why Jay wasn’t allow to take it out himself.