The best six-cylinder engines ever – we pick our favourites

Six-cylinder engines can be found in cars of all kinds, good and bad. We collate the very best 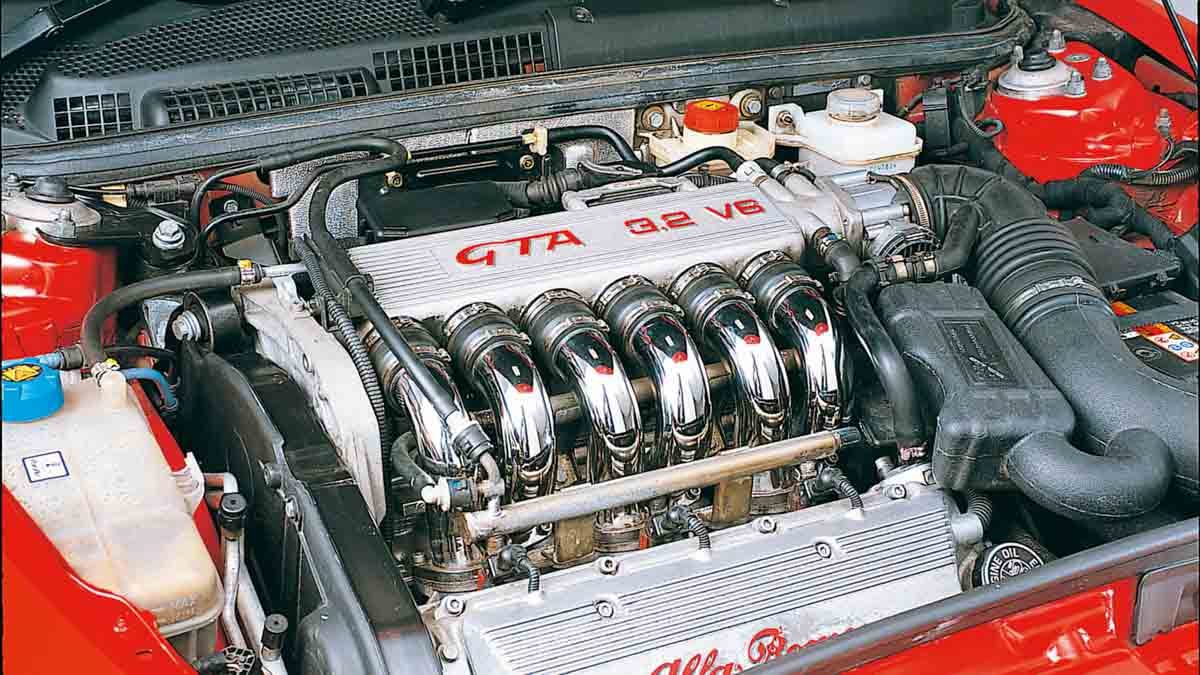 Jumping to six-pots changes everything. The addition of two extra cylinders brings with it not just a perception of prestige, but a depth and breadth to a car’s voice, overlapping power pulses, as well as benefits to its performance. Unusually, three different layouts of the six-cylinder engine remain in favour: the straight-six, the V6 and the flat-six.

It’s the V6 that’s enjoyed the greatest popularity in recent years, and when turbocharged that often makes for a very capable engine. But if we remove the blowers for a second, the picture is a lot less clear. When a V6 is good, it can be very good: think Honda’s original NSX with VTEC relish supplied, Alfa Romeo’s Busso engine, or the wonderful Ferrari Dino V6 from the 246GT and Lancia Stratos.

When it’s bad though… it can be a gritty, painful-on-the-ear misery. Think ‘cheap American hire car’, the one that makes you wince when you decide to beast it straight out of the airport car park. The typical 90-degree V6 is not balanced in the way a straight-six is, effectively being a pair of in-line three-cylinder engines joined together. Popular because the typically compact dimensions of the engine make it easy to package, even in front-wheel-drive cars, it requires balancer shafts to make it acceptably smooth.

The straight-six usually has no such problems, because its primary and secondary forces are in balance; the pistons at the front and towards the rear of the engine move in effectively a mirror of each other. This really is the most noble of engine layouts, forming the basis of British sports cars for many years, in the Jaguar XK and Aston Martins, plus more latterly the charismatic but flawed TVR Speed Six, and is of course synonymous with cars from the German city of Munich. When those M-cars have been naturally aspirated they’ve been things of wonder, from the original M88 3.8-litre M1 engine through to the unforgettable S54, which, particularly in E46 CSL trim, has arguably the best induction noise of any car, ever. BMW now turbocharges its straight-sixes, and while ferocious in their torque delivery, they have nothing like the charm of the old NA engines.

Which leaves us with the flat-six, and we don’t have to go far down the A8 autobahn to find the greatest exponent of this format. Nicely balanced, compact, and with a low centre of gravity, Porsche has elevated the naturally aspirated iteration of this layout to a fine art. Indeed, whether humble 986 Boxster or 991.2 GT3 RS, that smooth, rev-happy flat-six is the perfect partner to the excellence of the car’s dynamics. It’s why the company clings on to making them, seeking ever more power out of them and at revolutions per minute that would once have been unthinkable. When it does surrender to legislative pressure, as in the 718, we all moan furiously, as if our own grandmothers have been personally insulted by CEO Oliver Blume, and demand Weissach sorts it out. That it can, for now, with engines such as the new GT4 and GTS motor, is something to be very thankful for.

There are several Porsche flat-sixes that could fill a spot here. Some will make a case for one of the classic air-cooled models, unhindered by many of the regulations that restrict modern cars, while others will opt for a slightly earlier Mezger flat-six from cars such as the 996 and 997 GT3s.

The 991 GT3 has its own unique character though, slightly more cultured than those earlier cars, but what separates it is a 9000rpm rev limit, and the way the engine behaves over that final, elusive 500rpm, with a spine-tingling fizz over those final few revs that goads you into hanging on for every single one. With searing throttle response and considerable performance – it made 468bhp at 8250rpm – there’s been no modern Porsche flat-six quite like it.

To avoid confusion, we’re talking about the first-generation NA1 and facelift NA2 NSXs here, with their 3-litre and 3.2-litre 90-degree V6s topped with four cams and VTEC variable valve timing and lift. Much as the latest NSX is a hugely impressive performer, its twin-turbo V6 is more of a tool to get the job done than something central to the experience like that of the original car.

Like all the very best engines, it’s deficient in no single area. Decent capacity in a lightweight structure gives it useable low-down performance, throttle response is electric, it’s wonderfully smooth, revs to the stratosphere and sounds glorious, thanks largely to the proximity between your ears and the induction system. Oh, and you control it with one of the all-time great gearshifts, too.

Few manufacturers are better known for straight-six engines than BMW, and the E46 M3 CSL’s tweaked ‘S54’ unit is perhaps the best of a talented bunch. The CSL wasn’t short of star qualities, with rampant weight-saving cutting 110kg from the standard E46 M3, uprated suspension and quicker steering – but the engine remains memorable in its own right.

The S54 already offered sharp responses and a distinctive metallic wail, but with toothier cams, a carbonfibre intake tract and new exhaust, the noise at full chat was more racer than road car. The induction noise in particular is a thing of majesty, but the engine was even more eager too, and punched even harder than standard. A shame, then, that BMW’s SMG automated manual was the only transmission…

Giuseppe Busso’s 60-degree V6 is a regular fixture on ‘best six-cylinder’ and ‘best V6’ lists, but there’s a good reason for that – it’s been pretty much the defining feature of every Alfa Romeo it’s been fitted to since debuting on the Alfa 6 in the late 1970s.

The technical details changed considerably over time, with four-valve heads, turbochargers, displacements ranging between 2 litres and 3.2 litres, and power outputs from a modest 130bhp to a very healthy 247bhp in the 156 and 147 GTA. What defined it though was its smoothness, tractability from low revs, and the unique fizz as you accelerated towards the limiter. While the quality of the cars it powered varied considerably, there was never any doubting the engine itself.

‘I would have to go for the 2.4-litre V6 in a Lancia Stratos, specifically a Group 4 rally car. The noise of that Ferrari engine at full chat is arguably the most glorious sound ever to be emitted from a car. It is incredibly angry in character and has something of the guttural snarl about it initially with a bit of mellifluous buzz saw at higher revs. Just wonderful’ – Henry Catchpole, contributing editor

‘German and British marques might be best known for straight-sixes, but my favourites happen to come from Japan. I’ve been fortunate enough to sample the throaty 2-litre, Yamaha-developed six of a Toyota 2000GT, but for sending a shiver down the spine there’s nothing better than the race-tuned “S20” in-line six of an original Skyline GT-R’ – Antony Ingram, staff writer