Teaser. Toyota RND Concept. What is it?

Toyota prepares us for the arrival of the RND Concept with this mysterious teaser image.

Toyota is releasing a new product next week. No, there’s no motor show – it’s just releasing it anyway, because it wants the new RND Concept to be fast-tracked for development into a brand new product. In fact, although it’ll be presented as a concept, Toyota says it’s actually production ready, with the green light for sales already given.

Exactly what it is hasn’t been revealed, but Toyota’s making big and bold predictions about the RND, even saying it has “the potential to transform the look of every vehicle on the road”. The words “fun to drive” have also been mentioned.

So what is it? We have no idea, and the teaser image doesn’t really help. Tune in next week for more info.

Any guesses? Let us know in the comments below. 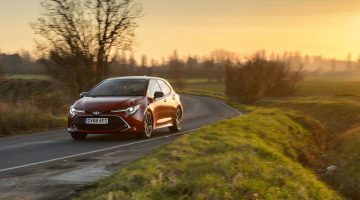