BMW shows off its latest ‘self-drifting’ M235i in an awesome man-machine challenge. 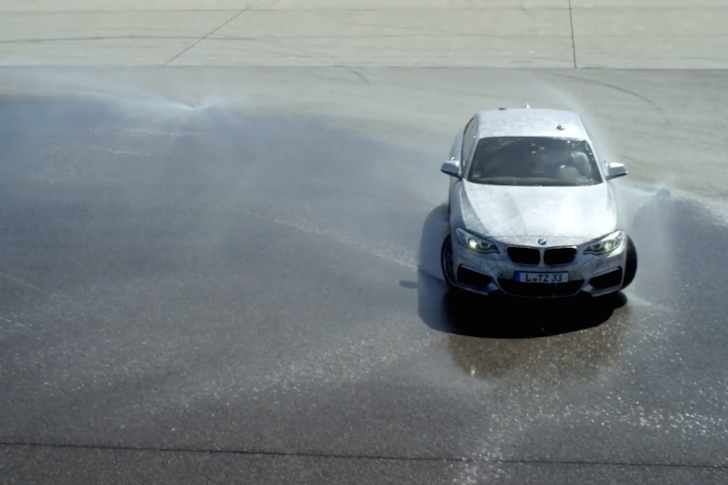 The concept of a self-drifting M235i – as questionable as that may sound – is hardly a new one from BMW. Indeed just over a year ago our man Davison was questioning what the point of it actually was.

Clearly the guys in Bavaria sat up and took notice, since they’ve now released a trailer for an upcoming challenge, whereby they pit their self-drifting M-car against Formula Drift’s Daijiro Yoshihara.

A tough fight in store. BMW’s little monster after all holds a 3.0-litre turbo intercooled six-cylinder, which blasts the rear wheels with 320hp-worth of power. With figures similar to that of the ‘90s M3, but without the bulkiness of their modern day counterparts, BMW hopes its newboy will attract a whole lot of old-school Beemers fans.

Google planning to fill the world with self-driving cars might scare us, but self-drifting? Maybe there is a bright side.