Travis Pastrana takes the Gymkhana reins for its eleventh installment, which also sees a return for Subaru 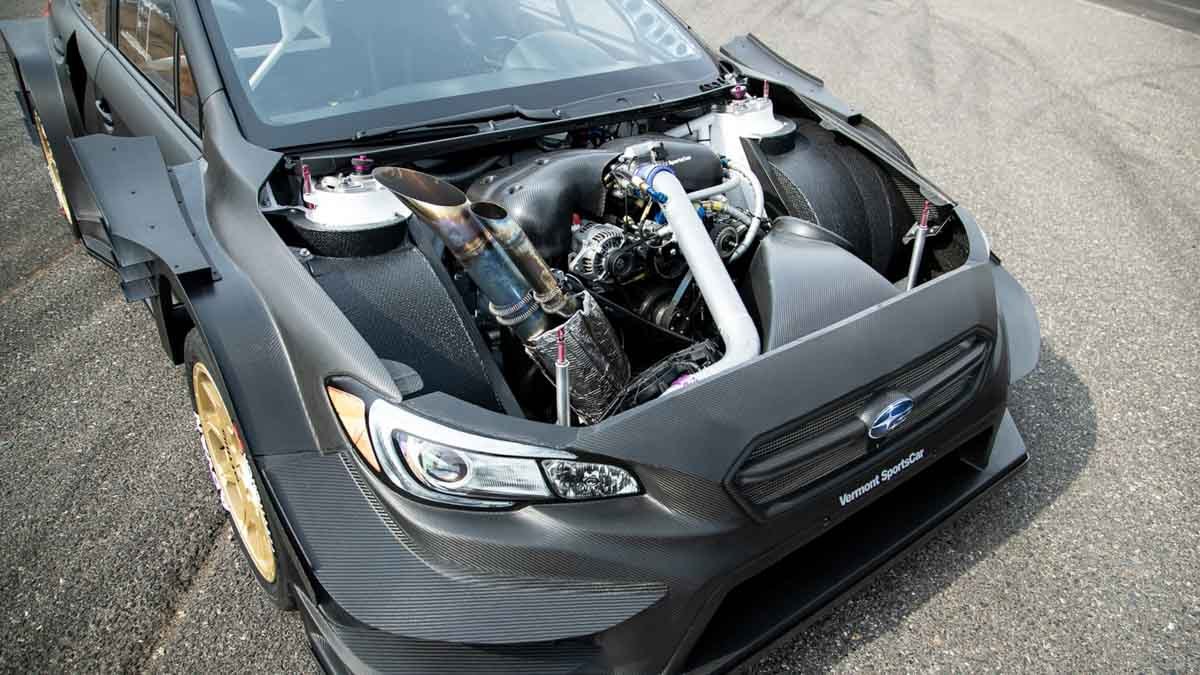 The Gymkhana video series is back for 2020, and for the first time in its 12-year history Ken Block won’t be the star of the show; instead, America racing driver Travis Pastrana is taking the helm. Not only has there been a driver change, but Ford’s run as supplier of the four-wheeled hero has also come to an end after eight videos, with a Subaru making an appearance for the first time since 2009’s Gymkhana Two.

Unlike some previous Gymkhana vehicles, this latest model is not an off-the-shelf rally car, but instead an entirely bespoke creation with a road-going WRX STI at its core. Developed in collaboration with US-based Vermont SportsCar, which has worked with Subaru on its Stateside motorsport exploits since 2005, the ‘Gymkhana STI’ is one of the most extreme-looking machines to appear in the series to date, and its performance is set to match.

Drawing on expertise gained from Subaru and Vermont SportsCar’s rally and rallycross activities, the Gymkhana STI features exposed carbonfibre bodywork both for aesthetics and weight reduction, with wild time-attack-esque aerodynamic components that have been tested in a wind tunnel to ensure ultimate performance. Long-travel rally-style suspension and a bare-bones, race-spec cabin can also be found.

Of course, under the bonnet is a Subaru four-cylinder boxer engine, and although specifics are yet to be announced, we can’t imagine it’ll be lacking power; the last Gymkhana video featured Ken Block’s 1400bhp Hoonicorn V2. Custom built and sporting a fire-breathing bonnet-exit exhaust, its STI successor certainly looks (and sounds) the part.

Pastrana said: ‘We’ve never had the opportunity to do this before, to build a car with no restrictions. Engine, suspension, aero – everything is unlimited, clean sheet. It’s crazy fast, easy to control and get sideways, and it was perfect out of the box in testing. Gymkhana is a new challenge for me but I want to raise the bar, and this is the car to do it.’

Filming is set to commence imminently, but the Gymkhana STI has already burned some rubber during testing. Gymkhana 11 is scheduled for release before the end of the year, but for now, here’s a look at the model undergoing initial tests.