This is the Subaru Legacy concept that will debut at the Los Angeles Auto Show. And that’s a good thing. 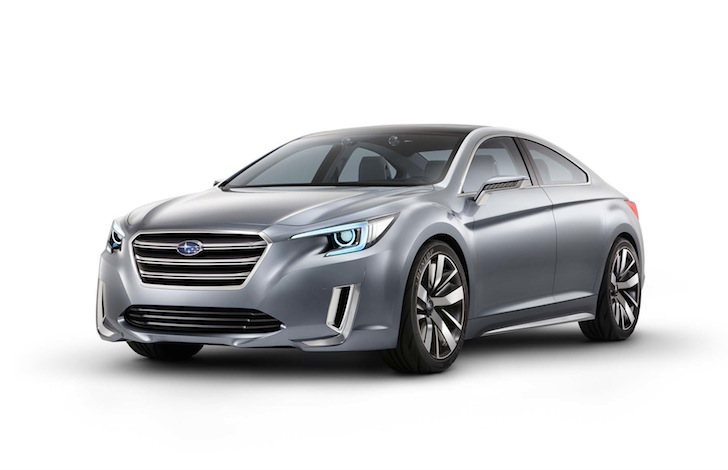 The looks of the former World Rally Championship winner – on RS version of which brought 1995 champion Colin McRae and Derek Ringer victory on Rally New Zealand in 1993 before the Impreza arrived at year’s end – are arguably more beautiful than they’ve ever been on the Legacy with this new concept, and have been developed to offer a ‘dynamic, secure and practical saloon car’. Put through the crankandpiston.com engine, that roughly translates to mean ‘sharper headlights, awesome alloys, a front grille from Subaru’s Viziv Concept, and a couple of back seats’. 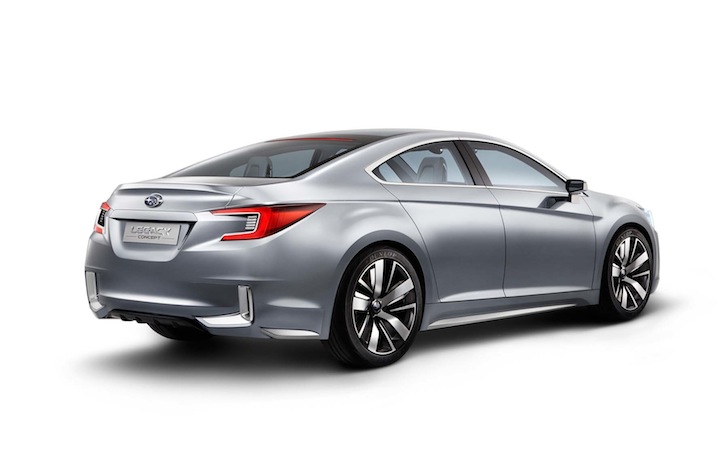 In order to celebrate the model’s 25th anniversary in style, Subaru has gone uber technical with the new Legacy Concept, stuffing the engine bay with a boxer engine (origin and capacity as of yet unspecified) and the company’s Symmetrical All-Wheel Drive system. Blue accents offset the brown upholstery (why Subaru didn’t go for the Prodrive gold tints is beyond us) an instrument panel stretches from the front of the cabin to the rear, and Eyesight – a system that scans the road up ahead for obstacles like stage check-points, cattle grids and Crests into 6 Right – make up the interior.

Though production details are being kept under wraps, the Subaru Legacy Concept will be one of the headline acts at the LA Auto show.