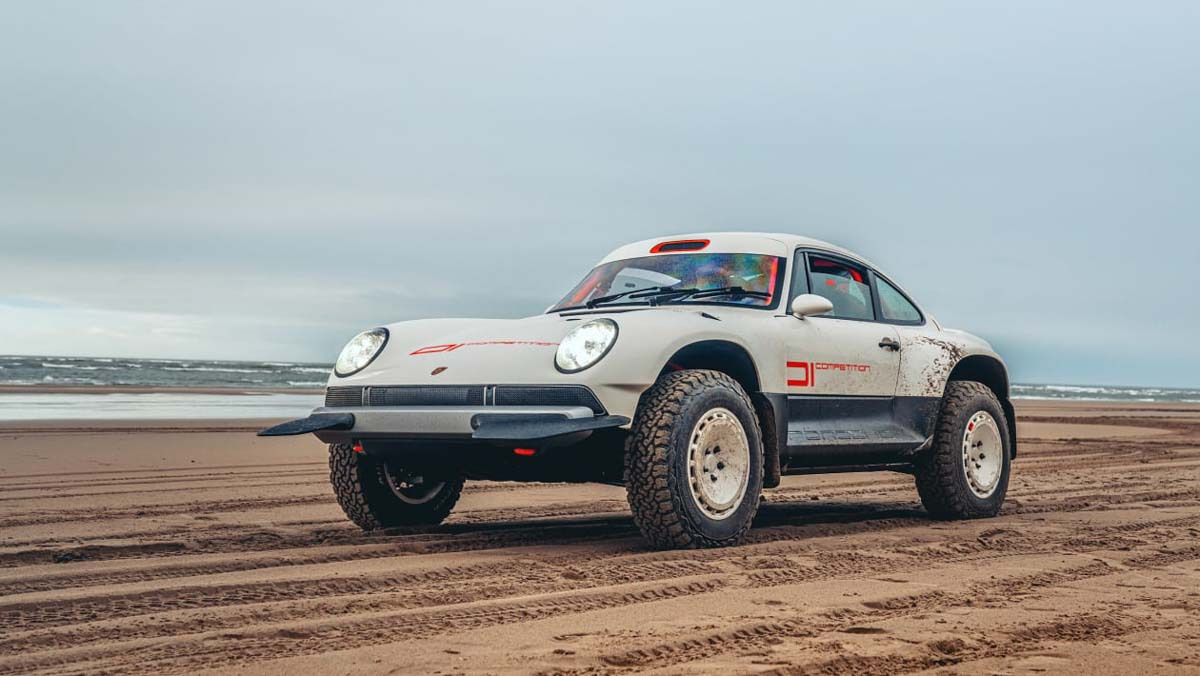 If Singer’s regular output strikes you as a little prissy then the ACS is very much for you. Ditching the trademark quilted leather engine bay and nickel-plated detailing for impregnable off-road performance, this remarkable customer commission is the ultimate celebration of Porsche’s rallying and rally raid pedigree.

Putting its own unique twist on Porsche’s rare groove SC/RS and legendary Dakar-winning 953 and 959 from the 1980s, the Singer ACS has been created in close collaboration with world-renowned Porsche rally car preparer, Richard Tuthill, at whose UK facility the project was built.

Conceived as a true competition machine with the capability to tackle events such as the Baja 1000 and Dakar, the ACS fuses Singer and Tuthill’s shared passion for Porsche’s air-cooled icon with state-of-the-art rally raid and WRC engineering and technology. The results are stunning.

Like all Singer projects, the ACS is based upon the 964 generation Porsche 911, but that’s where the similarity ends for this one retains a bare minimum of the donor car and owes little in terms of styling or hardware. With the original bodyshell stripped back to its central monocoque, the ACS’s structure is extensively strengthened using Tuthill’s unrivalled knowledge gained from building and campaigning numerous Safari Rally-winning historic 911s. FIA specification roll cage and safety systems provide the highest levels of protection for the driver and navigator.

Taking clear inspiration from Porsche’s Dakar 959, the bespoke carbon fibre bodywork has the polished proportions and fastidious detail you’d expect from Singer, combined with a fresh sense of purity and purpose. With large removable front and rear clamshells for easy access at service halts, the lightweight body has also been sculpted to optimise breathing and cooling for the powertrain.

Speaking of which, the ACS features a 3.6-litre air-cooled Mezger flat-six, which has been fitted with twin symmetrical turbochargers and fly-by-wire individual throttle bodies. Cooling is managed by a clamshell-mounted radiator and water-to-air intercoolers, with individual-bank charge coolers housed within the plenum chambers.

With multiple power settings – starting at 450bhp/420lb ft – the driver can select the mode most appropriate to the terrain and conditions. Mated to a 5-speed sequential dog-box (which is capable of being run with paddle-shift or stick-shift), the ACS features full-time four-wheel drive managed via mechanical, plated limited-slip differentials front, centre and rear.

As you might imagine the ACS’s suspension is equally extreme. With significantly raised ride height and featuring a pair of long-travel 5-way adjustable dampers at each corner, the ACS is primed to tackle harsh terrain at racing speeds. Forged aluminium 8x16in rims are wrapped with BF Goodrich All-Terrain tyres for maximum purchase on loose surfaces.

Perhaps most the most remarkable thing about this truly remarkable project is the as-yet unnamed client has commissioned not one but two cars; the Parallax White machine you see here, focussed on high-speed desert rallying and a second ACS – finished in Corsica Red – configured for higher-speed, high-grip tarmac events.

Predictably Singer is remaining tight-lipped about the cost of the ACS project, though it’s hardly wild speculation to say it must be comfortably into seven figures. You might expect such a personal project to remain just that, but those with the necessary bunce will be pleased to know that rather than keep it to themselves the commissioning owner has agreed that Singer and Tuthill can build further cars.

Even better, a small footnote to Singer’s ACS press release states “support packages for racing and maintenance will be available”, which leaves us with the tantalising prospect of seeing examples of this mighty machine tackling some of the world’s toughest and most iconic off-road events in years to come. 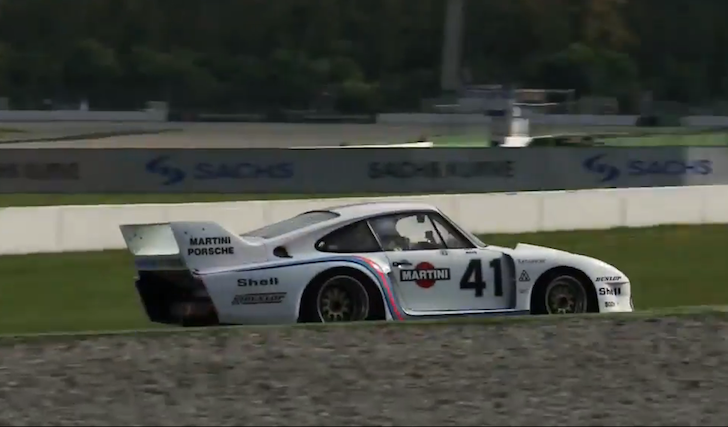