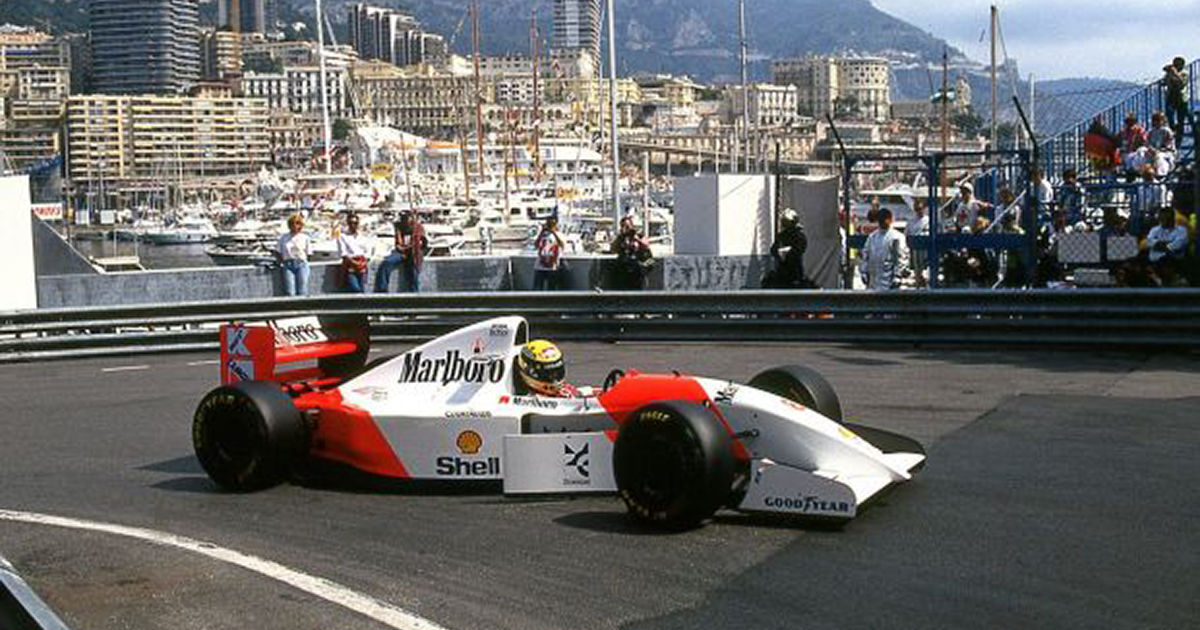 Ayrton Senna’s 1993 MP4/8A F1 sold for $4,949,000 (including the buyer’s premium) at Bonham’s Monaco sale, which was held in conjunction with the Historic Monaco Grand Prix. Fuelled by the nostalgic setting, persistent bidders vyed for ownership of the coveted McLaren icon.

Senna failed to win the title in 1993, but the McLaren-Ford MP4/8A he drove during that season remains one of his best-recognised cars. Like its title-winning predecessors, the MP4/8A was clad in the famous red and white Marlboro livery.

The car, chassis number 6, was a significant one for Senna during the 1993 season. He drove the car in eight events that year following its debut at the Spanish Grand Prix that May, and took victory next time out on 23 May 1993 in Monaco – so it was fitting that the car crossed the auction block, 25 years after the win. That victory was to be his sixth in Monaco – a record that stands to this day.

Senna raced chassis 6 again at the Canadian, French, British, German, Belgian and Italian GPs, and while those races were all dominated by Williams – with four victories going to Alain Prost and three to Damon Hill – after which it was relegated to the spare car. Senna finished second in the 1993 championship, bolstered by victories in Japan and Australia at the end of the season.

Ayrton’s efforts at the time were enough to put McLaren ahead of Ferrari as the most successful team in F1 history, and while Ferrari later retook that title (as of 2018, Ferrari has 229 wins to McLaren’s 182 – largely thanks to the efforts of Michael Schumacher in the early 2000s) it was undoubtedly a purple patch for the Woking-based constructor.