With more power and some chassis revisions, the new M3 CS is certainly the sweetest driving M3 of this generation… but at a high price 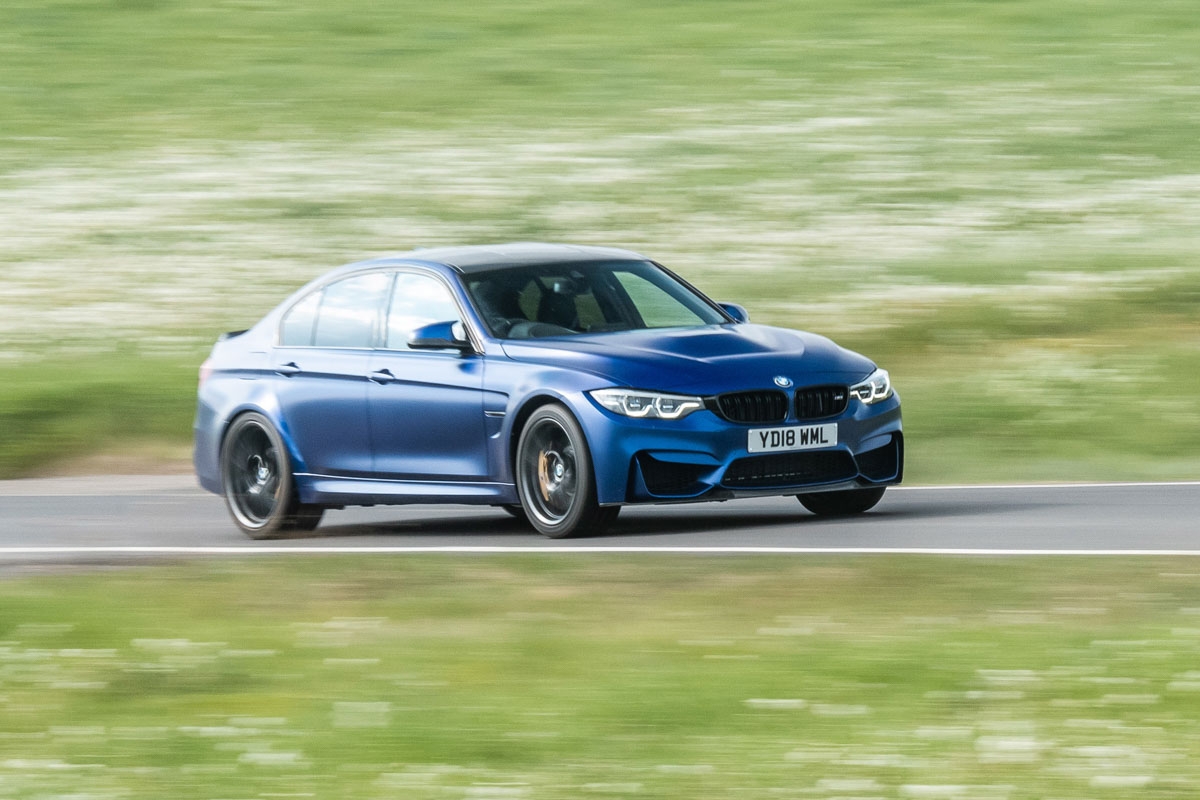 This is the new BMW M3 CS – the brother to the M4 CS that BMW launched last year – and it’ll be this generation of M3’s glorious swan song with production ending in the summer. It has more power and torque and is the most powerful road-going M3 ever produced. With suspension tweaks, Cup tyres and set of styling upgrades, it may well be the finest example of this generation of M3.

BMW says production will be limited to around 1200 units worldwide and they’re selling fast despite an $115.3k price tag that looks a trifle optimistic to say the least. We went to the Nürburgring to test the car on the roads around the iconic track to see if it is as good as the hype suggests.

The CS is based on the latest M3 Competition Pack model and utilises the same springs and dampers although for this application the software calibrations have been retuned for the Adaptive M dampers along with those of the Active M differential and the electric power steering.

Other than tweaks to the car’s underpinnings the M3 CS broadly follows the styling of the M4 CS that was launched last year. There’s plenty of carbonfibre in evidence with a new carbon front splitter, gurney flap rear spoiler and rear diffuser while the front bonnet is also made from carbon fibre and features the large cooling duct first seen on the M4 GTS. Like on all non-sunroof M3s, the roof is also made from carbonfibre. Poking out from the rear diffuser is an M sports exhaust system with M etched into the tips.

There’s only one transmission option, the seven-speed M Dual Clutch Transmission, and thus equipped BMW claims a 0-100kph time of 3.9sec (0.1sec quicker than the Comp Pack) and a top speed of 278kph thanks to the standard M Driver’s pack that’s usually denied to UK buyers.

Despite a 10bhp power hike and a loss of 10kgs from its kerb weight, you’re probably not going to notice a surge of additional performance in a straight line, but it still feels strong while the additional torque does make itself felt when punching out of corners. It also feels slightly more eager right at the top of the rev range.

It sounds superb thanks to the CS’s retuned sports exhaust – there’s a more organic note to it with less of the augmented sound found in the standard M3. At full chat it rewards with a delicious deep-chested howl and plenty of pops and bangs when coming on and off the throttle or changing gear.

It’s the chassis revisions and the Cup 2 rubber that really make the CS though and the greatest benefit is to the steering which feels more direct and makes the M3 turn in with greater precision and less understeer that before. There’s real bite when committing to a corner – and small inputs are immediately rewarded with detailed movements. At the same time the rear axle is more planted and with that boost in torque the CS will bound eagerly out of corners. The changes BMW has wrought may be minor but they’re very effective in making the CS a thrilling drive, especially in the dry conditions we tested under.

It’s here that the M3 CS begins to look a trifle silly with an on-the-road price of a faintly ridiculous $115,870. Or to put it another way, $31k more expensive than a DCT-equipped normal M3 and $27,000 on top of the already excellent M3 Comp Pack with the dual-clutch ‘box. Yes, the CS does come with a unique set of spoilers, interior embellishments, chassis revisions and those wheels and tyres but it’s quite a price hike over the ‘normal’ M3 models. If you could fit a set of Cup 2s to an M3 Comp Pack you may well have the best of both worlds at a far lower price.

With its sharper focus the M3 CS doesn’t really have any direct rivals with the Audi RS4 (currently only available as an Avant) not offering the sort of driver involvement you get with a CS. Mercedes’ C63 S might have the beating of the M3 in the horsepower stakes but it’s nowhere near as finely honed as the M3 CS either.

The CS is effectively in a class of its own, both in terms of pricing and driving experience, and while it is a limited run model, it’s a high price to pay for exclusivity. It’s also worth noting that if fast four-doors are your thing you could have a new M5 for more or less the same money…