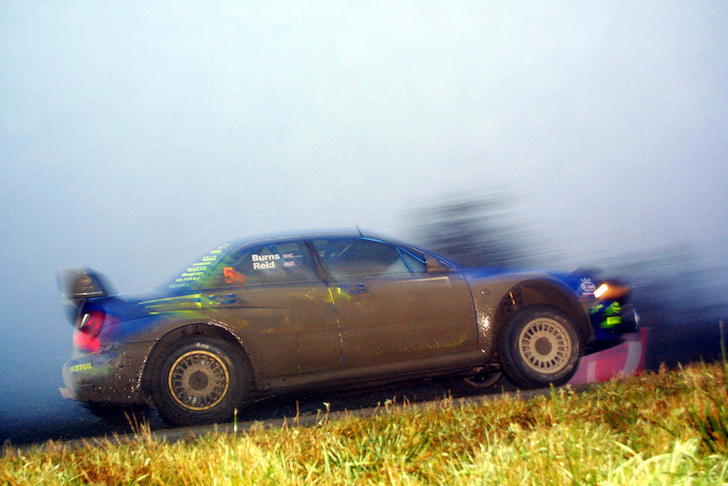 14 years ago yesterday in 2001, Richard Burns took both his – and England’s – first World Rally Championship. Just four years later – eerily to the day – he was gone, having succumbed to a brain tumour, The Englishman’s title remains, hitherto, the last time a British driver has taken the WRC crown.

After intermittent seasons with Mitsubishi (during which he took his first WRC rally victory at the ’98 Safari Rally), greater success would follow during his tenure with Subaru, culminating in three victories and the runner-up spot in ’99 first time out the box with Impreza WRC99. A further four victories and another runner-up spot in 2000 were merely the prelude to his ’01 success, a superb consistency rather than out-and-out victories securing the crown, a podium on home turf the icing on the cake. You can watch on-board footage of both Burns and co-driver Robert Reid on stage 14 of 2001 Rally Great Britain below.

Now with Peugeot and with 12 more podiums under his belt with the 206 WRC, Burns looked poised to regain the WRC crown in 2003 (and re-join Subaru for 2004) until a blackout en-route to the season finale in Great Britain led to his withdrawal from the season. Even despite successful surgery, the effects of his ailment would kick in hard over the months and years that followed, though his fan base never faltered. They, like us, can only wonder what might have been on Rally GB in 2005 had things gone differently.