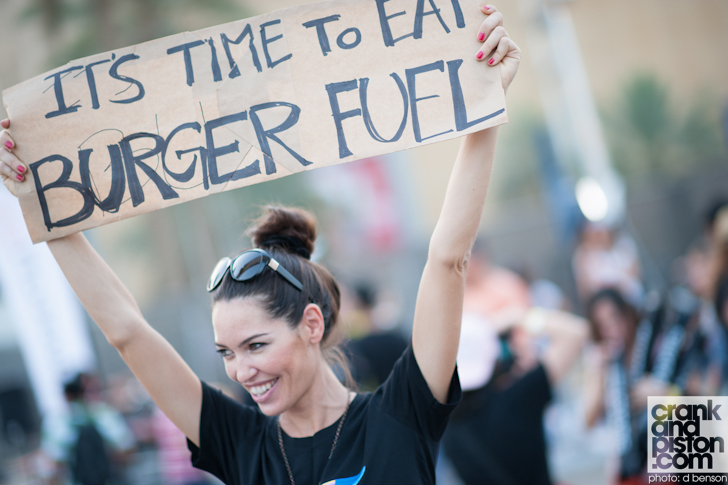 For some reason we suddenly felt rather peckish, and having slammed a cheeseburger apiece and gwaffed another couple of Red Bulls, we dived back into the ever-growing crowd. 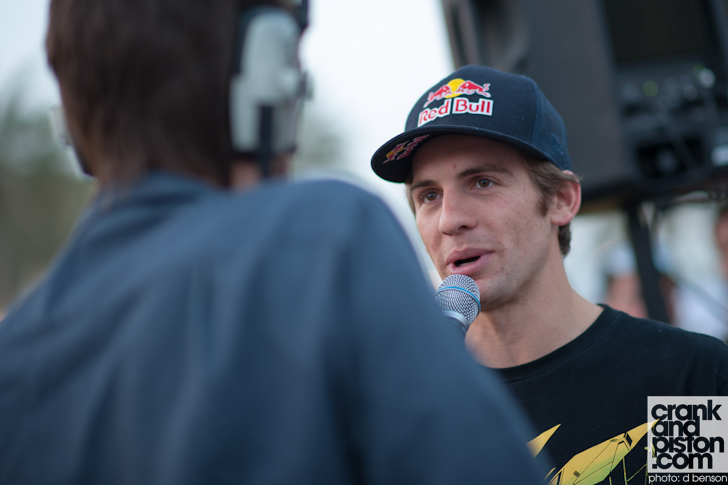 And ran straight into Josh Sheeran, a former X-Fighters event winner in 2011. The Aussie hadn’t faired too well during the previous day’s qualifying session, though he was still feeling pretty confident ahead of the evening’s main event.

“It’s great to be back for starters!” Josh explained. “Last year was a lot of fun, on the beach, and this year it’s awesome to be able to check out the city and perform in front of the Burj Khalifa. There’s a lot of options available in the course, and that brings a lot of variety to our tricks. 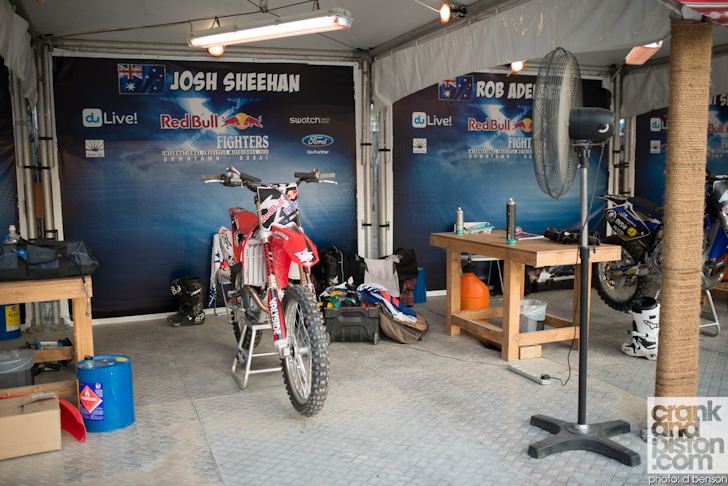 “There’s going to be a lot of big stuff out there. In the first few hours we had to make a few changes to the track, but now everyone’s feeling pretty comfy and yeah, I think this is going to be a great event.

“I slid out on one of my tricks in qualifying, and I surprisingly wasn’t that worried about the competition. But now I am a little bit! I just have to relax now, have fun and just do the best I can. 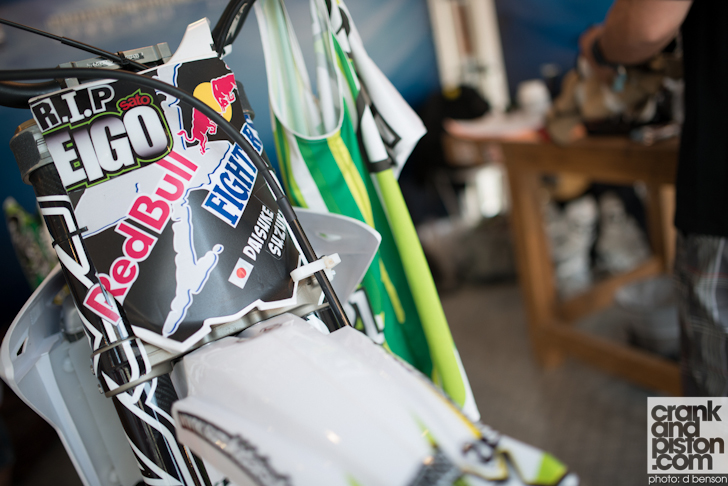 Whilst we were busy disturbing X-Fighter riders mere minutes before they are due to appear on Virgin Radio (any regular listeners may have been wondering what the hold-up was), crankandpiston division II was busy hauling its way into the rider’s enclosure for a sneak peak at pre-event tune-ups underway. 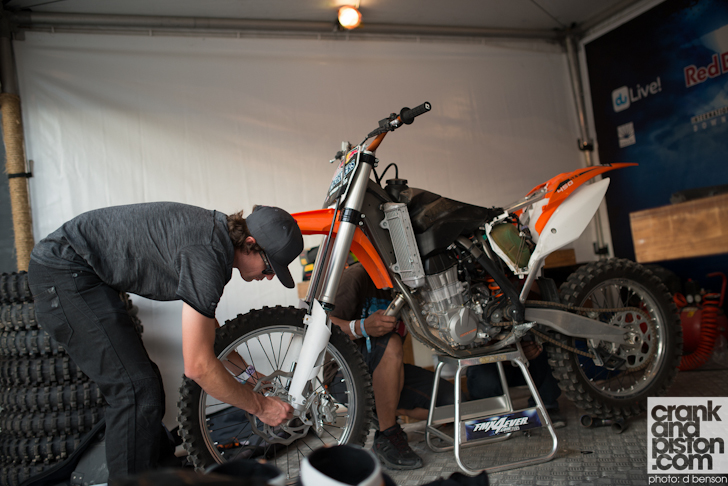 Fear not suddenly panicked Red Bull executives, we didn’t touch anything. In fact, with most riders out and about getting themselves ready for their grand entrance, there were few of them around to talk to. The amount of kit that travels with the X-Fighters circus though had us fully prepared for an energetic night of flying Yamaha YZ 250s, Honda CRF 450s and KTM SX 250s.

By 8.30pm, darkness had fallen, a pretty sizeable crowd had formed on the bridge overlooking the stadium, and traffic into Dubai Mall was being held up nicely. Suddenly a quiet buzz was replaced by ‘Galvanise’ by Chemical Brothers being played at ear-drum bleeding volume through the arena speaker system. Cue all eleven riders for a few crowd-pleasing warm-up stunts. 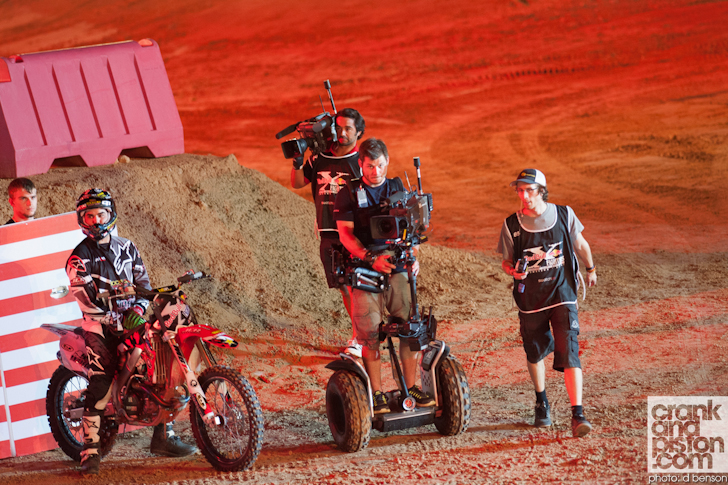 The tournament started with an elimination round, with the riders that had ceded eighth through eleven after qualifying the day before now performing for the last remaining spot in the quarter finals. After spectacular runs from Todd Potter (USA), Daice Suzuka (JAP), Maikel Melero (ESP) and, of course, Sheehan, ultimately it was Melero who won the crowd over (84.9 points to Sheehan’s 84.5) and advanced into the quarter finals. Choosing ‘Ganghnam Style’ to accompany his run had clearly been a good choice.