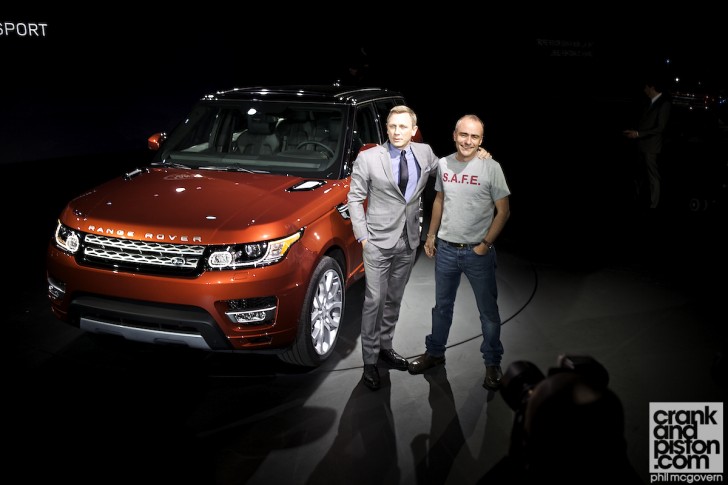 Anybody remember the last time James Bond got behind the wheel of a Range Rover? Said Sport ended up thumping with intent into most of the cars in a hotel parking lot in the Bahamas. Cue several appropriately frenzied looks from the security team in Casino Royale.

Land Rover executives could be forgiven for breathing a sigh of relief then when Craig – Daniel Craig – unveiled the brand new Range Rover Sport in Manhattan ahead of this year’s New York Motor Show. Rear bumpers were left untarnished and keys remained unflung as the barrage of Canon and iPhone flashes began when the covers were dropped.

Given how well the looks of the fourth generation Range Rover went down on both its regional debut and the launch drive in Morocco, we’re expecting the new chiselled looks of the Sport – which include new vents in the bonnet, more aggressively styled air intakes, and restyled exhaust pipes – to prove a big draw in the Middle East. Whether the new paintwork can withstand a hail of semi-automatic machine gun fire from 007’s old Soviet nemesis remains to be seen.

But there’s also grunt, and fair fistfuls of that to boot. From a sizeable 5.0-litre supercharged V8 comes 510hp and 50/50 torque split, enough to rip trees from the ground just by the power of thought but also enough to shoot the Sport from 0-100kph in under five seconds, nearly a second faster than its predecessor.

Of course the ‘fastest, most agile and responsive Land Rover ever’ has more to its arsenal than out and out grunt. Q’s boys at Land Rover have also configured new lightweight suspension, revised dampers and anti-roll bar design, a sharper ZF eight-speed gearbox and weight saving of up to 420kg (thanks to one aluminium door casing and another, and lighter high-strength steel supports), evasive action through market stalls and London traffic at rush hour should be a breeze.