LosGoonies send the tyre smoke billowing. No, not down by the Goon Docks. 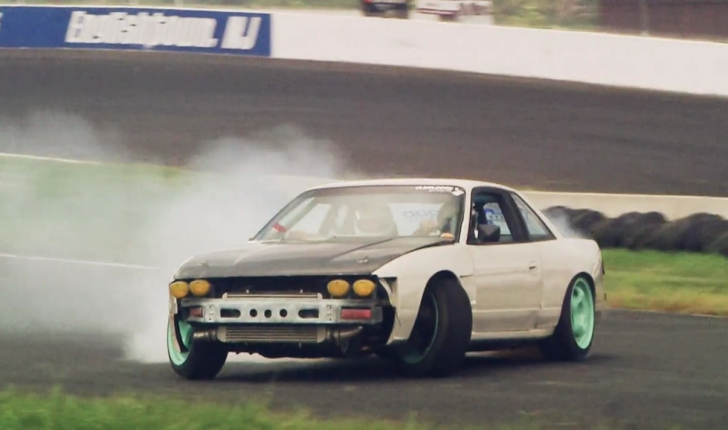 When the Goonies set off for adventure, GoPro cameras and helmets weren’t on their itinery, their speciality being more Spanish treasure maps and mysterious artefacts. Truffle shuffles and One-Eyed Willie were less of a draw for LosGoonies either whilst they busied themselves hooning stripped rear-wheelers sideways around perilously close to the oval wall.

‘What a thrill’ is right, but on this occasion Cyndi Lauper took a backseat to Fatman Scoop’s Be Faithful. We did ask. Richard Donner apparently handed director duties to Josh Lowell, and Stephen Spielberg wasn’t listed as executive producer.